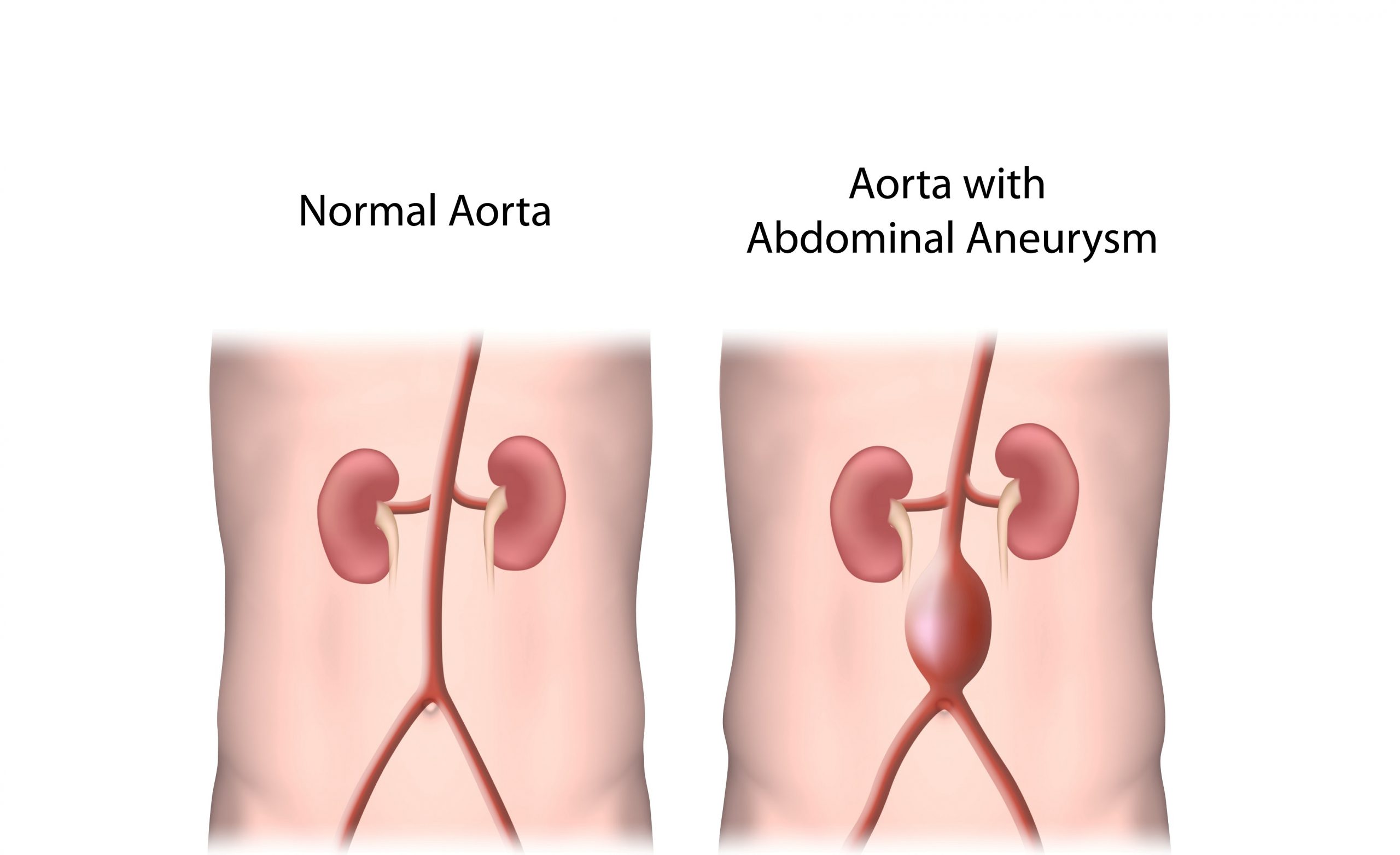 An abdominal aortic aneurysm (AAA) can be a life-threatening condition that requires monitoring or treatment – possibly involving surgery — depending on the size of the aneurysm, symptoms and other factors.

But for many people with AAAs, there are no symptoms – and that’s why understanding risk factors and when to see a doctor to get screened or treated is so vitally important.

The aorta is the largest blood vessel in the body, bringing oxygenated blood from the heart to the rest of the body. An aortic aneurysm is a bulging, weakened area in the wall of the aorta. Over time, the blood vessel swells and is at risk for bursting (rupture) or tearing (dissection). This can cause life-threatening bleeding and possibly death.

Aneurysms occur most often in the part of the aorta that runs through the belly (abdomen). Once formed, an aneurysm will slowly get larger and weaker.

Brian Schiro, M.D., vascular and interventional radiologist at Miami Cardiac & Vascular Institute, and medical director of the Baptist Hospital Peripheral Vascular Lab, explains that most cases are diagnosed “incidentally” during imaging tests performed for reasons not initially linked to AAAs.

Most Cases are Asymptomatic

“Most patients don’t have any symptoms,” said Dr. Schiro. “Whenever these are discovered, the vast majority are incidental — when the patient is having some other type of scan, for instance, if the patient’s having a CT because they’re have some abdominal issue or some problem with another organ. Maybe they are getting a CT scan to look for colon cancer or an ultrasound to look for gallstones, or something else that has led them to these studies.”

The biggest concern is that having AAA-related symptoms likely indicates that the aneurysm may have grown to a dangerous size, requiring immediate medical attention. Pain is the most common symptom of an AAA, most commonly in the abdomen, chest, lower back, or groin area. The pain may be severe or dull. Sudden and severe pain in the back or abdomen may mean the aneurysm is about to burst. An AAA may also cause a pulsing feeling, like a heartbeat, in the abdomen.

“Symptoms associated with AAAs are usually in the more advanced patients, where they have larger aneurysm,” said Dr. Schiro. “Those are sometimes found by the primary care physician who feels a, a palpable mass in the abdomen that usually leads to a scan. Sometimes, those patients present with symptoms that may be related findings of a contained rupture of the aneurysm or to an unstable aneurysm. But these patients represent a smaller percentage. Again, the vast majority of patients are asymptomatic.”

The breakdown of the aortic wall tissues can lead to an AAA. Most experts believe atherosclerosis, or the buildup of plaque, plays a key role. Atherosclerosis is caused by the deposit of fatty substances, cholesterol, cellular waste products, calcium, and fibrin in the inner lining of an artery. Risk factors for atherosclerosis include: Being older than 60, being male (men are more likely to develop an AAA than women), and a family history of the disease in a parent or sibling. The top preventable risk factors are smoking, high cholesterol, high blood pressure, diabetes and obesity.

“The biggest risk factor, by far, is smoking really,” said Dr. Schiro. “Others include cardiovascular risk factors, such as high cholesterol and high blood pressure, and problems with blood vessels in other systems, such as the coronary arteries or the carotid arteries or lower extremity arteries. But smoking is certainly the biggest risk factors. The other big risk is having a family member that has had an aneurysm. That would be a primary relative that includes a mother or father, sibling or children that have had aneurysms. Those patients are also at risk of develop AAAs as well.”

Treatment Depends on Size of AAA

The size of an AAA matters a great deal. Smaller AAAs, usually less than 5 centimeters, can be monitored over a certain period of time. Smaller AAAs may have a very low risk of rupturing, but should be watched. Your doctor will likely require an ultrasound test every 6 to 12 months to monitor for aneurysm growth and risk of rupture. Lifestyle changes that help control blood pressure and other risk factors, along with prescribed medication, may help control the aneurysm.

“Once we get to that threshold of 5 to 5.5 centimeters, we know that as the aneurysm continues to increase in size, the higher the likelihood that the aneurysm will rupture,” said Dr. Schiro. “We’ve seen aneurysms that get to as big as 12 or 17 centimeters, but smaller ones rupture as well. We know that bigger they are, the more likely that they will rupture. And we know that the risks of surgery or the endovascular treatment is going to be lower than the risk of rupture of that aneurysm.”

Before the advance of minimally invasive procedures to treat AAAS, most patients underwent an “open repair” that involved a large cut (incision).  This is made in the belly to let the surgeon see and fix the AAA. Fortunately, the vast majority of surgical repairs now are minimally invasive, referred to as endovascular aneurysm repair, or EVAR. An EVAR requires only small cuts in the groins. Using X-ray guidance and specially-designed tools, the interventionalist can fix the aneurysm by inserting the stent, or graft, inside the aorta.

EVAR, however, requires life-long monitoring to make sure the graft stays in place and to monitor for other potential, long-term complications.

“During EVAR, we place a large stent within the blood vessels, and it allows the blood to flow through the stent rather than flowing directly through the aneurysm,” explains Dr. Schiro. “It takes the pressure off the walls of the aneurysm and allows the blood to flow through. A big advantage of having the endovascular repair is that it’s minimally invasive, requiring a much shorter hospital stay, compared to patients who have to go through traditional ‘open repair.’ After EVAR, patients typically stay one to two nights following the procedure, whereas patients that have open repair usually stay about a week or two, depending on how they recover from the surgery.  Surgery also requires a prolonged recovery period.”

The importance of getting screened for AAAs, especially if you have risk factors, cannot be overstated because of the condition’s life-threatening nature.

“It’s critical to understand that it is a fatal disease if it’s not discovered and treated,” emphasizes Dr. Schiro. “The ones that we find in asymptomatic fashion are great because we are able to treat those before they get to the point of causing a life-threatening problem. But there are certainly many patients that present with a ruptured aneurysm, which means that, unfortunately, it wasn’t discovered sooner. Many patients die before they make it to the emergency room when these rupture, and some patients who have presented to the emergency room are too critical to treat at that point. So, we can’t stress enough to see your doctor and get screened.” 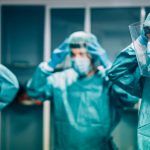 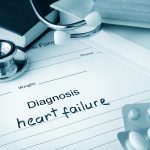