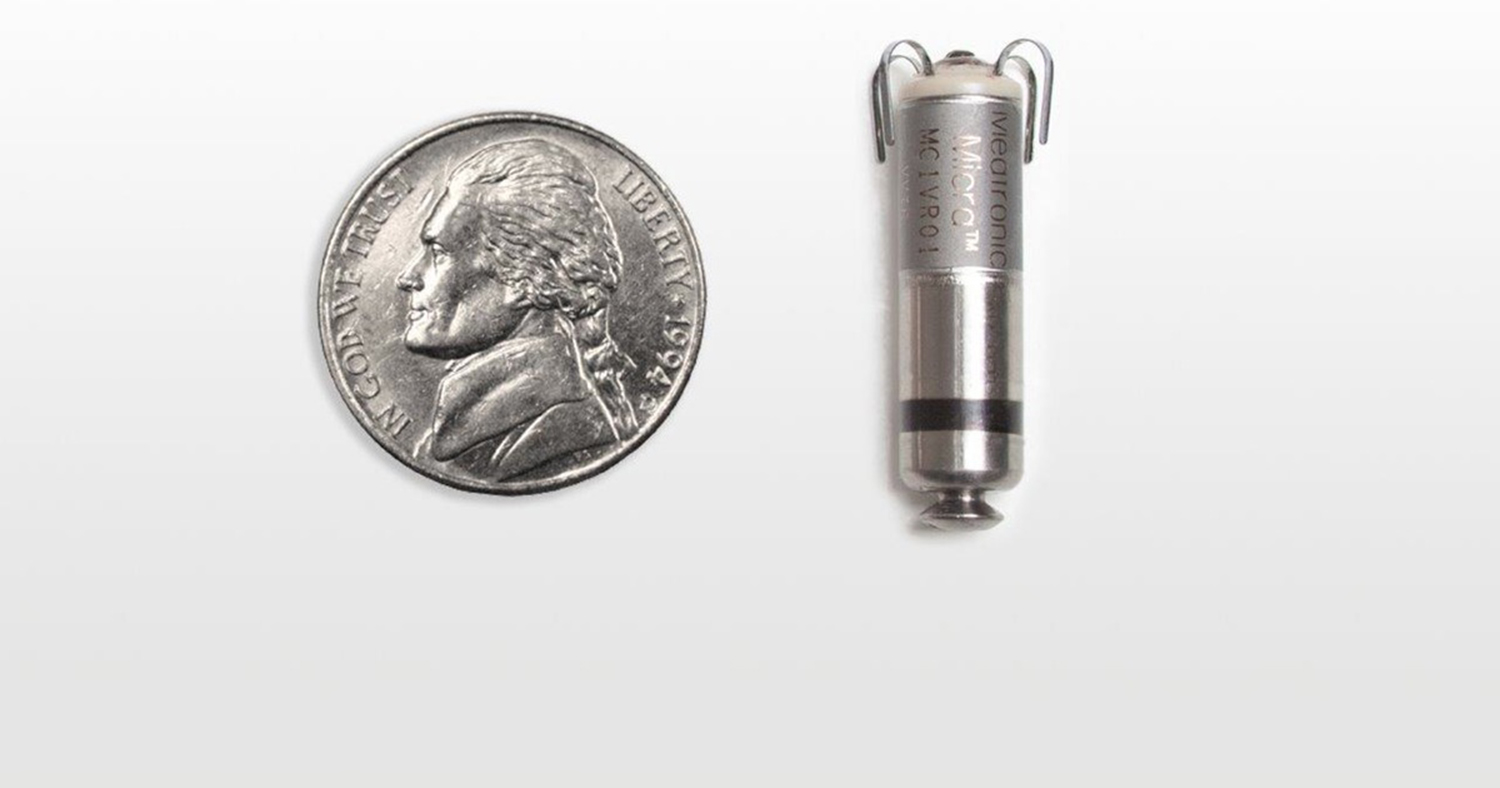 The days of bulky, wired devices implanted under the skin in a heart patient’s chest are numbered, thanks to the world’s smallest pacemaker, the size of a nickel, which was approved just last month by the U.S. Food and Drug Administration.

Like many things in the digital age, devices are advancing at a pretty good clip, and this applies to the venerable pacemaker, surgically implanted devices that generate electrical impulses to treat irregular or stalled heart beats.

Nearly 1 million people worldwide are implanted with pacemakers each year. The first pacemaker implantation was performed in 1958.

Oldest Patient is 98 Years of Age

The youngest patient was a 58-year-old man; the oldest a 98-year-old woman. All are doing fine, the doctors said.

“This is the future, no question about that,” said Dr. Gonzalez. “The wired pacemaker will go away. It will be a totally different ball game and the benefits to the patient will be significant.”

The primary benefit to the patient with the Micra Pacemaker, which is manufactured by Medtronic, is fewer complications, some of which can be serious. Those complications include tears or infections to the skin, heart injury, device dislocation and even blood clots. Another advantage: the smaller pacemaker is MRI safe, creating more opportunities for accurate and safe follow-ups, as needed. Magnetic resonance imaging can capture images without exposing the body to ionizing radiation. 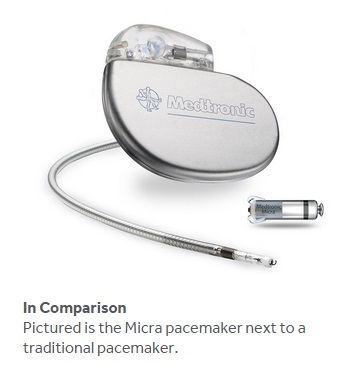 “As in many things, size does matter — but it’s not just about the size,” said Dr. Hrachian. “It’s about the way the technology has changed, with the introduction of a new system. Existing pacemakers have wires connected to them and these wires sit in the heart. We’re changing over to a new paradigm.”

The wire leads in a traditional single-chamber pacemaker run from the device implanted under the skin near the collarbone, through a vein directly into the heart’s right ventricle. The leads deliver electric pulses from the generator to the right ventricle, and help coordinate timing of the chamber’s contractions.

Micra Pacemakers eliminate these leads, which can sometimes malfunction or cause problems when infections develop in the surrounding tissue, requiring a surgical procedure. A Micra Pacemaker is expected to last up to 12 years in a single patient before a replacement may be needed, compared to between 5 and 10 years for traditional pacemakers.

“We take away the wire component and the entire system is self-deployed and it sits in the heart and delivers the capability that we want without any wires,” said Dr. Hrachian. “Therefore, no surgery is needed for placing under the skin.”

How the Micra Pacemaker Works

The Micra is self-contained and is placed in a patient in a procedure similar to that of a heart catheterization. The device is threaded into the heart through a vein in the groin.  It is then situated in the muscle of the heart where it monitors the heart rhythm. (See video illustration.)

“The risk of infection is very minimal, almost negligible, and this is a problem with traditional pacemakers where skin disease or cuts can appear because of the wiring,” said Dr. Gonzalez. “This is what happens when you successfully apply nano technology to pacemakers and the overall medical field.”

The Institute is expected to begin offering the Micra Pacemakers to certain heart patients in coming weeks. Currently, a small percentage of patients with irregular or stalled heart beats are candidates for the world’s smallest pacemakers. But Drs. Gonzalez and Hrachian both says it’s only a matter of a few years before all pacemakers are as small and complication-free as the Micra.