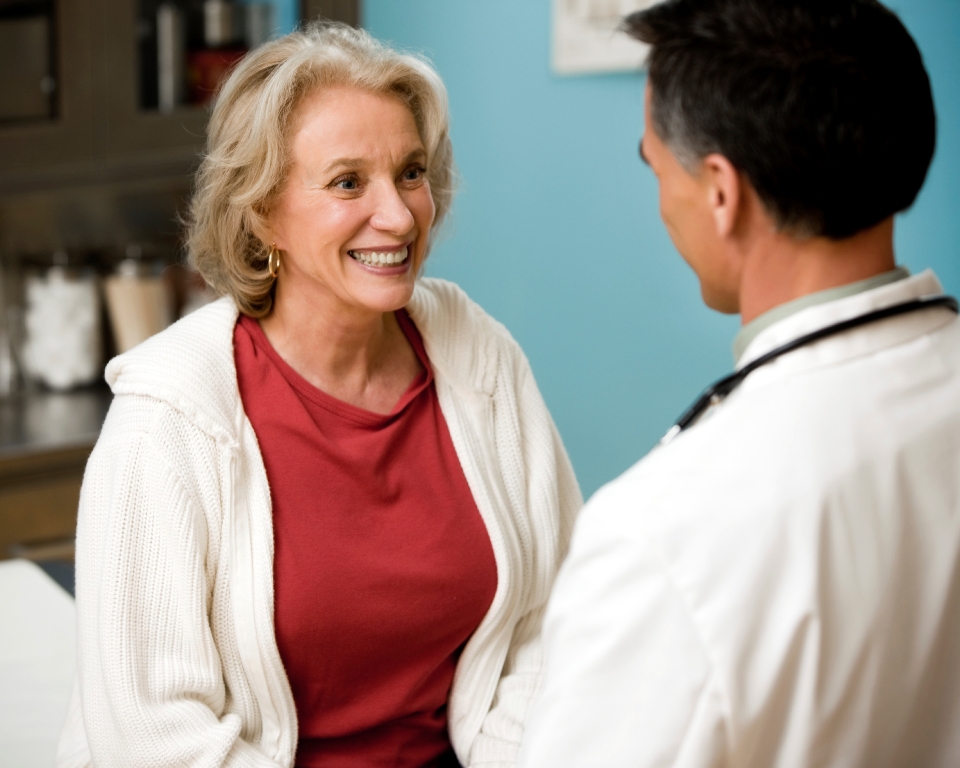 Along with fall temperatures, September brings a cause for celebration this year. As the nation observes Ovarian Cancer Awareness month, a look at recent studies reveals good news – women diagnosed with the disease are living longer, and survival rates have increased. Experts believe that a combination of greater public awareness and advances in treatment, including more aggressive, targeted surgical procedures and chemotherapy, have made the difference.

However, vigilance remains the best course, doctors caution, particularly for women with a family history of ovarian cancer.

“We should be tempered, but excited,” said Ricardo Estape, M.D., gynecologic oncologist at Center for Robotic Surgery at Baptist Health South Florida.

Long viewed as an aggressive cancer with low survival rates, a recent study found that for women in all stages of ovarian cancer, rates of survival significantly improved between 1975 and 2011. Women were about 50 percent less likely to die of ovarian cancer in 2006 than in 1975. The study, by researchers at Columbia University College of Physicians and Surgeons, was published in the June issue of Obstetrics and Gynecology.

Symptoms of Ovarian Cancer
Because symptoms could easily be mistaken for minor illnesses, it has traditionally been diagnosed late, making it more difficult to treat successfully.

“Awareness, including the whole Angelina Jolie story, has been helpful. She brought some really positive attention to the idea of screening, helping people understand their family histories better, and then come to their doctors to try to figure out if they should get tested or not for the BRCA gene,” Dr. Lambrou said

To stay on top of symptoms, in addition to regular primary care, women should see their gynecologists.

“If they’re having GI symptoms that are persistent they should also see their gynecologist. That’s a great starting point, because this is going to be on their radar,” Dr. Lambrou said. “If they have a woman presenting with GI symptoms they’re going to order an ultrasound and look at her ovaries.”

Treatments for Ovarian Cancer
Treatment has also advanced far beyond what patients would have found even a decade ago, including more aggressive surgery and chemotherapy.

“Cancer is treatable with surgery and chemotherapy, and we’re able to do a lot more surgically,” Dr. Estape said. “We can get more disease out.”

“The standard now is that patients should not only get chemotherapy in their veins, but in the belly, with the use of intraperitoneal chemotherapy (IP),” said Dr. Estape.

Following surgery to remove the tumor, cancer fighting drugs are delivered into the abdomen through a catheter, often placed there during the procedure. While clinical trials have shown that new drugs improve survival rates, he said, the rates of survival are much bigger with IP.

“If you look at what happened with the development of intraperitoneal chemotherapy, it improved survival by 20 months,” Dr. Estape said. “That’s a huge difference.”

A study, published in August in the Journal of Clinical Oncology found that while use of IP has increased significantly, less than half of eligible patients actually receive the treatment.

One reason might be a lack of awareness of the benefits of IP, Dr. Lambrou said. When women are diagnosed with ovarian cancer, the treatment should be explained, giving them the option. Referral to a gynecological oncologist would help women ensure that they are receiving the right surgical procedures, he said.

In addition, he said, recent research suggests that some ovarian cancer may actually begin in the fallopian tubes. For this reason, most gynecologists now advocate removing fallopian tubes electively during a hysterectomy. Prior to recent findings, the tubes were not removed.

Today, Dr. Lambrou said, understanding genetics is important not only for prevention, but treatment. Women who have advanced ovarian cancer associated with defective BRCA genes can now be treated with Lynparza, a new pill approved by the FDA last year. The drug is effective for many women and has few side effects, he said.

Dr. Lambrou also uses Avastin, a biologic agent. When added to chemotherapy, it inhibits formation of new blood vessels, which impedes new tumor growth. The non-toxic agent has become the standard of care for ovarian cancer, he said, increasing the interval between an occurrence of the disease.

Another treatment, CyberKnife Robotic Radiosurgery, is a noninvasive surgery alternative that delivers targeted high dose radiation to the cancer. CyberKnife pinpoints treatment, minimizing damage to healthy tissue. Dr. Lambrou uses this cutting-edge procedure to treat women with recurrent ovarian cancer. Not yet widely used, he said, the procedure has been effective.

Genetic Testing and Prevention
For prevention of ovarian cancer with an oophorectomy, women with the defective BRCA gene, should be counseled by a gynecologic oncologist about the procedure between 35 and 40 years of age, at least 10 years before menopause may begin. Women with the gene have up to a 50 percent risk of developing ovarian cancer, Dr. Lambrou said.

Other key developments have also played a role, he said. Genetic testing is more affordable and available today because more companies can now offer the tests. Insurance companies recognize the value of prevention and early detection, versus extensive surgical treatments and chemotherapy.

“What was happening 10 years ago was not just the cost being prohibitive. There was concern about what your insurance company would do with that information. We have come a long way.”