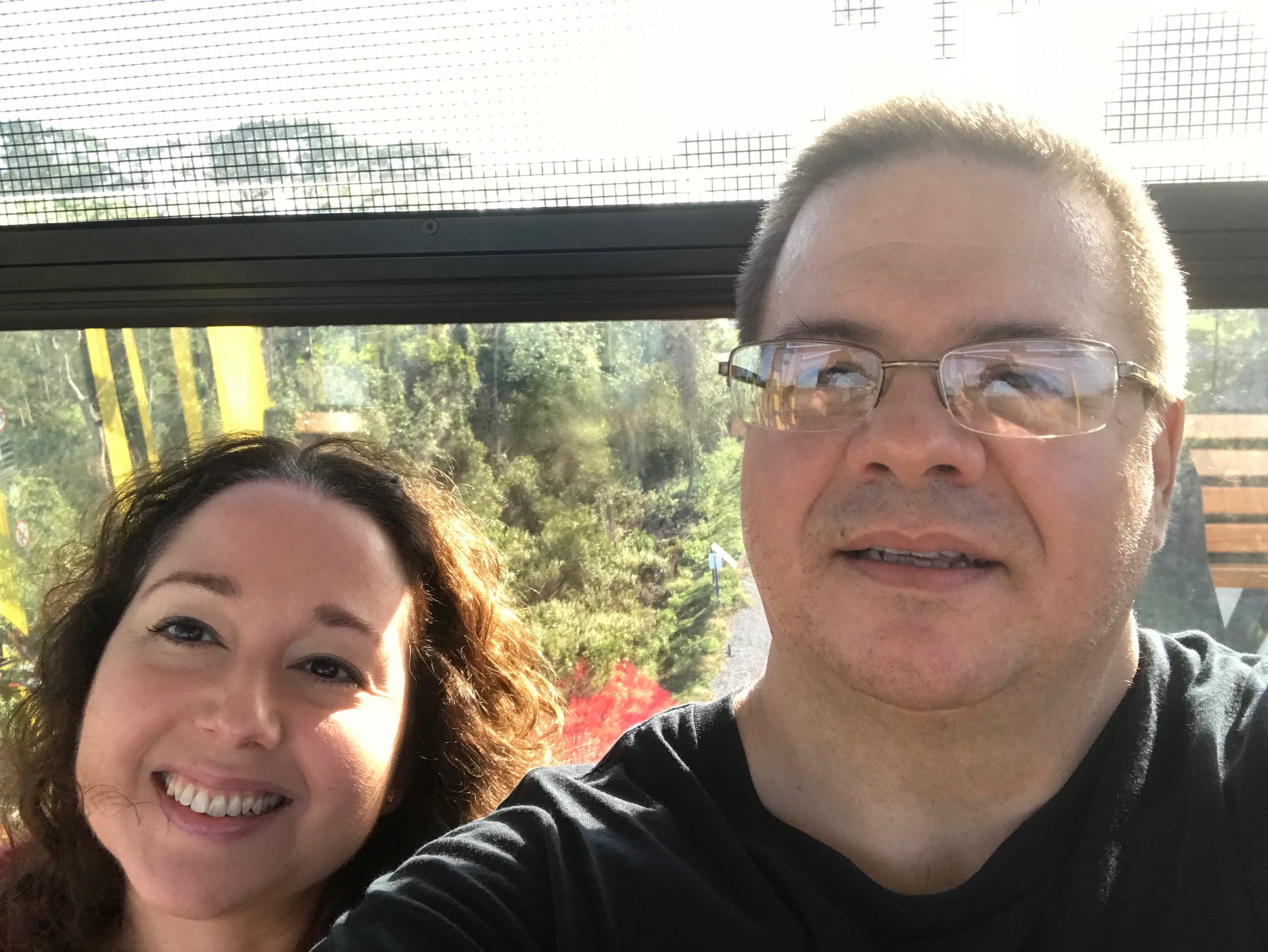 It was 2018, just before Thanksgiving, and Manuel “Manny” Delgado was looking forward to Thursday’s family feast at the West Kendall home where he and his wife, Judy, raised their three children. On Wednesday morning, however, he awoke feeling extremely dizzy. “I could barely stand. My legs were shaky and I felt nauseous,” he recalls. He laid back down, thinking it would go away. It didn’t. Instead, his dizziness grew worse and his nausea more pronounced.

Mr. Delgado, who was 47 at the time, thought he might be suffering from a sudden case of vertigo, exacerbated by his diabetes. “I hadn’t eaten all day because of my nausea, and I’m sure that wasn’t helping.”

Mr. Delgado and his wife decided to use their Baptist Health Care On Demand app to consult with a physician, just to be safe. Both of them were familiar with the telehealth service that connects patients with doctors around the clock, having used it several times previously for routine illnesses.

After evaluating Mr. Delgado, the doctor agreed that it did indeed appear to be vertigo but he said it could also be a stroke or something viral. Both Mr. Delgado and his wife had considered the possibility of stroke but he didn’t seem to have any of the obvious symptoms, such as slurred speech or weakness or numbness on one side of the body. The doctor prescribed some nausea medication and advised him to go to the hospital if his symptoms persisted for more than another hour or two.

A couple of hours went by and Mr. Delgado was feeling worse,  so his family called 9-1-1. “I felt like my brain was swishing back and forth in a big bowl of liquid, and I couldn’t stop vomiting,” he says. The paramedics arrived within minutes and started running tests on him, checking for signs of stroke among other things and making sure he could be transported to the hospital for further evaluation and treatment.

“They told me they were required to take me to the closest hospital – a regional hospital in West Kendall – but Judy wouldn’t let them,” Mr. Delgado recalls with a laugh. “I was born at Baptist Hospital and both Judy and one of my daughters work there. She wasn’t about to let the paramedics take me anywhere else.”

So, the paramedics helped him downstairs and into the Delgado’s car, and on Thanksgiving Eve Mrs. Delgado drove her husband to Baptist Hospital’s Emergency Room. “I had no balance at this point, no control over my legs,” he says. “But I was still thinking it was vertigo.”

Emergency room doctors who evaluated Mr. Delgado also thought it might be vertigo, as he still showed no obvious symptoms of a stroke. They performed a CAT scan and MRI, which could reveal damage from a stroke. “The CAT scan showed what appeared to be a tumor in my brain,” Mr. Delgado recalls. “That was ruled out by the MRI, thankfully, but the MRI revealed that I had had a series of several strokes in my cerebellum, the part of the brain that controls your balance. That’s why I thought I was suffering from vertigo.”

Stroke is the fifth leading cause of death in the U.S., according to the U.S. Centers for Disease Control & Prevention (CDC), and the leading cause of long-term disability. On average, someone in the U.S. has a stroke every 40 seconds and someone dies from a stroke every three to four minutes. Stroke can result from a traveling blood clot that blocks a blood vessel in the brain, or from a blood vessel in the brain that bursts, and symptoms often appear suddenly.

On Thanksgiving morning, doctors at Baptist Health’s Miami Cardiac & Vascular Institute performed another test on Mr. Delgado – a Magnetic Resonance Angiogram (MRA) – to look at his carotid artery. “They wanted to see if there was a clot that may have dislodged and damaged the vessels in my brain.” The MRA revealed nothing, nor did a subsequent sonagram of his legs. “No clots there, either.”

A hole in the heart

At some point, recalls Mr. Delgado, his doctors decided to do a bubble test, a simple test commonly used to detect the presence of some kind of opening or defect between the two halves of the heart – a condition that can lead to a transient ischemic attack (TIA) or stroke. “They wanted to see if I had a PFO, or hole in my heart, which could have caused my stroke.”

A PFO, or Patent Foramen Ovale, is a common congenital abnormality and not usually life-threatening. In fact, roughly 25 percent of U.S. adults have a PFO and don’t even know it, according to the American Heart Association (AHA). Sometimes, however, PFOs can lead to complications, including stroke.

Mr. Delgado’s bubble test revealed that he did indeed have a PFO in his heart. So, on the Monday after Thanksgiving, Ramon Quesada, M.D., an interventional cardiologist with Miami Cardiac & Vascular Institute, performed a routine, minimally invasive procedure known as a PFO transcatheter repair.

“I had the utmost confidence in Dr. Quesada – I’ve known and trusted him for many years,” says Mr. Delgado. “He actually implanted cardiac stents in my father years ago and I knew he was the best doctor for this procedure because he’s performed it so many times.”

In a separate procedure, Mr. Delgado’s cardiologist, Lauren Frost, M.D., implanted a tiny device just under the skin of his chest – a cardiac event recorder that would allow for continuous remote monitoring of his heart for the next couple of years and indicate if there were any undetected problems such as atrial fibrillation that an electrocardiogram (EKG) might have missed. Nothing abnormal was ever detected, Mr. Delgado says, and the device was removed last year.

Mr. Delgado’s case proved to be far more complicated than vertigo but today, almost three years to the day after he was driven to the Emergency Room at Baptist Hospital, he says he’s feeling much better and has much to be thankful for.

“I sure messed up everyone’s Thanksgiving three years ago,” he says. “Recovery took some time but I was able to do it without the help of physical therapy.” Today, he says he’s back to where he was before his stroke. “Maybe not 100 percent, but certainly 99.9 percent.”

One of the words Mr. Delgado heard many times from doctors and nurses during his week-long stay at Baptist Hospital was “lucky.” As in, “You had a stroke and you can walk? You’re so lucky!” Or, “You’re lucky – most people need months of physical therapy after a stroke and you didn’t even need a single session!”

As for his Thanksgiving plans this year? Mr. Delgado says he’s looking forward to a quiet time with his family…“at home.”