The Mississippi State Bulldogs and the Georgia Tech Yellow Jackets are hard at work preparing to do battle on the field of the 2014 Capital One Orange Bowl on New Year’s Eve at Sun Life Stadium.

But for a few hours today, players and coaches from both teams joined college football legends and community leaders for the 44th Annual Baptist Health Orange Bowl Prayer Breakfast in Support of Fellowship of Christian Athletes. The event was held at Jungle Island.

The breakfast featured Coach Frank Hall, who became a self-proclaimed “reluctant hero” when he saved students from a gunman who had opened fire in a cafeteria at Chardon High School in Ohio.

Also taking the stage was former Miami Hurricanes All-American and NFL great Micheal Barrow. A fierce linebacker in his playing days, he is now an ordained Christian minister.

Since 1954, the Fellowship of Christian Athletes (FCA) has “challenged athletes and coaches to impact the world for Jesus Christ. FCA is cultivating Christian-based principles in local communities nationwide by encouraging, equipping and empowering others to serve as examples and to make a difference.”

The Baptist Health South Florida News Team was there: Watch it now! 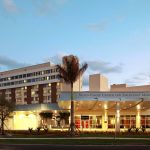 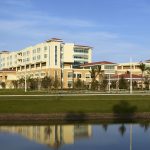 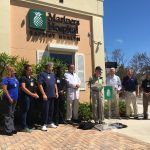