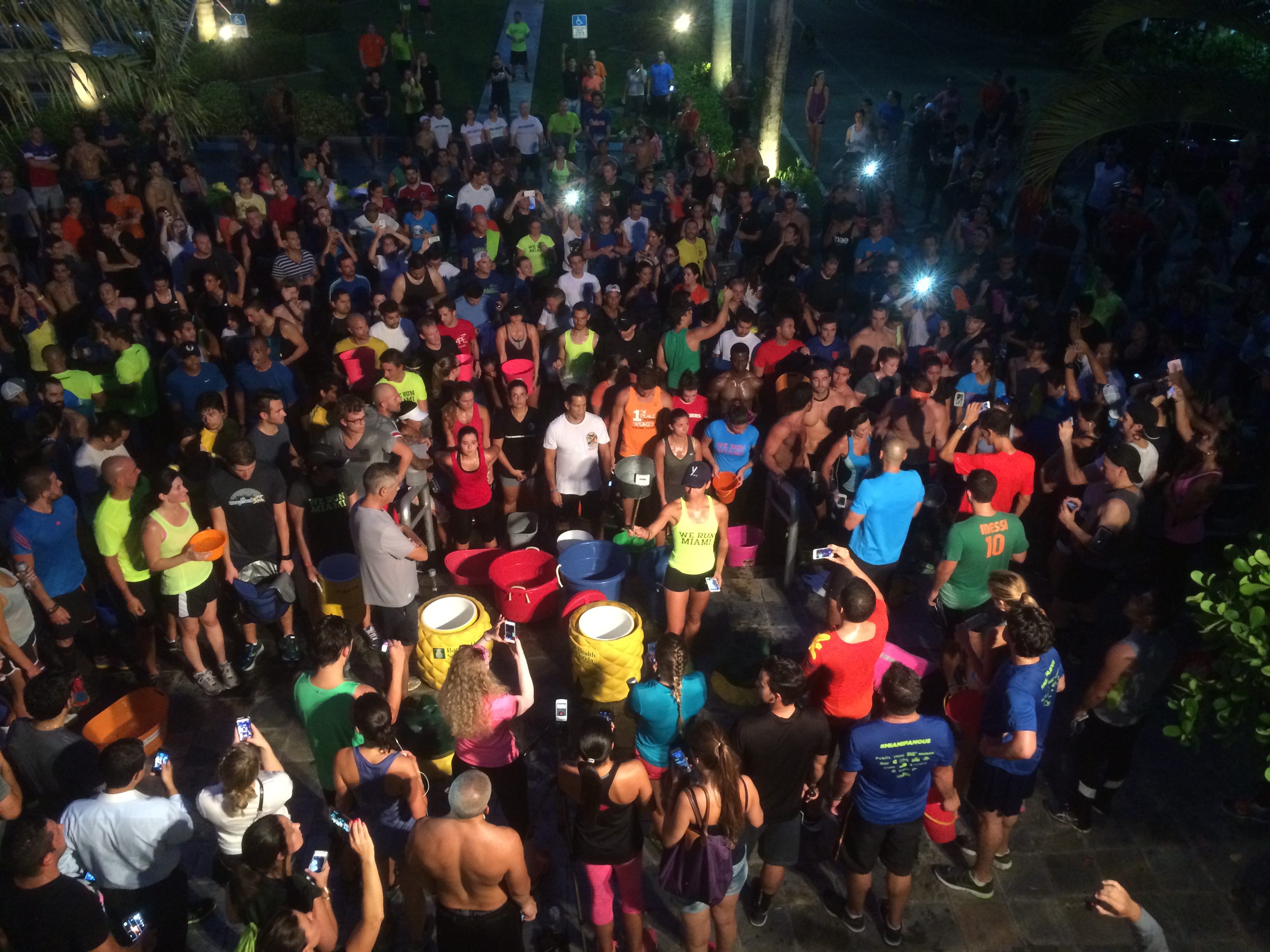 A serious cool-down took place on Brickell Avenue after a weekly workout, and all for a great cause.

Hundreds of members of the Baptist Health Brickell Run Club took the ALS Ice Bucket Challenge to the next level by dousing themselves after their three-and-a-half mile run through the streets of Downtown Miami.

More than half a million people have participated in the challenge by being soaked with ice water or making a donation to the ALS Association. The challenge has gone viral on social media, with celebrities, athletes and everyday people joining in.

The goal: To raise awareness of a neurodegenerative disease that affects nerve cells in the brain and spinal cord, which eventually leads to paralysis and death. Currently, there is no cure for ALS.

The Baptist Health South Florida News team was there. Watch the story now.