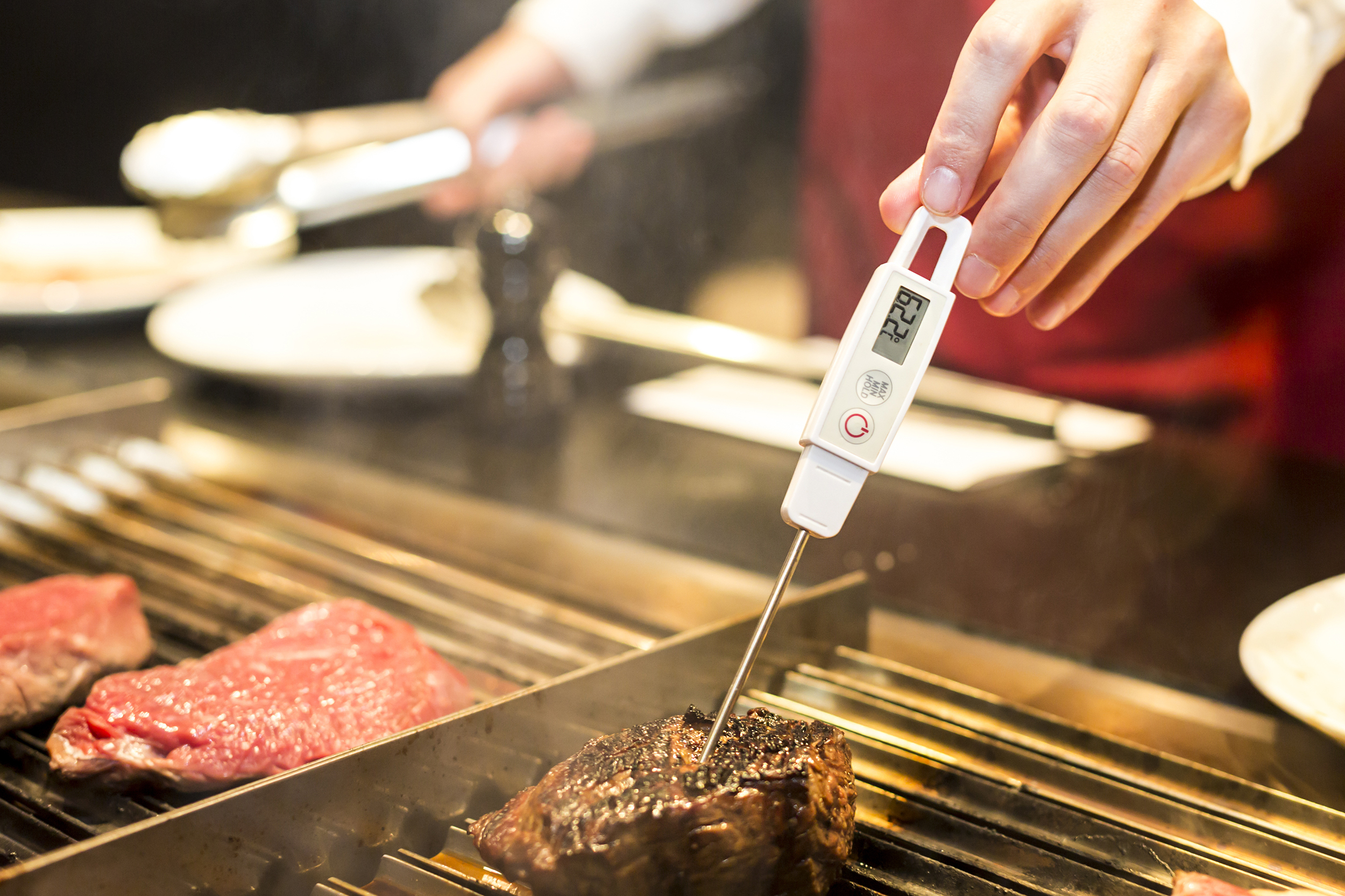 Many people enjoy the longer days of summer with backyard barbecues and other outdoor activities, sometimes making food the centerpiece of get-togethers. But before firing up the grill, it’s important to have the right tools and be aware of safe food preparation to avoid getting foodborne illnesses.

Cooking food to the right internal temperature, as measured by a food thermometer, is the best and only way to make sure bacteria have been killed and the food is safe to eat, says the U.S. Department of Agriculture’s (USDA) Food Safety and Inspection Service.

Only about 34 percent of people use a food thermometer when cooking hamburgers, according to recent research by the USDA and the Food and Drug Administration (FDA).

“Using a food thermometer ensures meat is done cooking,” said Cathy Clark-Reyes, a registered dietitian with Baptist Health Primary Care. “And if you haven’t used the food thermometer in a while or if you’ve dropped it recently, it’s a good idea to make sure it’s calibrated before use.”

Each year, 48 million people suffer from foodborne illness, resulting in about 128,000 hospitalizations and 3,000 deaths, according to U.S. Centers for Disease Control and Prevention (CDC) estimates.

To avoid becoming part of these statistics, follow these safe food handling tips from the USDA and Ms. Clark-Reyes.

Even though it’s been cooked, food that’s been sitting out for hours in the heat has been in the ‘danger zone’ for a while. Ms. Clark-Reyes says the ‘danger zone’ is the temperature at which food is most conducive to bacterial growth, typically between 40 and 140 degrees, she says. Perishable food should be stored at 40 degrees or below.

“When in doubt, throw it out,” Ms. Clark-Reyes adds.