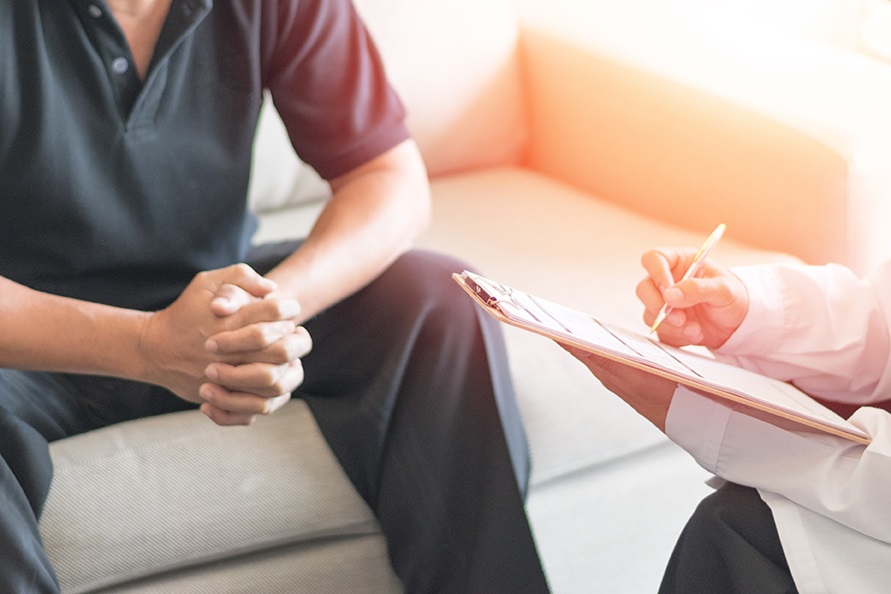 And it’sprimarily a cancer that strikes young men between the ages of 15 and 40, withthe average age at the time of diagnosis at 33, says the American CancerSociety. Testicular cancer can also go undetected in early stages because apainless lump or mass may go unnoticed.

A man’s lifetime risk of dying from this cancer is very low,even if it is detected after it has spread to other organs, said Ahmed Eldefrawy, M.D., a urologic oncologist at Miami Cancer Institute.

The primarysymptom of testicular cancer is a lump or mass in either testicle and a feelingof heaviness in the scrotum.

“Menshould be aware that testicular cancer can be completely painless,”emphasizes Dr. Eldefrawy. “I’ve seen so many patients who have had it fora year or two. And I ask them why they didn’t come in earlier when they noticedthey had it. And they say it was painless so it didn’t bother them. But if menfeel a lump or mass, they should go see their doctor, whether it’s theirprimary care physician or a urologist if they have access to one.”

Question:What is the No. 1 symptom of testicular cancer?

Dr. Eldefrawy: “Seeing or feeling a mass that comes off the testicle, and it’s usually a lot harder in consistency than the normal feeling of a testicle. It’s worth saying that testicular cancer is painless. And if people complain of pain, it’s not really pain — it’s more of a discomfort or heaviness if the mass gets bigger. And they can grow bigger really fast over weeks and months. So, the heaviness from the size of the mass is what creates a discomfort. But, generally, it’s painless.”

Question:Any other symptoms besides a lump or mass?

Dr. Eldefrawy: “Usually, we catch it early …  and we find a small mass. But if men ignore it mainly because it’s painless, then it can spread. And this cancer is highly metastatic and spreads very quickly. So that’s when the rare symptoms can happen. Some patients may have a lung mass. Their lungs will be affected by the testicular cancer. So, they would get shortness of breath because the normal lung tissues are significantly reduced to — sometimes more than half of the lung tissues are replaced by cancer. They will get short of breath with minimal effort. Sometimes they can even cough blood. I’ve also seen a patient with a brain mass and these patients can develop seizures. And, occasionally, they have very large lymph nodes in the retroperitoneum (the area in the back of the abdomen behind the tissue that lines the abdominal wall and covers most of the organs in the abdomen) and they can develop back pain.”

Question:Are there any preventative measures that men can take against testicularcancer?

Dr. Eldefrawy: “There are preventive measures in terms of early detection, but not in terms of not getting testicular cancer. Men who are going to develop testicular cancer will develop it no matter what. What they can do is to detect it very early before it metastasizes so it can be treated early. Prevention can take the form of self-examination once a month in the shower. And that’s recommended for men between the ages of 15 and 40. That’s peak time for testicular cancer. So once a month, every man should examine their testicles. The self-exam is done with one hand over each testicle, usually with the thumb and the middle and index finger against the skin. Stretch the skin over the testicle. With the other hand, feel the testicle to see if a lump or mass or different consistency. Perform the same self-exam over the other testicle.”

Question:What is the probability of testicular cancer on both sides?

Dr. Eldefrawy: “Roughly, one out of 100 testicular cancer patients will develop cancer on both sides. The vast majority is only on one side. I only saw one patient that had on both sides at the same time. It’s rare.”

Question:What are the top risk factors for testicular cancer?