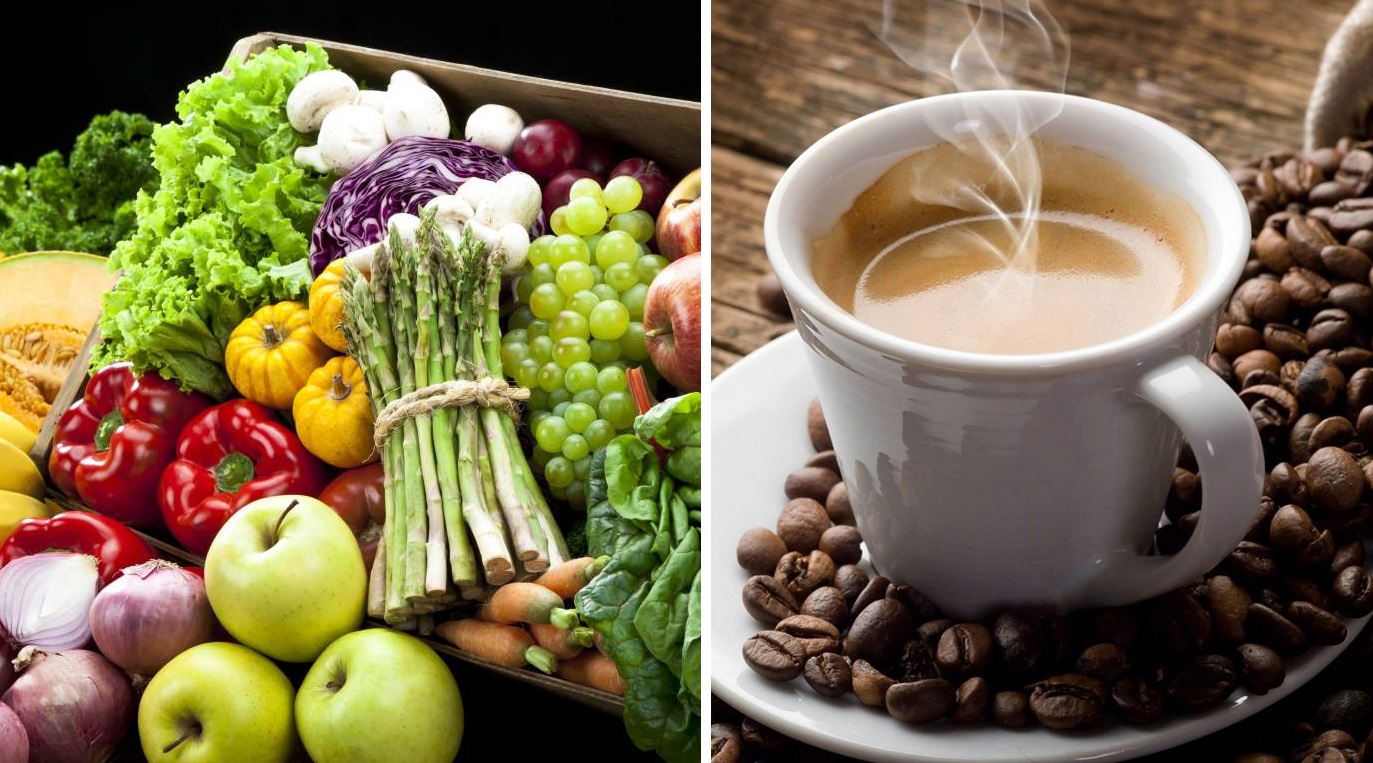 Two separate studies find that plant-based diets and coffee consumption are good for your heart. Both research findings were presented at the American Heart Association’s Scientific Sessions 2017, a global forum for the latest advances in cardiovascular science, which was held this week in Anaheim, California.

Heart failure is a chronic, progressive condition in which the heart muscle is unable to pump enough blood to maintain its workload. The condition affects about 6.5 million adults over age 20 in the United States.

Eating a diet mostly of dark green leafy plants, fruits, beans, whole grains and fish, while limiting processed meats, saturated fats, trans fats, refined carbohydrates and foods high in added sugars, is a heart-healthy lifestyle, said Kyla Lara, M.D., first author of the study and an internal medicine resident at Icahn School of Medicine at Mount Sinai Hospital in New York, New York. The participants who were followed as part of the study were recruited from 2003 to 2007, and followed through 2013. They included 15,569 patients without known coronary artery disease or heart failure. Incidents of heart failure within this group were confirmed by health care providers.

The second study presented at the AHA’s Scientific Sessions 2017 found that drinking coffee may be associated with a decreased risk of developing heart failure or stroke. Compared with no coffee consumption, every additional cup of coffee consumed per week was associated with a 7 percent decrease in the risk of heart failure and an 8 percent decrease in the risk of stroke. The study demonstrates an observed association but does not prove cause and effect.

Previous studies have established a link between coffee, a rich source of disease-fighting antioxidants, and lower risks of chronic disease. A major study two years ago by a team at Harvard University’s School of Public Health found that nonsmokers who drank one cup of coffee a day had a 6 percent reduced risk of death, one to three cups an 8 percent reduced risk, three to five cups a 15 percent reduced risk, and more than five cups yielded a 12 percent reduced risk. There was little difference whether they drank caffeinated or decaffeinated coffee, Harvard researchers found. The association persisted after adjusting for age, alcohol consumption, BMI (body mass index) and other health or diet factors.

The U.S. Food and Drug Administration (FDA) has issued a warning about kratom, a herbal product that’s promoted as a safe alternative to opioids for pain. It is also marketed as a treatment for addiction, anxiety and depression.

The FDA said it’s aware of 36 deaths associated with kratom, which can have similar effects to narcotics like opioids.

Kratom is a natural plant grown in parts of Asia. It is available in the United States as a dietary supplement, and the FDA has said kratom products have been coming into the U.S. in increasing amounts.

“There’s clear data on the increasing harms associated with kratom,” said FDA Commissioner Scott Gottlieb, M.D., in a statement. “Calls to U.S. poison control centers regarding kratom increased 10-fold from 2010 to 2015, with hundreds of calls made each year.”

The FDA said it has begun seizing supplies of kratom and is planning to prevent future shipments from being imported into the U.S.

“There is no reliable evidence to support the use of kratom as a treatment for opioid-use disorder,” said Commissioner Gottlieb. “Patients addicted to opioids are using kratom without dependable instructions and more importantly, without consultation with a licensed healthcare provider about the product’s dangers, potential side effects or interactions with other drugs.”