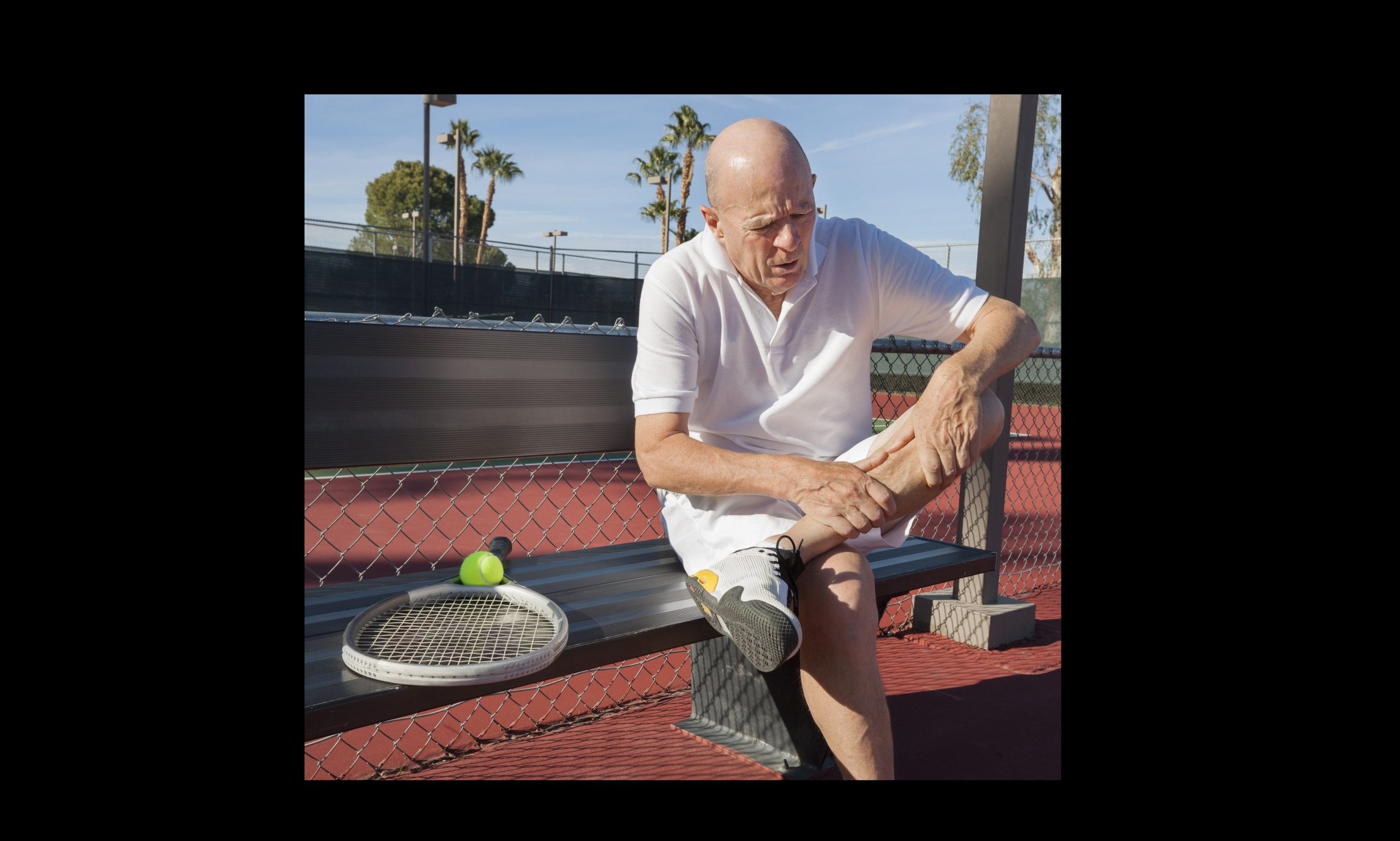 Peripheral Artery Disease Can Be as Serious as a Heart Attack

While most people understand that a narrowing or blockage ofthe coronary arteries of the heart can lead to a heart attack, many do not knowthat the same type of blockage in the arteries elsewhere in the body can alsocause serious health problems.

Peripheral artery disease (PAD) occurs when atherosclerosis, or plaque buildup, occurs in the arteries that supply blood to the legs, arms, brain and other organs and tissues away from the heart. This plaque, made up of cholesterol, fat, calcium and other particles, sticks to the inner walls of the arteries and narrows the pathway of or completely blocks oxygen-rich blood from reaching those structures.

Like what happens during a heart attack, a person with PAD may experience pain as a result of that decreased blood flow. The pain with PAD occurs most often in the legs during walking or running. If blood flow isn’t restored, tissues may stop functioning properly and could eventually die.

“Peripheral artery disease is a window to the world of cardiovascularhealth,” said Barry Katzen, M.D.,   aninterventional radiologist who treats patients with PAD and is the founder andchief medical executive of Miami Cardiac & Vascular Institute. “In some people, we discover their heart disease first, butin some, we find the PAD and then, through investigation, we discover they haveatherosclerosis in their coronary arteries as well.”

Dr. Katzen says that many people discount leg pain orattribute it to arthritis or some other orthopedic ailment. But, he warns, it’simportant to consider the cause of that pain may be vascular in nature.

While peripheral artery disease can show up as pain orweakness in the arms or hands, Dr. Katzen notes that the significant amount ofblood vessels in the muscles of the legs means that it often causes pain in thelegs first.

“Symptoms include leg pain, called intermittent claudication,or muscle achiness, cramping or burning that subsides with rest,” he said. “Vascularpain is different from pain caused by an orthopedic problem, which often takeslonger to relieve. With vascular pain, as soon as you stop walking, the painstops.”

So, Dr. Katzen sees many patients after an orthopedicevaluation reveals no cause for the pain. When he and other vascularspecialists, including vascular surgeons, interventional radiologists andcardiologists, see a patient with leg pain, their evaluation focuses on findinga potential blockage. They also ramp up their assessment of a patient’s hearthealth to find evidence of coronary artery disease that could lead to a heartattack.

Fortunately, the gold-standard for diagnosing PAD is anon-invasive test called an ankle-brachial index. The test measures the bloodpressure in the legs, using blood-pressure cuffs, and compares it to the bloodpressure in the arms, which should be about the same. If the blood pressure isweaker in the legs, or the ankle-brachial index is low, it reveals that bloodflowing to the ankles may be meeting resistance from a blockage somewhere inthe arteries of the legs. An abnormal ankle-brachial index generally triggersuse of more sensitive, non-invasive testing for blood flow. These tests includeblood flow measurements and ultrasound exams.

A physician may also order a CT or MR angiogram to visualizehow the blood is flowing through the arteries of the legs to develop a “roadmap”of the circulation.

Dr. Katzen recommends that anyone over the age of 50 shouldhave an annual ankle-brachial test to diagnose PAD as early as possible andward off any serious complications from the advancement of the disease.

To underscore the serious nature of PAD, Dr. Katzen explainsthat untreated blockages can lead to amputations and a condition known ascritical limb ischemia, which can be fatal. Fortunately, though, if PAD isdiagnosed early, treatments have high success rates, up to 90 percent,according to Dr. Katzen.

For most patients in the early stages of PAD, Dr. Katzenrecommends exercise and other lifestyle changes, such as quitting smoking,maintaining a healthy body weight and eating right to reduce cholesterol levelsin the blood, which can lead to the buildup of plaque in the arteries.

“With exercise, the body creates new blood vessels to supplymore blood to the muscles,” Dr. Katzen said. “This collateral flow helpsrelieve the pain and get the necessary blood to the legs and feet.”

If a patient has high cholesterol and evidence ofatherosclerosis elsewhere, Dr. Katzen may prescribe statin therapy to lower thecholesterol and anti-platelet therapy to help stop the progression of plaque inthe blood vessels. He may also use medications to relieve claudication.

Treatments for more advanced PAD include angioplasty, where aballoon is deployed via a catheter inserted through the wrist or groin into theblocked blood vessel. When that balloon is inflated, it pushes the plaqueagainst the walls of the artery to restore blood flow. Additionally, a stent –or small metal tube that may have medicine coating it – may be deployed throughthe catheter to keep the vessel propped open. For some patients, scraping theinside of the blood vessel to remove the plaque may be necessary. Thisprocedure is called an atherectomy.

If the PAD has advanced enough to where the above treatmentscannot adequately restore the blood flow, a bypass procedure may be necessary. MiamiCardiac & Vascular Institute is participating in the DETOUR2 trial, whichis testing whether a non-surgical approach to bypassing long blockages in thelegs using a catheter and stents can be an effective treatment option.

Regardless of the treatment option, Dr. Katzen assures his patients that the goal is to prevent the need for amputation and to address the higher risk for a cardiac or neurological event that PAD patients have been shown to have.

“With our 30-plus year history of treating patients with PAD atthe Institute, we strive to find the least invasive ways to successfullydiagnose and treat PAD, and we take a collaborative approach to reduce thesepatients’ risk of cardiovascular disease, heart attack and stroke,” Dr. Katzensaid.