CDC: U.S. Obesity Epidemic Intensifying, With 19 States at 35% or Higher Rates Among Adults

The U.S. obesity epidemic is worsening, with 19 states having at least 35 percent of residents with adult obesity – more than doubling the number of states with a high obesity prevalence since 2018, according to new data from the U.S. Centers for Disease Control and Prevention (CDC).

The US obesity prevalence is estimated at about 42 percent based on previous CDC research done from 2017 through March 2020.  That was a big jump from 30 percent in 2000. Based on the latest state-by-state data, the CDC cites “the need to address disparities in obesity across states and racial and ethnic populations, through increased access to obesity prevention and treatment.”

Combined data in the CDC’s 2019–2021 Adult Obesity Prevalence Maps show the number of states and territories with an obesity prevalence of 35 percent or higher across race and ethnicity:

State-based obesity data is based on self-reported height and weight from the U.S. Behavioral Risk Factor Surveillance System, the largest continuously conducted health survey system in the world.

“Adults with obesity are at increased risk for many other serious health conditions such as heart disease, stroke, type 2 diabetes, some cancers, severe outcomes from COVID-19, and poor mental health,” states the CDC.  “Additionally, many people with obesity report being stigmatized because of their weight.”

“This report illustrates the urgent need for making obesity prevention and treatment accessible to all Americans in every state and every community,” said CDC acting principal deputy director, Debra Houry, M.D., M.P.H. “When we provide stigma-free support to adults living with obesity, we can help save lives and reduce severe outcomes of disease.”

Psychological distress that includes depression, anxiety and loneliness, before COVID-19 infection was lined to an increased risk of lingering symptoms from the virus, commonly known as long COVID, according to researchers at the Harvard T.H. Chan School of Public Health.

The higher risk of long COVID was “independent of smoking, asthma, and other health behaviors or physical health conditions,” according to a news release from Harvard. The study, which was published online in JAMA Psychiatry.

About 20 percent of U.S. suffer from long COVID, which is defined as COVID-19-related symptoms – most commonly fatigue, brain fog, or respiratory, heart, neurological, or digestive symptoms == for longer than four weeks after infection, according to the U.S. Centers for Disease Control and Prevention.

“We were surprised by how strongly psychological distress before a COVID-19 infection was associated with an increased risk of long COVID,” stated Siwen Wang, a researcher in the Department of Nutrition at Harvard Chan School, who led the study. “Distress was more strongly associated with developing long COVID than physical health risk factors such as obesity, asthma, and hypertension.”

After reviewing the responses and comparing those who developed long COVID to those who did not, they found mental distress before COVID-19 infection, including depression, anxiety, worry, perceived stress, and loneliness, was associated with a 32 percent to 46 percent increased risk of long COVID. “These types of psychological distress were also associated with 15 percent to 51 percent greater risk of daily life impairment due to long COVID,” they found.

“We need to consider psychological health in addition to physical health as risk factors of long COVID-19,” said Andrea Roberts, senior research scientist in the Department of Environmental Health at Harvard Chan School and senior author of the study. “These results also reinforce the need to increase public awareness of the importance of mental health and to get mental health care for people who need it …”

Here’s How Much Strength Training, Combined with Aerobics, Lowers Your Risk of Early Death: New Study

Regular aerobic activities and weight-training provide many health benefits, including the prevention of serious chronic diseases. A major new study highlights the significantly higher benefits of combining aerobics and strengthening exercises when it comes to lowering the risk of diseases and early death.

Adults who met aerobic exercise recommendations, but did not weight-lift, had a 32 percent lower all-cause mortality risk, the study concluded. Those who also reported weightlifting one to two times a week had an overall 41 percent lower risk, according to the study published in the British Journal of Sports Medicine.

Researchers based their findings on the health information provided by nearly 100,000 men and women who took part in the Prostate, Lung, Colorectal and Ovarian Cancer Screening Trial, which launched in 1998 and tracked participants until 2016. Participants filled out questionnaires in 2006 on their exercise routines. The new study’s researchers then determined how many participants had developed cancer or died by 2016.

The lowest risks – 41 percent to 47 percent lower – was found among individuals who stuck with the recommended weekly amounts of both aerobic activity and strength training, compared with those who weren’t active at all. The study did not find a lower risk of death from cancer in this group.

Here’s an overview of recommended physical activity for adults from the American Heart Association: 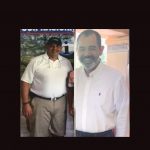 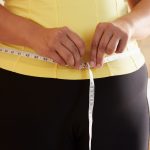 Obesity and Bariatric Surgery: The Physical, Social and Emotional Factors