Here are some sobering statistics for parents of young athletes playing organized, high-contact sports, particularly football at the high school level or earlier.

Football is the No. 1 sport (followed by soccer) that causes the highest frequency of concussions, up to 10 percent of players each season. Of those, 70 percent have symptoms of a concussion, but did not know they had one.

Forty percent of high school players knew they had suffered a concussion, but wouldn’t tell anybody.

These are findings from various studies done on high school football players, and they indicate that all participants need to get better educated about the dangers of not knowing or ignoring the signs and symptoms, according to Richard Hamilton, Ph.D., Clinical Director, Brain Injury and Concussion Rehabilitation Programs at Baptist Hospital.

When the National Football League settled a concussion lawsuit with thousands of retired players earlier this year, the topic of brain injuries in sports drew needed attention. But younger adults in high school and middle school, and even younger kids in pee-wee leagues, are more susceptible to concussions.

A concussion is caused by a blow to the head or body, a fall, or another injury that jars or shakes the brain inside the skull. The injury usually alters how the brain functions — for a relatively short period of time in most cases. Except for possible cuts or bruises on the head or face, there may be no other visible signs of a brain injury.

Moreover, you don’t have to pass out, or lose consciousness, to have a concussion. Some people will suffer the more expected symptoms, such as passing out or short-term memory loss.

Because of even a small chance of permanent brain problems, it is important to contact a doctor or head for the emergency room for proper diagnostics and treatment if you or someone you know has symptoms of a concussion.

“Education is the biggest factor for players, parents and coaches,” Hamilton said. “They need to understand what a concussion is, what are the signs and symptoms and the importance of treatment and proper management techniques.”

When it comes to many cases when athletes want to return to action too soon after a concussion, the motto — “When in doubt, sit them out” — should apply, Hamilton said.

The biggest danger amounts to “second impact syndrome.” That’s when an injured player suits up and plays again before a full recovery period, usually two to three weeks, and then suffers a second concussion.

“In a small number of cases, if you have second concussion before being completely healed, you could suffer massive swelling,” Hamilton said. “Fifty percent could die, and the other 50 percent could suffer permanent brain damage.”

Baptist Health is partnering with the Orange Bowl committee to better educate coaches, parents and players about concussions in school sports.

The education includes emphasis on broad recoveries that includes not only physical rest but also mental rest. Translation: your kids will have to stay away from video games or other electronic devices that can exhaust a brain recovering from an altered state caused by the impact.

The brain injury clinic at Baptist Hospital evaluates youngsters to determine cognitive responses following concussions. The clinic also promotes baseline “ImPACT” testing that Miami-Dade schools started incorporating into their athletic programs two years ago. This test establishes a preseason cognitive baseline for normal brain activity for each athlete, which can be used as a reference point after a concussion.

“A concussion temporarily alters how a brain functions,” Hamilton said. “If properly cared for, we believe that most athletes will have a full recovery. But they need physical and cognitive rest, with a reduced academic load and no demanding mental activity, such as even texting and computer games, during recovery.” 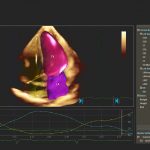 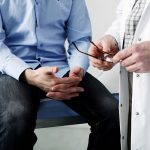 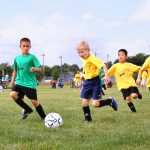