Stroke Rates Up for Pregnant Women

Hypertension is a growing problem for pregnant women, and the rate of pregnancy-related strokes has increased, according to research published in the latest online issue of Obstetrics & Gynecology, a medical journal published by the American College of Obstetricians and Gynecologists.

Nationwide, the number of strokes related to hypertension rose 61.5 percent for the 17-year period from 1994 to 2011 for pregnant women, researchers said. During the study period, nearly 82 million hospital pregnancies were studied.

“Women with hypertensive disorders of pregnancy were 5.2 times more likely to have a stroke than those without,” according to the report.

Of course, the presence of traditional risk factors — not related to pregnancy — can make a woman more susceptible to having a stroke during pregnancy. Those factors include having atrial fibrillation (a type of irregular heart beat), congenital heart disease or sickle cell anemia.

But lifestyle factors — unrelated to pre-existing conditions — have driven the increase in strokes and related hypertension disorders in pregnant women.  Those factors include: higher obesity rates, lack of exercise in young adults, and the increasing age of mothers giving birth, according to a report in the New York Times.

The higher stroke rate during pregnancy comes at a time when the rate of strokes and deaths linked to strokes have dropped sharply for older adults in the U.S., the study says.

Taking the drug tamoxifen for five years reduces the incidence of breast cancer by nearly 30 percent in women at high risk, researchers have found.

And the widely prescribed drug’s effects against breast cancer could last for as long as 16 years after a breast cancer survivor stops taking it, a new study says.

Theses findings stem from a long-term follow-up of the International Breast Cancer Intervention Study (IBIS-I). The latest analysis was presented at the San Antonio Breast Cancer Symposium by Jack Cuzick, lead author of the study, and published in The Lancet Oncology. The follow-up involved 7,154 women aged 35–70 years who were at high risk of developing breast cancer, primarily due to family history. They were recruited for the study from eight countries.

Tamoxifen was much more effective in women who were not using hormone replacement therapy (HRT) during the treatment period, researchers said.

The results of IBIS-I “substantially improve the benefit-to-harm ratio” for the use of tamoxifen to prevent breast cancer in high-risk women, according to the study authors.

However, another ten years of follow-up will be required provide a more definitive answer to the question of whether tamoxifen cuts mortality, according to the study’s author.

Protection against cancer-causing, sexually-transmitted viruses got a big boost this week when the Food and Drug Administration (FDA) approved a new version of Gardasil, the vaccine that protects against the human papillomavirus (HPV).

More than 14 million people in the U.S. become newly infected with HPV, according to the Centers for Disease Control and Prevention (CDC). Nearly all sexually active men and women will get at least one of the 40 types of HPV at some point in their lives, but the infections usually go away on their own without causing health problems, the government agency says.

Girls and boys are eligible to get the vaccine starting at age 11 or 12. The vaccine is administered in three doses. Despite the availability of the vaccine, the number of girls and boys in the U.S. being vaccinated against HPV is significantly low, according to a CDC report.

For more information about HPV, read these articles previously published on this blog: 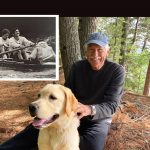 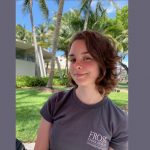