Solving a Painful Mystery Gets Family Back on Solid Footing

When sisters Gabriella and Veronica Roque joke around and tease each other playfully, it’s like music to the ears of their mom, Natalie. Their world is right again after enduring a medical mystery that affected the whole family.

For four years, pain was a constant companion ofGabriella Roque, the family’s eldest daughter. The once-gregarious girl wentfrom dancing and walking freely to relying on crutches, a scooter and, finally,a wheelchair. The worst part was that no one could figure out what was causingthe crippling pain in her left foot.

“I thought this would just be my life,” saidGabriella, now 17, whose struggle made her increasingly withdrawn. 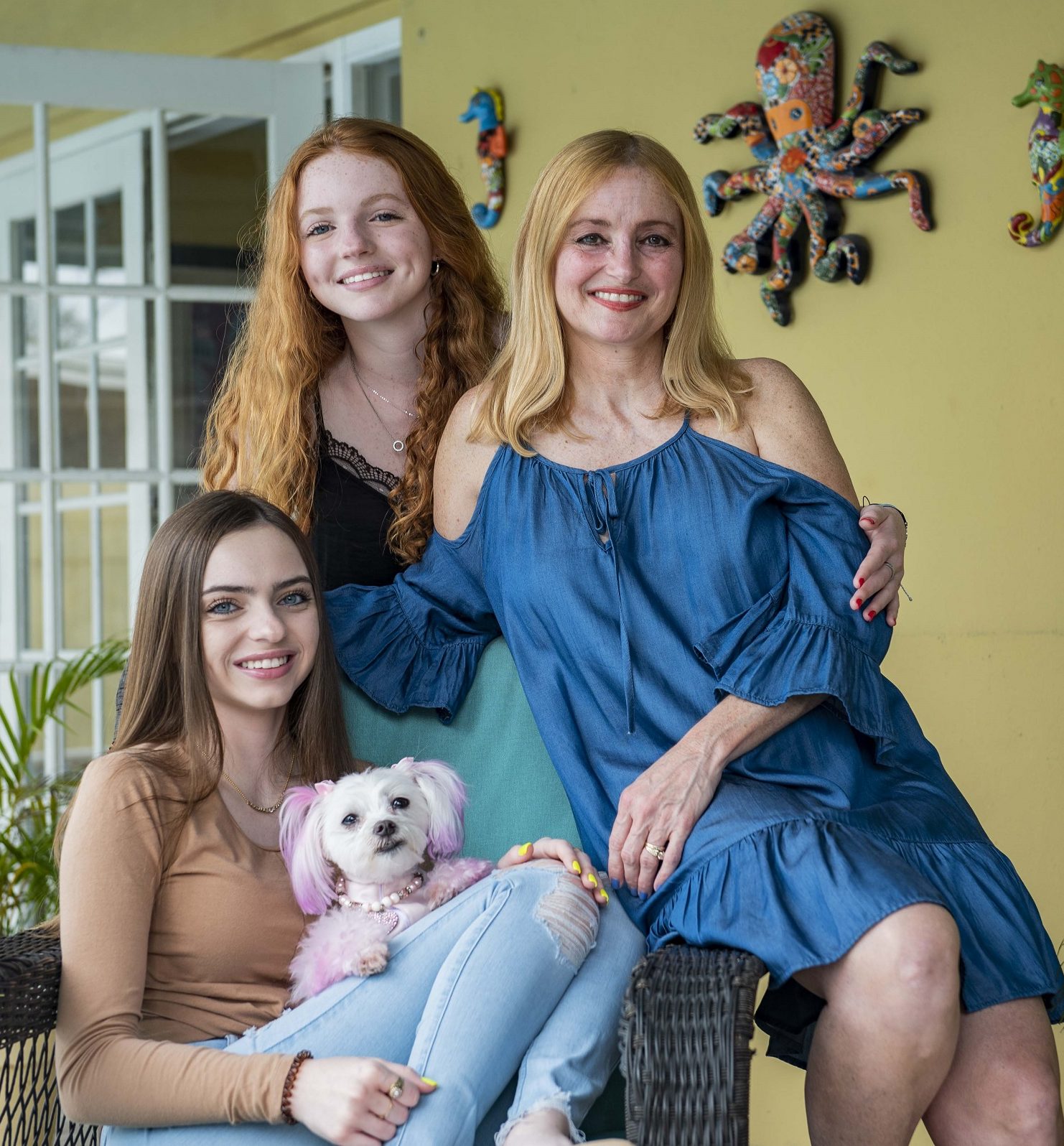 But that picture has changed. Gabriella, who is supposed to start her senior year at St. Brendan High School in the fall, can now envision participating in the milestones of the typical teen — pain-free. If there is a prom, she’ll be there. If there is a graduation, she’ll be able to cross the stage and collect her diploma.

Gabriella and her family credit her turnaround to the dedication and diagnostic skill of orthopedic surgeon Thomas San Giovanni, M.D., a foot and ankle specialist with Miami Orthopedics & Sports Medicine Institute. He figured out the cause of the pain, isolating a nerve no one else identified as the source of the problem.

A Mom’s Search for Answers

“For four years, we took Gabriella to orthopedic doctors, podiatrists and neurologists. My daughter underwent countless MRIs, CT scans, nerve conduction studies, electromagnetic machine treatments and physical therapy. Yet the perpetual pain continued,” Natalie Roque said. As a mom, she was desperate, especially when she heard Gabriella crying in her bed at night because of agonizing spasms that kept her awake.

Doctors initially thought the pain was connected to Gabriella breaking herfoot in a hip-hop dance class when she was 12. She should have felt betterafter her cast was removed — yet she felt worse. The doctors said to give ittime, but by the second year, the persistent pain just didn’t make sense. Threeyears spilled into four. The girl who once got top grades and who had beenpresident of the student council now barely socialized with friends andcouldn’t concentrate in school because of the pain. Her main comfort wascuddling with her dog, Marshmallow.

Devastated, the family did not know where to turn next. Ms. Roque knew onlythat she refused to give up hope that her daughter might once again have anormal life. She kept copious records as her stack of medical reports grewlarger and larger.

When Gabriella’s grandfather, who was being treated by Dr. San Giovanni fora ruptured Achilles tendon, mentioned Gabriella’s ordeal, Dr. San Giovanniagreed to review the case. Ms. Roque compares the experience to watching atelevision detective solve a mystery. “He used deductive reasoning to point outthings that nobody else had noticed,” she said. But just as important to thefamily was Dr. San Giovanni’s sincere concern. “His level of empathy wasmoving. He made it his mission to help.” 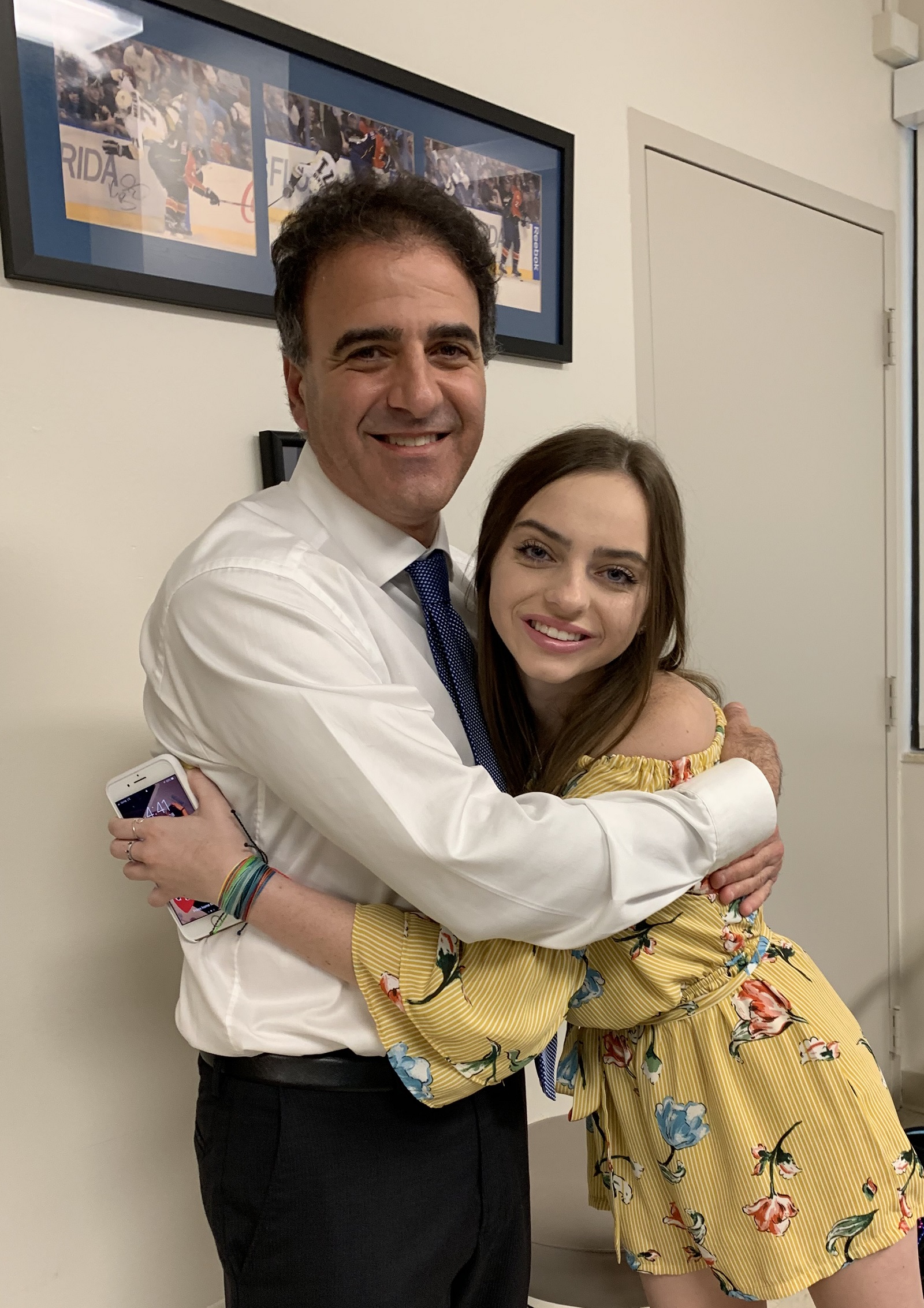 After examining Gabriella and combing through her medical records, Dr. San Giovanni came up with a theory. The pain didn’t originate with the break, but with the peroneal nerve that runs behind the knee to the foot. When Gabriella had a growth spurt, the nerve became entangled in old scar tissue from a barracuda bite she got on her ankle as a toddler while wading in water off Key Biscayne. Her family thought she had fully recovered from that injury, which hadn’t bothered her throughout her childhood.

But immobilizing her foot in a cast apparently aggravated the entrapped nerve — and the more she grew, the tighter it was stretched. Dr. San Giovanni confirmed his premise by injecting the nerve with steroids, which brought almost immediate improvement. Unfortunately, by that point the nerve was too damaged for repair — it needed to be disconnected.

Following outpatient surgery at Doctors Hospital in October 2018, Gabriella was left withpermanent numbness in part of her foot, which was expected. She said she farprefers that to the debilitating pain. Her foot is fully functional, and shecontinues to strengthen it through physical therapy this summer in hopes ofavoiding a second surgery later to tighten her peroneal tendons in order toimprove stability and balance.

Gabriella is thrilled with her progress and the prospect of furtherimprovement. “Without Dr. San Giovanni, I probably would still be in awheelchair,” she said.

Veronica, 15, said the transformation in her sister has been remarkable.“We saw how much pain she was in, and it affected all of us,” Veronica said,adding that it put a wedge in their relationship. “Once she got better, westarted talking again and have become really close again. That space between ushas been closed.”

Ms. Roque agreed. “My husband and I felt helpless as we watched herdeteriorate over the years. Dr. San Giovanni not only saved Gabriella from alife of pain, he saved our entire family.”

Painin the foot and ankle can be complicated because they are complex structurescomprised of 28 bones and 31 component joints, not to mention numerousligaments, tendons and nerves. Surgical techniques continue to evolve,particularly with joint replacement, which aims to preserve the highest levelof mobility. For example, Dr. San Giovanni pioneered the replacement of the bigtoe joint, relieving debilitating pain from arthritis or other causes. Lastyear, he also became the first orthopedic surgeon in Florida — and one of onlya few in the U.S. — to simultaneously replace the talus and the ankle joint via3-D printing.

Dr. San Giovanni is happy his work has had such an impact on Gabriella andher family. “The greatest benefit we get as physicians is the feeling ofhelping,” he said. He maintains a warm connection with Gabriella, who stops by tosay hello when she can. “She should go on to have a happy life and do whatevershe wants to do.” 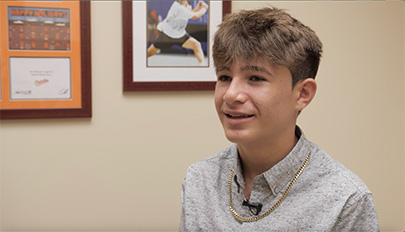