You’re tired. You know if you can just get 7 to 8 hours of solid sleep, you’ll wake up feeling refreshed and able to tackle whatever challenge comes your way. Yet, despite your best intentions, you can’t fall asleep. Or, you fall asleep right away and are jarred awake, not able to turn your brain off to rest.

Such are the scenarios that play out in bedrooms daily. Statistics compiled by the U.S. Centers for Disease Control and Prevention (CDC), in fact, show that 35 percent of all adults report getting less than the recommended average of 7 to 8 hours of uninterrupted sleep daily. Moreover, nearly 70 percent of high schoolers say they sleep less than the 8 to 10 hours of sleep a day recommended for their age group. This deficit in healthy sleep duration has been shown to contribute to chronic diseases, including obesity, hypertension, diabetes, cardiovascular disease and depression, according to the CDC.

What contributes to our lack of sleep in today’s world? Timothy Grant, M.D., a neurologist and Fellow of the American Academy of Sleep Medicine, gives insight into the impact of poor sleep hygiene, represented by these top four contributors to sleep deprivation.

Dr. Grant, the medical director of Baptist Sleep Center at Sunset, says many of us experience “social jet lag” between weekday and weekend sleep schedules.

“Going to sleep at different times wreaks havoc on the body’s circadian rhythm,” he said. “When you’re used to going to bed early during the week, but then stay up late and sleep in on the weekends, your body’s production of melatonin, which induces sleep, is affected.”

Dr. Grant suggests the way to overcome “social jet lag” is to keep your bedtime and the time you awake reasonably consistent each day.

Dr. Grant also recommends keeping an appropriate environment where you sleep. This includes maintaining a cool temperature, quiet surroundings and darkness. He also reminds his patients to limit their exposure to light at least an hour before bedtime. That’s because studies have shown that exposure to light suppresses melatonin production. This is seen especially with exposure to the blue light emitted from electronics and high-frequency light bulbs that are prevalent in our modern world.

Blue light from cell phones, televisions and computers can keep your brain in an alert state. Dr. Grant says even when the volume on these devices is turned down, a flickering TV or cell phone notifications that emit light will awaken the brain, preventing it from entering deeper phases of sleep. In the case of children and teens, especially, Dr. Grant advises parents to remove electronic devices from the bedroom – not only to prevent this blue-light phenomenon, but to limit the temptation for them to stay on them past their normal bedtime.

For night-shift workers who leave work when the sun is out, Dr. Grant says they may benefit from using light-blocking glasses toward the end of their shift and on the way home.

Dr. Grant advises against that afternoon “cafecito” or glass of wine with dinner if you’re experiencing sleep disturbances. That’s because both caffeine and alcohol affect the ability of the brain to enter into the deepest phases of the sleep cycle, where the most restful sleep occurs.

“Caffeine is a stimulant that blocks the effects of adenosine – a protein that signals sleep in our cells,” Dr. Grant said. “And that can impact our ability to sleep for up to 12 hours after it is consumed, especially in older people.”

Dr. Grant warns that coffee isn’t the only culprit, either. Caffeine is also found in soda, tea, energy drinks and chocolate, as well as in some medications.

Similarly, alcohol, while initially sedating, fragments sleep. That may lead to a jolt of wakefulness and the inability to return to a restful sleep. Additionally, Dr. Grant points out that alcohol – a known muscle relaxant and respiratory suppressant – causes people with obstructive sleep apnea to experience more episodes of arrested breathing during their sleep, as the muscles in the back of the throat cover the airway.

One might think that napping will help minimize the impact that lack of sleep has on our health. But, Dr. Grant warns that napping often contributes to sleep disturbances. That’s because throughout our awake phase of each day, our cells build up proteins and chemicals that drive our need to sleep. A nap, especially longer than the 30-minute “power nap,” resets the body’s sleep drive.

While these four contributors to sleep disturbances represent the most common and correctable without medical intervention, if your sleep problems aren’t improved through these lifestyle changes, Dr. Grant says a bona fide sleep disorder may be to blame. Talking to your doctor can help identify what other action may be needed.

“Insomnia, narcolepsy, restless leg syndrome and sleep apnea, are some of the common sleep disorders we treat,” he said. “Some of these may first require diagnosis with a sleep study, which can be done in a sleep lab or, in select patients, with an in-home screening kit, available from a physician.”

Whether your sleep shortfall is caused by a “disturbance” or a “disorder,” Dr. Grant and the medical community at-large warn that sleep deprivation has a lasting impact on your overall health and should be treated.

“We used to take sleep for granted,” he said. “But science over the past 20 years has proven time and again that sleep is central to so many functions of our bodies. We can no longer ignore its importance. The good news is that most sleep disorders can be treated quite effectively, offering improved health and a better quality of life.” 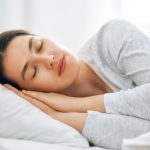 Sleep and Your Health: Timing is Everything, Expert Says 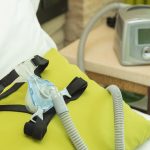