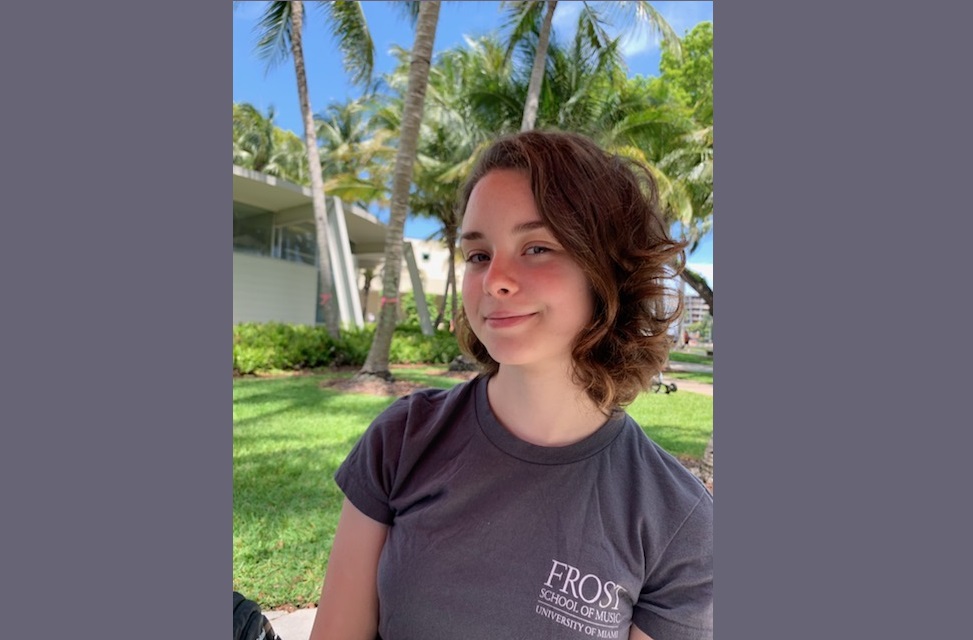 Cannon McClure, 21, a senior at the University of Miami, woke up one day in August 2020 after an intense headache the previous day. Over the course of the new day, however, she realized something was very wrong. She felt some weakness on her right side and it became increasingly difficult for her to communicate with people.

Without any underlying health condition or any family medical history of concern, Ms. McClure was suffering the beginning of an ischemic stroke caused by a sizeable clot in her middle cerebral artery (MCA), as the stroke response team at Baptist Hospital’s Miami Neuroscience Institute would soon diagnose. 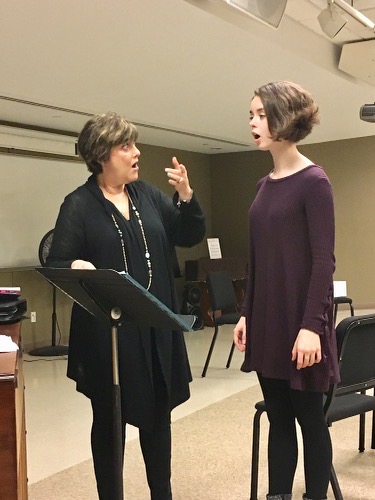 She is majoring in vocal performance with a focus on classical music and opera.

“I definitely knew that something was seriously wrong, but I didn’t really consider that it might have been a stroke,” recalls the UM student from Plano, Texas, who is majoring in vocal performance with a focus on classical music and opera. “I just didn’t think that strokes really happened to people my age — and there’s nothing in my family history of heart attack or stroke or blood clotting or anything.”

‘This was… Very Urgent’

Initially,Ms. McClure was transported to nearby Doctors Hospital, part of Baptist HealthSouth Florida. But after an ER physician consulted with Kevin Abrams, M.D., chair division of Neuroradiology atMiami Neuroscience Institute, she was transported to BaptistHospital, where the Baptist Emergency Stroke Team (B.E.S.T.) took quick action.

“This was, obviously, very urgent,” said Dr. Abrams. “She was in the early stages of an acute ischemic attack (the most common type of stroke). I saw that she was 20-years-old and didn’t have that many severe symptoms, and the symptoms were from yesterday. I was concerned that she could fall through the cracks because she didn’t look as bad as the CT scan showed.”

“Theystarted asking me questions: date of birth, emergency contacts, that kind ofthing,” she said. “And then we got to the outside the room where theywere going to do the procedure, and Dr. Linfante started talking to me abouthow they were going to get the clot out of my brain.”

Dr. Linfantewas ready to perform a life-saving thrombectomy, a procedure during which acatheter is threaded into an artery and up through the neck until it reachesthe blood clot causing the stroke.

“At that time, her brain was compensating very well for the lack of blood flow. Therefore, she did not have a severe neurological deficit. However, given the size of the blood clot and the location of the occlusion, if we would have not open the artery to restore normal blood flow, these patients worsen and can be left with severe disability or death,” said Dr. Linfante. “We were able to go up into the middle cerebral artery of the brain … and able to remove the clot, which was actually very dense and well-constructed and therefore it would have not dissolved spontaneously without our intervention.” 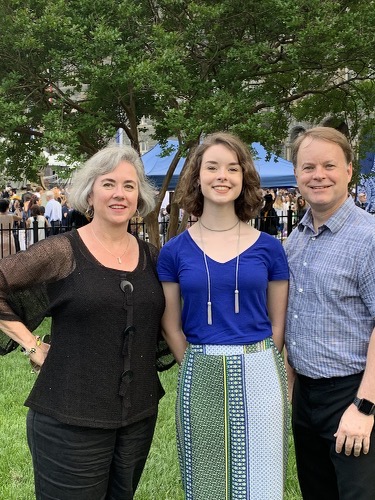 Cannon McClure with her parents.

Before the procedure, Dr. Linfante called up Ms. McClure’s parents, who live Texas. “Dr. Linfante talked to my parents and the nurses talked to them. And they were able to make them feel a little bit reassured about what was going to happen to me,” says Ms. McClure.

Back to Doing ‘All of the Things I Did Before’

Ms. McClurerecalls feeling better with her ability to communicate fully restored soonafter the procedure, which takes less than 30 minutes.

“It wasbasically just a matter of the anesthesia completely wearing off and I was backto almost my normal self,” she said. “It took about a week or two,but eventually all the sensation came back to my right side. Now, I’m able todo all of the things that I did before.”

Dr. Abrams said Dr. Linfante sent him a screenshot of the large clot he extracted from her left middle cerebral artery. “And he said that she was doing great and I couldn’t have been happier,” said Dr. Abrams. “It really made my day. She’s 20 years old and I have two children that are about that age and are also in college. So, it really hit home for me.”

But how canan otherwise healthy 20-year-old suffer a stroke? After Ms. McClure underwentall her tests and screenings, that mystery was likely solved, explains Dr.Linfante. Ms. McClure was born with what is commonly known as a “hole inthe heart.” Medically speaking it’s a “patent foramen ovale,” or PFO,essentially a hole in the wall of tissue (septum) between the left and rightupper chambers of the heart.

At birth,the foramen ovale usually closes, and within a few months, it seals completelyin about 75 percent of births. When it remains open, it is called a PFO. Forthe vast majority of the millions of people with a PFO, it is not a problem,even though blood is leaking from the right atrium to the left. Problems canarise when that blood contains a clot, as in the case of what likely happenedto Ms. McClure, says Dr. Linfante.

“I haveto take an aspirin every day (because of the stroke) just as a preventativemeasure,” says Ms. McClure. “They did say that closing the PFOgreatly reduces my risk of ever having a stroke again. So that’s really reassuringbecause if you have a stroke, it’s more likely that you’ll have oneagain.”