Picture this true-to-life scene: In the back of a city bus, a man lights up an electronic cigarette and tells those around him not to worry because those fruity e-cigarette vapors — he claims — are harmless. But he’s wrong. E-cigarettes can be harmful to both smokers and bystanders, according to medical experts from Baptist Health.

The controversy about e-cigarettes continues to heat up, especially in light of a recent federal report that shows a whopping 300 percent increase in the number of preteens and teens, who smoke e-cigarettes. But how safe are e-cigarettes, and what about the health risks of secondhand smoke (from electronic and traditional cigarettes)? Here are a few answers.

Is secondhand smoke really a health risk for bystanders?

“Any lung disease that a smoker can get, you can get from environmental or secondhand smoke, including chronic obstructive pulmonary disease (COPD),” says Raul Valor, M.D., a Baptist Health Medical Group physician and section chief of pulmonary care at Baptist Hospital.

Not only is environmental smoke an accepted cause of COPD, but the clinical findings related to lung disease are indistinguishable between someone who has been an active smoker and someone who contracted lung disease from secondhand smoke.

Why is secondhand smoke so dangerous for bystanders?

There are several different reasons why second-hand smoke can pose a greater threat, doctors say. The typical cigarette has a filter, but the smoke released from the cigarette is not filtered for those around the smoker, Dr. Perez says.

“People are exposed to secondhand smoke in public places, especially those who work around smokers and are exposed not to just one cigarette, but multiple cigarettes from multiple people over an extended period,” Dr. Perez says.

This is especially true for employees of bars, casinos and other venues where smoking is still permitted. Those workers face prolonged and intense exposure to secondhand smoke, and the accumulative effect can be far more than the exposure faced by an individual smoker, doctors say.

Dr. Valor knows of a patient — a former flight attendant — with very advanced COPD. The patient, a non-smoker, was employed for decades by a leading airline that permitted smoking during flights.

“When you’re exposed to environmental smoke, it really doesn’t go away. The damage is done,” Dr. Valor says.

What about the vapors from e-cigarettes?

The amount of toxins in an e-cigarette may be less than a normal cigarette, but e-cigarettes still contain harmful ingredients.

What’s more, even without toxic chemicals, the heated vapors in e-cigarettes can be a problem.

Why are e-cigarettes so appealing to middle school and high school students?

To broaden the appeal, manufacturers have added candy and tropical fruit flavors to e-cigarettes, according to industry watchdogs and other critics.

“Those flavors can be very compelling to some individuals, including kids,” Dr. Perez says.

Some folks view s e-cigarettes as a way to cut back on traditional smoking products. Is that a valid concept?

“An e-cigarette is not the safe item that people are led to believe,” Dr. Valor says. “The reality is that it’s not a safe way to stop smoking. There are better smoking-cessation alternatives, such as medication, counseling, education and nicotine patches and gums.”

Both doctors predict that e-cigarettes — like other tobacco products — will soon be regulated, with restrictions about selling the product to minors. 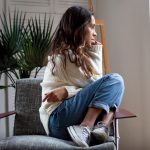 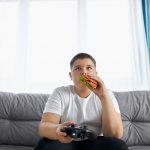