Actor Ryan Reynolds, 45, went public this week about a colonoscopy he underwent that revealed a polyp – and his physician said the procedure likely saved his life. The actor’s screening for colorectal cancer is bringing much attention to the importance of getting screened early.

U.S. guidelines recommend that people 45 to 75 years of age be screened for colorectal cancer to reduce their risk of dying from this disease. Those who are at above-average risk should consult a physician and be screened at an even earlier age.

“This was potentially lifesaving for you,” Mr. Reynolds’ doctor, Jonathan LaPook, M.D., said in a video Reynolds shared. “I’m not kidding. I’m not being overly dramatic,” he said.

Colorectal cancer, the third leading cause of U.S. cancer deaths, includes cancer of the bowel, colon and rectum. You may be surprised that rates of colorectal cancer in people younger than 50 have been increasing by about 2 percent a year.

That trend among younger adults helped trigger the now widely accepted colorectal cancer guidance that people at an “average risk” start getting screened at age 45. That’s five years younger than the previous recommendation.

However, your screenings should start at an even younger age if the following risk factors apply: a family history of colorectal cancer, a history of inflammatory bowel disease, genetic syndromes such as familial cancerous polyps, a personal history of previous colorectal cancer or benign polyps, or other risk factors. These higher-risk adults, which include African-Americans, should be screened by age 40 or earlier. The gold standard in detecting pre-cancerous polyps remains the colonoscopy. However, several stool testing kits are available that people at “average risk” can take on a yearly or less frequent basis, including the fecal occult blood test and the DNA stool test.

As Antonio Ucar, M.D., medical oncologist at Miami Cancer Institute, explains: You shouldn’t wait or focus on symptoms to get screened because in the early stages of colorectal cancer there may be few or no warning signs.

“When the patients have symptoms of colorectal cancer, it is possible that the cancer is already advanced,” says Dr. Ucar. “Instead of concentrating on symptoms, it’s more important for the patients to have early detection, or even prevention, of colon cancer by having colonoscopies or noninvasive screenings that can detect blood and DNA in the stools.

“You want to avoid waiting until symptoms develop because they could be a sign cancer is already present.”

While risk factors such as age and family history cannot be controlled, living a healthy lifestyle is vitally important. A healthy diet should include high-fiber foods such as fruits and vegetables, while avoiding or limiting processed meats, refined sugars and animal fats, says Dr. Ucar. Weight management, regular exercise and not smoking or drinking alcohol in excess can lower your risk for colorectal cancer.

“A healthy diet and exercise can prevent or lower your risk for colorectal cancer and other cancers as well. But unfortunately, it doesn’t guarantee cancer will not develop,” says Dr. Ucar.

Question: Are there symptoms that most people would not necessarily associate with colorectal cancer?
Dr. Ucar:
“There are symptoms that are nonspecific and for that reason might not be immediately associated to colorectal cancer. For example, something as simple as feeling fatigued or having decreased exercise tolerance. I have a patient that is a runner, for example. He complained to me: ‘Doctor, I used to run for five miles every day and now after one mile I’m exhausted and I feel like I cannot keep going.’ That might be an indication the patient developed anemia which could be related to blood loss from a malignant lesion like colon cancer.

“Additionally, when patients have constipation or worsening constipation, or when patients notice that the stools are coming out smaller or thinner — that might indicate that there is some kind of blockage to the path of the stools. Symptoms more specific to the gastrointestinal tract include bloating, cramping pain, or a palpable mass.”

Question: Is it true that if a person already has symptoms, then chances are that the cancer has advanced?
Dr. Ucar:
“Well, not necessarily. Sometimes patients have obstructive symptoms and the cancer is still localized, and therefore curable. But you want to find the tumor when it’s very small or when the patient doesn’t even have a cancer — when the patient has a pre-malignant polyp — that’s the best way to intervene and to cure the patient, or prevent the cancer from developing altogether.”

Question: Can you explain the screening guidelines for colorectal cancer?
Dr. Ucar:
“Patients that have what we call ‘average risk’ are those that do not have predisposing factors. They haven’t had previous cancer or polyps,  family history,  inflammatory bowel disease,  hereditary colorectal cancer syndrome, or previous radiation therapy to the abdomen/pelvis. For these patients with average risk, the recommendation of the American Cancer Society nowadays is to start screening colonoscopy at age 45, instead of the age of 50 that was proposed for many years. The frequency of colorectal cancer in the 40 to 49 age group has been increasing triggering the recommendation for earlier colonoscopy.”

Question: Can you elaborate on the various colorectal cancer tests that are available, in addition to the colonoscopy?
Dr. Ucar:
“There are other tests that are simpler and non-invasive that can be done once a year, like a fecal immunochemical test (FIT) and the guaiac-based fecal occult blood test (gFOBT). These are not as sensitive or specific as colonoscopy, but they can they can still be very effective. There are other tests like the multi-targeted stool DNA test (FIT-DNA test) that detects not only blood in the stools but also tumoral or polyp DNA that could alert you to the presence of complex polyps or cancer in the colon.

“There are other screenings that are non-invasive that can also be helpful like the CT Colonography (Virtual Colonoscopy). The flexible sigmoidoscopy is simpler that a colonoscopy because it requires less bowel preparation, but the limitation is that it only looks at the left side of the colon.” 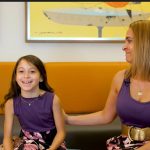