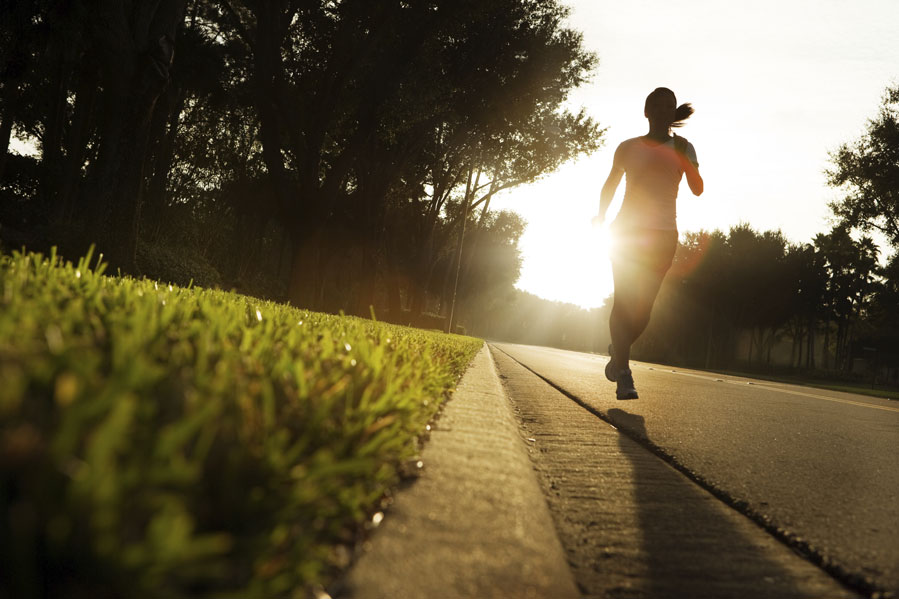 Moderate exercise — at the very least brisk walking — has been studied at great length for its long-term health benefits.

But can a mere five minutes a day of running be enough to have heart health benefits, and even prolong your life?

The recent study’s conclusion says that running even five to 10 minutes a day at speeds of less than 6 miles an hour is associated with “markedly reduced risks of death” from all causes and cardiovascular disease.

“This study may motivate healthy but sedentary individuals to begin and continue running for substantial and attainable mortality benefits,” researchers said.

‘Some Exercise is Better Than Nothing’
The finding has drawn some criticism that its “five-minutes-a-day” conclusion would cause individuals to reduce their aerobic activities.

“Someone might think they don’t need to run as long as they’ve been running,” said Michael Swartzon, M.D., a primary care physician at Doctors Hospital Center for Orthopedics & Sports Medicine. “The important takeaway is that some exercise is better than nothing. But the generally accepted guideline is that cardio benefits occur when the heart rate is elevated for 20 minutes or more.”

Researchers behind the “five-minutes-a-day” study published in The Journal of the American College of Cardiology, examined the records of 55,137 healthy men and women, ages 18 to 100. Their medical visits spanning at least 15 years before the start of the study were reviewed. Of this group, 24 percent identified themselves as runners, although their average mileage and pace varied greatly.

Not surprisingly, they found that the runners were much less susceptible than the nonrunners to heart disease.

A 30% Lower Risk of Premature Death
The runners’ risk of prematurely dying from any cause was 30 percent lower than that for the nonrunners. Their risk of dying from heart disease was 45 percent lower than for nonrunners. Researchers even made adjustments for being overweight or for smoking. And even overweight smokers who ran were less likely to die prematurely than people who did not run.

But the aspect of the study that made headlines across the nation was this: The long-term benefits were about the same no matter how much or little people ran.  The long-distance runners did not live much longer than those who ran the least, including people running as little as five or 10 minutes a day.

The “five minutes a day” of running finding falls considerably short of the widely recommended minimum outlined by the American Heart Association for regular exercise. The AHA urges Americans to take part in at least 30 minutes of moderate-intensity aerobic activity, whether brisk walking, running or cycling, at least five days per week for a total of 150 minutes.

“I would say that they’re stretching their conclusion,” said Dr. Swartzon, referring to the recent study’s finding that a few minutes a day of running can be beneficial. “They’ve proven that some exercise is better than none. But they don’t say that precisely running 5 minutes is better than running for a longer period.”

Swartzon, like most primary care physicians, urge their patients to start an exercise program slowly, mostly following the AHA guidelines. Even though some exercise is better than nothing, the “30-minutes-a-day” official recommendation can be accomplished by moderately paced walking.

For lowering blood pressure and cholesterol: An average 40 minutes of moderate- to vigorous-intensity aerobic activity three or four times per week.