The U.S. Food and Drug Administration says it is requiring makers of certain prescription drugs to treat insomnia to display the agency’s most prominent type of warning.

The so-called “boxed warning” requirement follows “several reports of rare, but serious injuries and deaths resulting from various complex sleep behaviors after taking these medicines,” the FDA said in statement. These sleep behaviors may include “sleepwalking, sleep driving and engaging in other activities while not fully awake, such as unsafely using a stove,” the FDA states.

The new boxed warning requirement is designed to better ensure that patients and their doctors have the information they need when considering use of these medicines, the agency says.

The FDA says the new warnings will be required for eszopiclone (Lunesta), zaleplon (Sonata) and zolpidem (Ambien, Ambien CR, Edluar, Intermezzo, and Zolpimist).

“We recognize that millions of Americans suffer from insomnia and rely on these drugs to help them sleep better at night,” said FDA Acting Commissioner Ned Sharpless, M.D. “While these incidents are rare, they are serious and it’s important that patients and health care professionals are aware of the risk.

Dr. Sharpless adds that these incidents can occur after the first dose of these sleep medicines or after a longer period of treatment. And they “can occur in patients without any history of these behaviors and even at the lowest recommended doses,” he says.

New Research Confirms That Obesity Can Lead to Early Death

A new study has linked obesity to a shorter life span, compared to those who maintain a BMI under 25.

Adults who are obese are 12 times as likely to develop type 2 diabetes, and are at 22 times higher risk of sleep apnoea, than their peers whose weight fall within the normal range, according to new findings presented last week at the 2019 European Congress on Obesity in Glasgow, Scotland.

Researchers analyzed BMI, health, and mortality data on more than 2.8 million adults with an average age of 51 years between January 2000 and July 2018. The information was part of a British database that the study’s authors said is representative of the overall population demographics.

A seprate study presented at the European Congress on Obesity found that obese adults who commute by car have a 32 percent higher risk of heart disease and early death, compared with those who commute by cycling and walking.

That study’s lead author, Edward Toke-Bjolgerud, a researcher at the University of Glasgow, studied more than 163,000 people over five years. Researchers concldued that people who are overweight or obese could decrease the risk of dying prematurely if they walked or cycled to work — or incorporated a similar amount of regular physical activity in their lives.

Stanford Researchers May Have Blood Test for Chronic Fatigue Syndrome

The cause of “chronic fatigue syndrome” (CFS) has long been somewhat of a mystery to physicians and a frustrating burden to sufferers. But can CFS being diagnosed with a simple blood test? Possibly, according to scientists at Stanford University School of Medicine.

CFS is believed to affect several million people. In addition to debilitating fatigue, symptoms can include chronic pain, problems with memory and concentration, gastrointestinal issues and extreme sensitivity to light, sound and smell.

Stanford researchers claim they have created a blood test that may be able to identify people who have myalgic encephalomyelitis, the clinical term for chronic fatigue syndrome. In a study published this week in the Proceedings of the National Academy of Sciences, the researchers say they’ve devised a test that, at least in a small sample of people, can distinguish those with CFS.

The test, which is still in a pilot phase, is based on how a person’s immune cells respond to stress, the researchers said in a statement. With blood samples from 40 people — 20 with chronic fatigue syndrome and 20 without CFS — the test yielded precise results, accurately flagging all chronic fatigue syndrome patients and none of the healthy individuals, they said.

The diagnostic platform could even help identify possible drugs to treat chronic fatigue syndrome, a condition which — until now – has lacked scientific proof or a reliable diagnostic test.

“We don’t know exactly why the cells and plasma are acting this way, or even what they’re doing,” says Ron Davis, Ph.D., professor of biochemistry and of genetics at Stanford. “But there is scientific evidence that this disease is not a fabrication of a patient’s mind. We clearly see a difference in the way healthy and chronic fatigue syndrome immune cells process stress.” 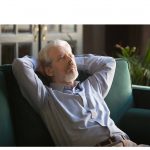 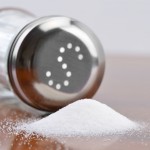