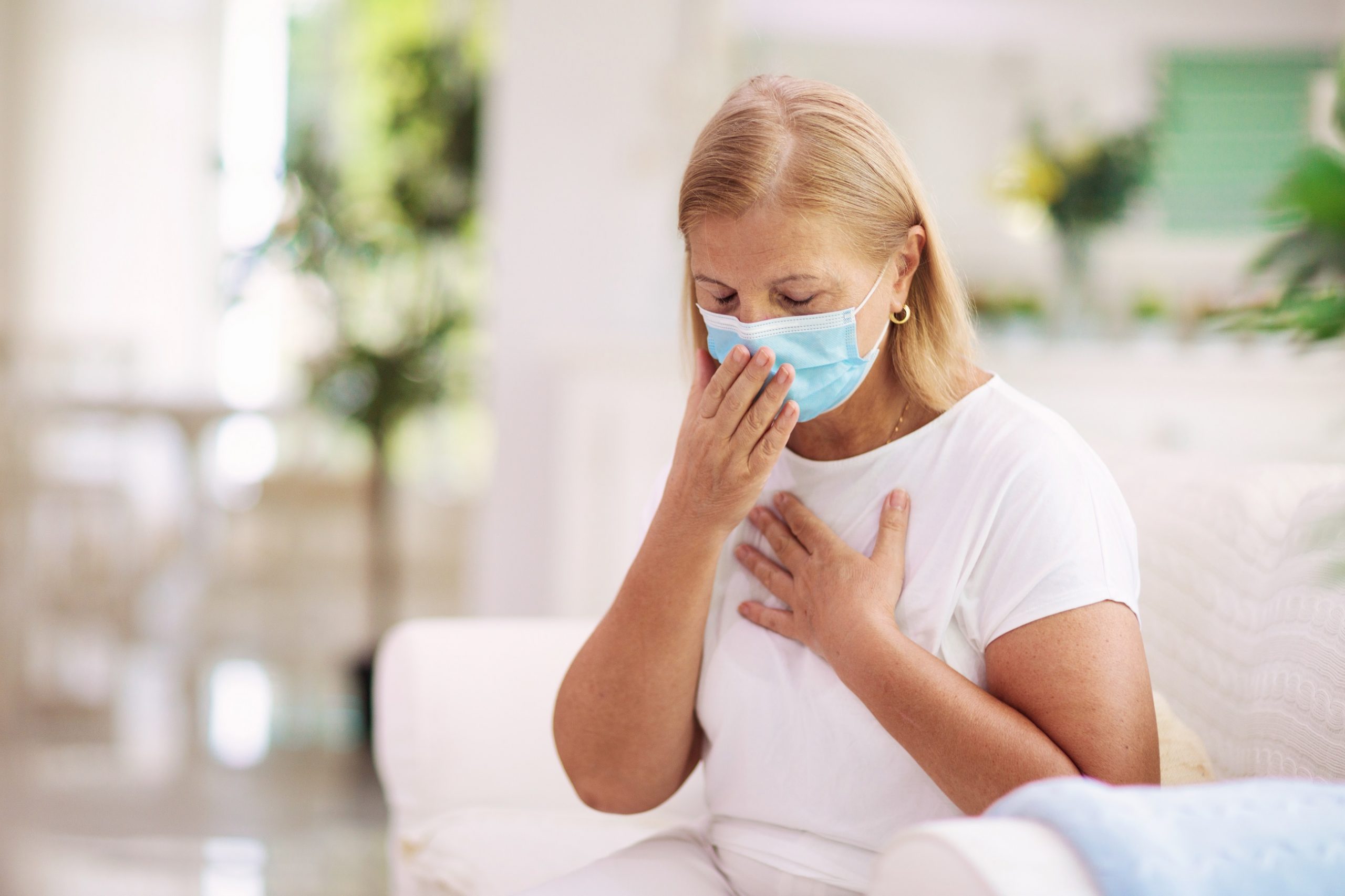 Many studies are underway to determine the severity, extent and time-tables of “long COVID” — referring to those who retain symptoms months after initial infection, also called “long haulers.”

A new study, published in the peer-reviewed journal Nature Medicine, indicates that coronavirus symptoms experienced in the first week of infection may be reliable “predictors” of how long symptoms will last. Patients with COVID-19 who had more than five symptoms in their first week of COVID-related illness were more likely to become long haulers, the study found. Researchers defined long haulers as those who retain symptoms for longer than 28 days.

The research team from King’s College London, Massachusetts General Hospital and Boston Children’s Hospital, surveyed patients with COVID-19 from the U.K., U.S. and Sweden. Survey participants were asked to register their symptoms on a smartphone application from March to September 2020.

The five symptoms during the first week of infection that were the top predictors of becoming a long hauler were fatigue, headache, hoarse voice, muscle pain and difficulty breathing.

Out of more than 4,000 participants in the study, about 13 percent of patients reported symptoms lasting more than 28 days, 4 percent for more than 8 weeks and 2 percent more than 12 weeks.

The older the participant in the study, the more likely that he or she would become long haulers — “rising from 9.9 percent in the individuals aged 18–49 years to 21.9 percent in those aged 70 years or older,” the study states.

Long haul symptoms “disproportionately affected women (14.9 percent) compared with men (9.5 percent), although not in the older age group (70 years and older), the study says. Anosmia, which refers to the loss of smell, was the most common symptom in older age groups.

The number of people seeking help to quit smoking cigarettes or other tobacco products decreased by 27 percent last year — a troubling sign linked to the stress of the COVID-19 pandemic, a new study finds.

Smoking remains the single largest preventable cause of death and illness in the world. And more than 16 million Americans live with a smoking-related disease. Smoking causes an estimated 480,000 deaths every year, or about 1 in 5 deaths, says the U.S. Centers for Disease Control and Prevention (CDC). More than 80 percent of lung cancer cases are tied to smoking. And lung cancer is leading cause of cancer deaths among both women and men.

Quitlines are telephone-based tobacco cessation services that help tobacco users quit. Services offered by quitlines include coaching and counseling, referrals, mailed materials, and cessation training for healthcare providers. NAQC said the sharp drop in calls – the lowest number since 2007 – was likely due to stress, anxiety, depression and isolation during the pandemic.

“The decrease in calls mirrored the timeline of the pandemic, with a 6 percent decrease in the first quarter of 2020 (January – March), followed by decreases of 39 percent, 30 percent, and 21 percent for quarters two, three and four,” NAQC said in a media advisory.

The organization adds that the availability and effectiveness of cessation services need to be amplified. “The COVID-19 pandemic has challenged our progress on smoking cessation in 2020, but this does not need to be the case in 2021,” NAQC states.

The rates of cigarette smoking have substantially declined over the past several decades — from 42 percent in 1965 to 13.7 percent in 2019.

Report: There were Nearly 16 Million Asymptomatic COVID Cases That were Not Officially Reported

There may have been an estimated 15.9 million more COVID-19 cases as of Sep 30, 2020 because of underreporting of cases that involved asymptomatic patients — those who presented with very mild or no symptoms, according to a research letter by Clinical Reference Laboratory scientists in Kansas, and published in JAMA Network Open.

That represents twice as many cases as being reported nationwide by the end of September, researchers say. The report features a national sample of 61,910 generally healthy adults who were life insurance applicants evaluated for the presence of COVID-19 antibodies in September.

Of the 61,910 participants, 4,094 (6.6 percent) had coronavirus antibodies, or were “seropositive,” which means they had a previous COVID-19 infection. Based on this sample, the researchers estimated that 15.9 million asymptomatic or undiagnosed COVID-19 infections may have occurred.

“Our estimate implied more than twice the number of infections than cases reported to U.S. Centers for Disease Control and Prevention, suggesting a more widespread pandemic,” the researchers wrote. “The findings of this cross-sectional study suggest that, based on a sample from an otherwise healthy population, the overall number of SARS-CoV-2 infections in the US may be substantially higher than estimates based on public health case reporting.”