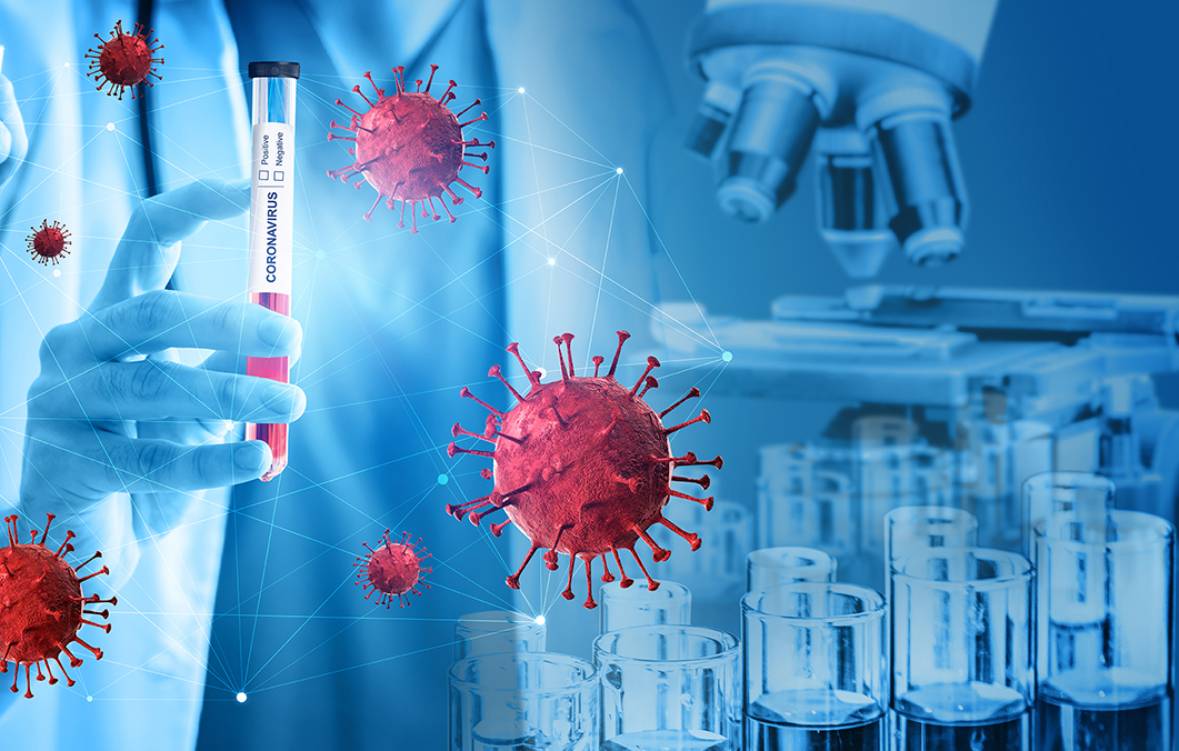 Scientists involved in separate studies in the U.S. and Israel have isolated antibodies that neutralize all known strains of COVID-19 – including the two dominant variants of the past year, Delta and Omicron. While COVID vaccines, including boosters, have been effective at helping keep people from getting severely ill from COVID-19, advances developing all-strain antibodies may help create an even more efficient booster in the future, researchers say.

In the U.S. study, researchers at Boston Children’s Hospital and Duke University isolated and developed the antibody, called SP1-77, from studies in mice. The results were published in the journal Science Immunology. SP1-77 can neutralize all currently known variants of COVID, the study says.

The mice were exposed to COVID’s so-called spike protein, which the virus uses to latch onto a body’s cells. The researchers produced nine different subgroups of antibodies that the immune systems in the mice developed to fight the spike protein and attempt to neutralize it. Those antibodies were then tested further. One of them, SP1-77, was able to neutralize Alpha, Beta, Gamma, Delta, and all Omicron variants, including the currently dominant one.

In the Israeli study, Tel Aviv University researchers isolated two antibodies that neutralize all known strains of COVID-19. The study, published in the journal Communications Biology, was conducted in collaboration with a team at the University of California at San Diego.

The new findings update previous research from Tel Aviv University’s Department of Clinical Microbiology and conducted in October 2020 at the height of the COVID-19 pandemic. At that time, the researchers sequenced immune system cells from the blood of Israelis who had recovered from the original COVID strain. They then isolated nine antibodies that the patients produced.

So-called “ultra-processed foods” that are usually found in formulations made of little or no whole foods now make up an estimated 57 percent of total daily calories consumed by U.S. adults, studies have found. But eating too much of ultra-processed foods is not good for your health, as two new studies published in the British Medical Journal have found.

The studies indicate links between high consumption of ultra-processed foods and increased risks of cardiovascular disease and colorectal cancer. Previous studies have found associations between eating such foods and obesity, cholesterol and high blood pressure.

In the first study, researchers looked at the link between the consumption of ultra-processed foods and the risk of colorectal cancer in U.S. adults. They used established data on 46,341 men and 159,907 women from large studies of U.S. health professionals. Their specific dietary habits were assessed every four years using detailed questionnaires.

Foods were grouped by degree of processing and rates of colorectal cancer were measured over a period of 24 to 28 years, taking into consideration medical and lifestyle factors. The results: Men who consumed the highest amount of ultra-processed foods had a 29 percent higher risk of developing colorectal cancer, compared with those who consumed the least amount. The results among women showed a significantly lower risk.

In the second new study, researched looked at associations between consuming ultra-processed foods and the risk of heart disease.  Findings are based on 22,895 Italian adults (average age 55 years; 48 percent men). The quantity and quality of food and drinks consumed were reviewed over a 14-year period (2005 to 2019), taking into consideration underlying medical conditions.

“Diets high in ultra-processed foods are also usually low in nutrients and bioactive compounds that are beneficial for the prevention of colorectal cancer, such as fiber, calcium, and vitamin D,” researchers from the first study state.

Regular Physical Activity can Lower Risk of Death From Any Cause for Older Adults, Says NIH Study

Adults between ages 59 and 82 who take part weekly in different physical activities, such as walking for exercise, jogging, swimming, or playing tennis, may have a lower risk of death from any cause including heart disease and cancer, says to a new study led by researchers at the National Cancer Institute, part of the National Institutes of Health (NIH).

The study’s findings reinforce the vital important “for older adults to engage in leisure time activities that they enjoy and can sustain,” states an NIH news release.

Researchers used data from 272,550 adults, ages 59 to 82, who had completed questionnaires about their “leisure time activities.” As part of this NIH-AARP Diet and Health Study, they reviewed the link between equivalent amounts of seven different physical activities, including running, cycling, swimming and other aerobic exercise, with a lowered risk of death.

Their findings: Achieving the U.S. government’s recommended amount of physical activity per week through any combination of activities was associated with a 13 percent lower risk of death from any cause, compared with no participation. Activities with the best results included playing racquet sports, such as tennis, which was linked to a 16 percent reduction in risk; and running, which was associated with a 15 percent reduction.

“The levels of activity by the most active individuals (those who exceeded the recommended levels of physical activity) were associated with even greater reductions in the risk of death, but there were diminishing returns as activity levels increased,” states the NIH.