Regular exercise helps lower the risk of diabetes and other chronic diseases, but a new study focuses on the specific benefits of cycling in helping fend off type 2 diabetes.

People who ride a bicycle to work, or cycled just for fun or exercise, regularly are less likely to get diabetes, according to researchers from the University of Southern Denmark. The new study involved 24,623 men and 27,890 women from Denmark, ages 50 to 65.

Researchers examined the link between the participants’ self-reported commuter and recreational cycling habits and their type 2 diabetes incidence, which was already recorded in the Danish National Diabetes Registry.

In the end, researchers found that participants who biked habitually had lesser chances of developing type 2 diabetes. And the more time these participants spent cycling, the lower their risk for the disease.

After five years, the participants and their bicycling practices were re-evaluated. Those who began riding a bike on a regular basis faced a 20-percent-reduced risk for type 2 diabetes than participants who did not it. Researchers also considered other factors that could have affected participants’ diabetes risk, including diet, waist circumference, history of smoking, alcohol consumption and other forms of exercise.

Another key finding: Even older adults can reap the benefits of cycling to lower their risk. Researchers found that those who started the habit later in life had a lower of risk of type 2 diabetes as well.

School-age kids have a role in the public health fight against Zika, the virus carried by mosquitoes. That’s the word from the Florida Department of Health, which recently launched a youth-oriented campaign to prevent mosquito bites and mosquito-borne illnesses.

The campaign is called “Spill the Water!” The central message: Zika-carrying mosquitoes can breed in just a bottle cap of water or a single teaspoon.

“With the help of state and local partners, the department is educating Florida kids on the dangers of mosquito-borne illnesses, teaching them to spill standing water around their home this summer and cover up their skin with clothing and repellant before they head outside to play,” the state says. Visit www.SpilltheWater.com for more information.

The state has created age-specific campaign posters for kids of all ages, teachers and parents. (A message tailored for teens is featured below.)

Zika, already prevalent in much of Latin America and the Caribbean, is believed to cause microcephaly when contracted in pregnancy. This is a serious birth defect in which babies are born with abnormally small heads and other health concerns. The Zika virus has been linked to thousands of cases of recent birth defects in Brazil.

South Florida has about 45 types of mosquitoes, including those that also carry several other diseases, such as dengue fever, West Nile Virus, encephalitis, malaria, chikungunya, dog heartworm and others. During rainy season, health experts fear that South Florida’s sub-tropical climate could provide a fertile breeding ground for Aedes aegypti mosquito, which carries the Zika virus.

Statewide, there are a total 250 cases of Zika, including 78 in Miami-Dade County and 43 in Broward County, as of July 13. Additionally, there are another 43 cases involving pregnant women throughout the state. All of the cases are linked to travel.
Helpful Zika-related links: 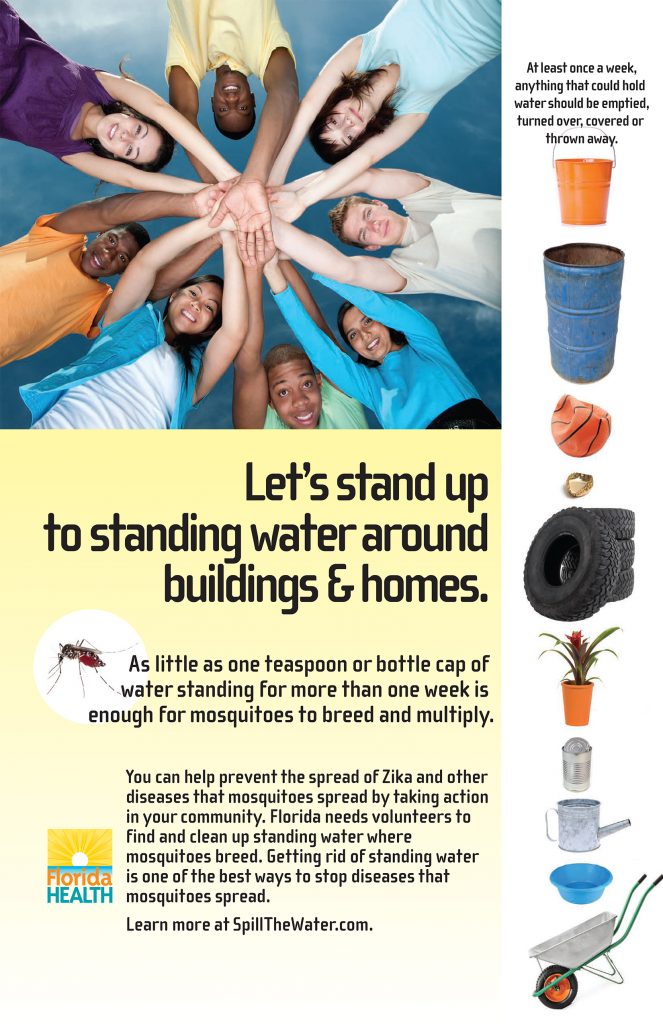