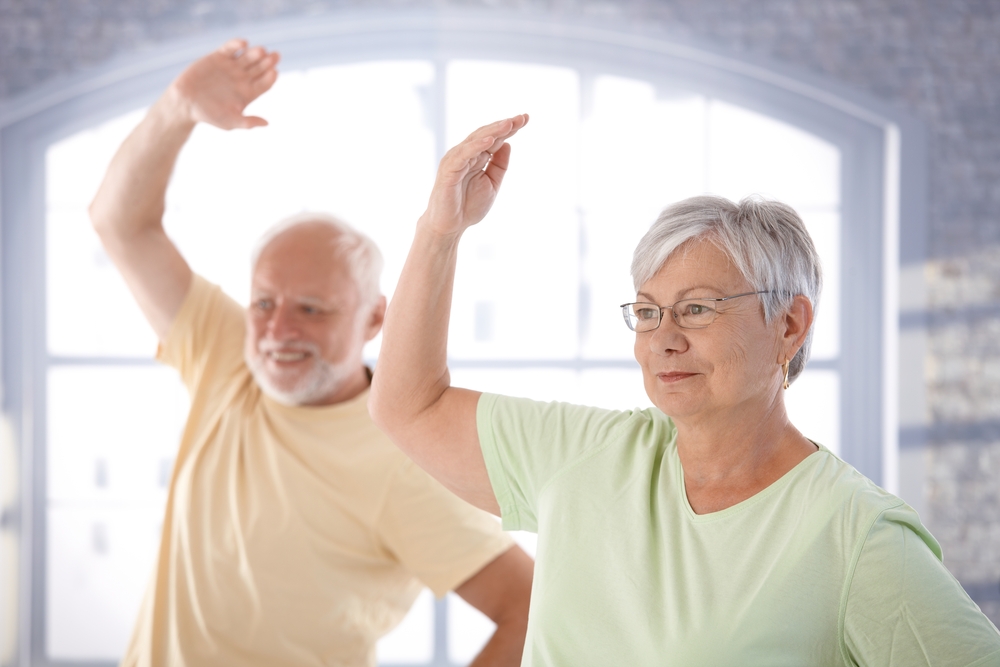 Being Fit, Active Benefits Even Those With Family History of Heart Disease

Exercise is good for your heart and preventing chronic disease. That’s a well established link. But a new study suggests that regular exercise and staying fit can protect your heart even if you have a strong family history of heart disease.

Staying physically fit has been linked to several cardiovascular benefits—including healthy body weight, lower blood pressure and reduced inflammation. Researchers from Stanford University and Uppsala University in Sweden analyzed data from a group of about 500,000 men and women, ages 49 to 60, gathered over an average of six years.

They found that those who were fit were less likely to develop heart disease over six years. And this applied even for adults who carried gene variants that raise the odds of heart problems.

People with the highest genetic risk for heart problems who were the most fit had a 49 percent lower risk of developing heart trouble. The finding does not mean exercise erases the effects of genes, the researchers added. But if you have a chronicled history of early heart disease in the family, regular physical activity is beneficial.

“The main message of this study is that genetic risk isn’t deterministic,” says Erik Ingelsson, M.D., Ph.D., professor of medicine at the Stanford University School of Medicine and lead author of the study published in the American Heart Association Journal, Circulation. “Even if your parents died early of heart disease, you can reduce your risk to the
level of someone with no family history of the disease by increasing your fitness.”

Heart disease is the No. 1 cause of death of men and women in the United States, killing more than 700,000 people yearly. Heart attacks, heart failure, stroke and abnormal heart rhythms, such as atrial fibrillation, comprise conditions under the “heart disease” category. Many of these conditions involve narrowed or blocked blood vessels.

Risk of Dementia Seems to Increase After Traumatic Brain Injury

A traumatic brain injury (TBI), including a concussion, may raise your risk for Alzheimer’s or other forms of dementia, a new study suggests.

Researchers looked at 36 years of data from 2.8 million people and found that those who sustained TBIs were 24 percent more likely to be diagnosed with dementia than those with no history of TBI.

The study, published in the Lancet Psychiatry Journal, did not prove that TBIs cause dementia risk to rise. But it noted an association. Traumatic brain injury occurs when a bump or blow to the head disrupts normal brain function, with the most common causes of TBIs being falls, traffic crashes and assaults. Most concussions suffered in sporting activities are considered mild TBIs.

“What surprised us was that even a single mild TBI was associated with a significantly higher risk of dementia,” said lead author Jesse Fann, M.D., a professor of psychiatry and behavioral sciences at the University of Washington School of Medicine, in a press release. “And the relationship between the number of traumatic brain injuries and risk of dementia was very clear…Similarly, a single severe brain injury seems to have twice the risk associated with dementia as a single mild traumatic brain injury.”

However, he added, that “our findings do not suggest that everyone who suffers a traumatic brain injury will go on to develop dementia in later life.”

The U.S. Food and Drug Administration (FDA) has approved marketing of the first medical device to use artificial intelligence to detect more than just a mild form of diabetic eye disease in adults.

Diabetic retinopathy occurs when high levels of blood sugar lead to damage in the blood vessels of the retina, the light-sensitive tissue in the back of the eye. Diabetic retinopathy is the most common cause of vision loss among the more than 30 million Americans living with diabetes. It is also the leading cause of vision impairment and blindness among working-age adults.

The device, called IDx-DR, is a software program that uses an artificial intelligence algorithm to analyze images of the eye taken with a retinal camera called the Topcon NW400, the FDA states. A doctor uploads the digital images of the patient’s retinas to a cloud server on which the software is installed. If the images are of sufficient quality, the software provides the doctor with one of two results: (1) “more than mild diabetic retinopathy detected: refer to an eye care professional” or (2) “negative for more than mild diabetic retinopathy; rescreen in 12 months.”

If a positive result is detected, patients should see an eye care provider for further diagnostic evaluation and possible treatment as soon as possible, the FDA states.

“Early detection of retinopathy is an important part of managing care for the millions of people with diabetes, yet many patients with diabetes are not adequately screened for diabetic retinopathy since about 50 percent of them do not see their eye doctor on a yearly basis,” said Malvina Eydelman, M.D., director of the Division of Ophthalmic, and Ear, Nose and Throat Devices at the FDA’s Center for Devices and Radiological Health. “Today’s decision permits the marketing of a novel artificial intelligence technology that can be used in a primary care doctor’s office.”

Before issuing its approval, the FDA evaluated data from a clinical study of retinal images obtained from 900 patients with diabetes at 10 primary care sites. The study was designed to evaluate how often IDx-DR could accurately detect patients with more than mild diabetic retinopathy.