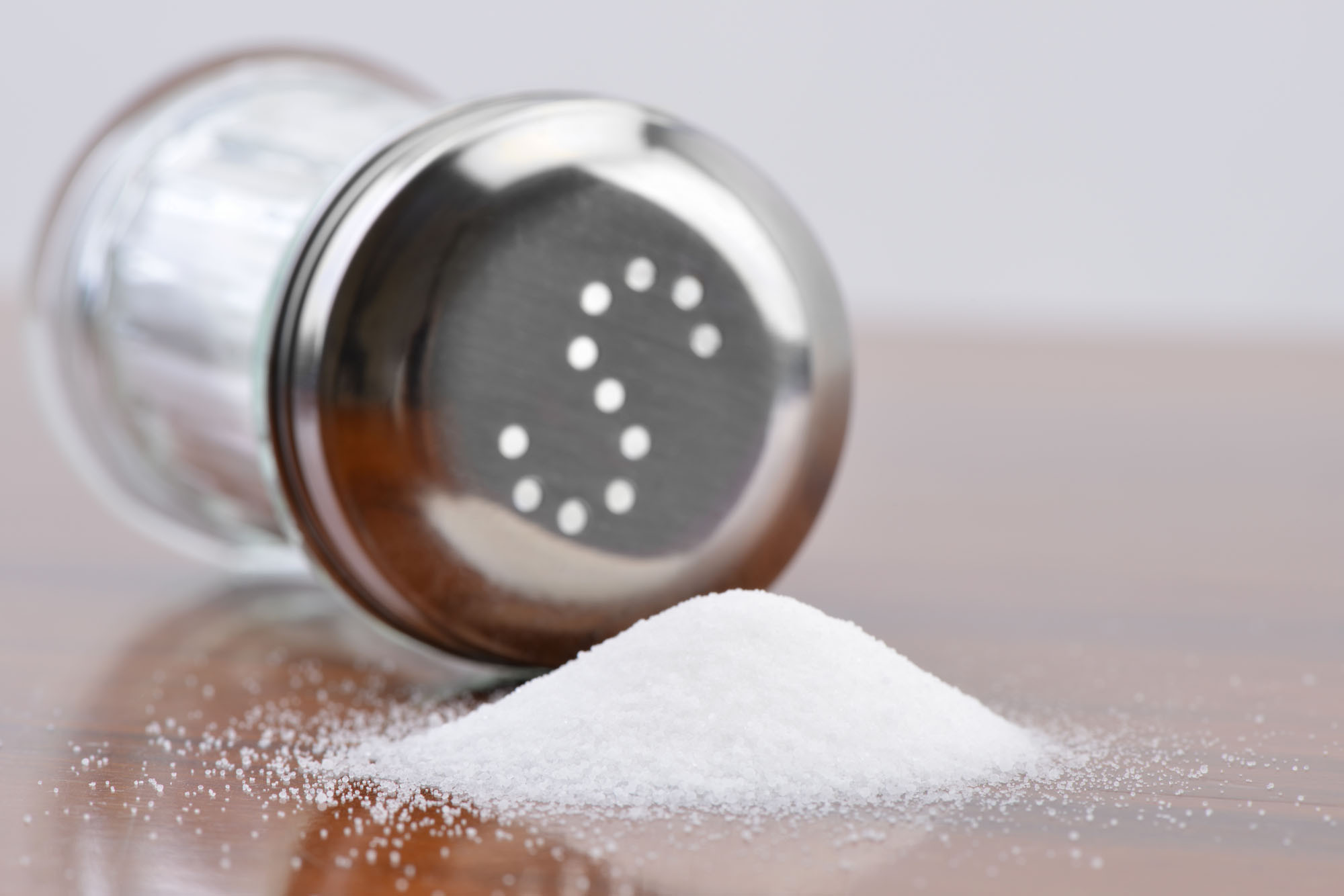 Regularly Adding Salt to Foods Can Increase Your Risk of Early Death by 28%: New Study

It’s well established that too much salt – commonly referred to as “sodium” on food labels – is not healthy for you, especially if you have high blood pressure. High sodium consumption in the form of salt can raise blood pressure, and high blood pressure is a major risk factor for heart disease and stroke.

In a new study published in the European Heart Journal, researchers from Tulane University in Louisiana found that regularly adding salt to food is linked to premature death from causes such as cardiovascular disease, stroke or cancer. They concluded that the habit of adding salt increases your risk of dying prematurely from any cause by 28 percent, compared to those who never or rarely add salt.

“Even a modest reduction in sodium intake, by adding less or no salt to food at the table, is likely to result in substantial health benefits, especially when it is achieved in the general population,” said the study’s lead author, Lu Qi, M.D., Ph.D., a professor in Tulane University’s School of Public Health and Tropical Medicine and director of the university’s Obesity Research Center, in a statement.

One teaspoon of salt has about 2,300 mg (milligrams) of sodium.  And that’s precisely what the U.S. Dietary Guidelines recommend that a person consume in a single day — about a teaspoon of table salt. Most significantly, the U.S. recommendations state that individuals with hypertension, or high blood pressure, should restrict their intake of sodium even further — down to 1,500 mg of sodium per day.

Americans consume about 3,400 mg of sodium per day, which is much more than the recommended 2,300 mg. The sodium mostly comes from salt, 75 percent of which is found in prepared, processed or restaurant food.

The new study’s researchers reviewed data from 501,379 people taking part in the United Kingdom Biobank study, which surveys participants about their salt consumption habits. The researchers adjusted for factors that could affect outcomes, such as age, sex, race, deprivation, body mass index (BMI), smoking, alcohol intake, physical activity, diet and medical conditions such as diabetes, cancer and heart and blood vessel diseases. Premature death was defined as death before the age of 75 years.

Generally, a higher frequency of adding salt to foods among study participants was associated with other poor dietary habits, such as a “higher intake of red meat and processed meat but lower intake of vegetables, fruits, and fish,” the study states.

Childhood obesity is becoming more common in the U.S., helping fuel an epidemic among adults, despite the prevalence of school-based campaigns nationwide to promote healthy lifestyles, new research has found.

A study published in Pediatrics followed two groups of children nationwide from kindergarten to fifth grade – about ages 6 to 11. The first group was monitored from 1998 to 2004, and the second group from 2010 to 2016.

About 16 percent of children who did not have weight issues when they entered kindergarten in 2010 were obese by the end of fifth grade, compared with 15.5 percent of those studied in the same BMI (body mass index) category who started kindergarten in 1998. Children who were monitored in 2010 became obese at younger ages than their counterparts in the 1998 group.

The study concludes: “Incidence of childhood obesity was higher, occurred at younger ages, and was more severe (in 2010) than 12 years previous; thus, more youths may now be at risk for health consequences associated with early onset of obesity.”

Between March 2020 and October 2021, COVID-19 surged to become the third leading cause of death in the United States, according to an analysis of death certificate data by researchers at the National Cancer Institute, part of the National Institutes of Health.

During the 20-month period studied, COVID-19 accounted for 1 in 8 deaths (or 350,000 deaths) in the U.S., according to the study published in the JAMA Internal Medicine. Heart disease was the No. 1 cause of death, followed by cancer, with these two causes of death accounting for a total of 1.29 million deaths. Heart disease and cancer have been the top leading causes of U.S. deaths for decades. Accidents and stroke were the fourth and fifth leading causes of death.

In every age group 15 years and older, COVID-19 was one of the top five causes of death during this period.

Researchers found that COVID-19 was the fourth and fifth leading cause of death among people ages 45–54 and 35–44, respectively, in 2020.

The pandemic has also had an indirect effect on other causes of death in the United States. “Past data have shown that deaths from other causes, including heart disease, accidents, stroke, Alzheimer’s disease, and diabetes increased from 2019 to 2020, possibly because people were reluctant to seek medical care for fear of catching COVID-19,” the NIH states in a news release.

Additional impacts of the pandemic on other causes of death may surface in coming years, the study concludes. For example, the pandemic prevented many people from getting regular cancer screenings, which may result in future increases in cancer deaths.