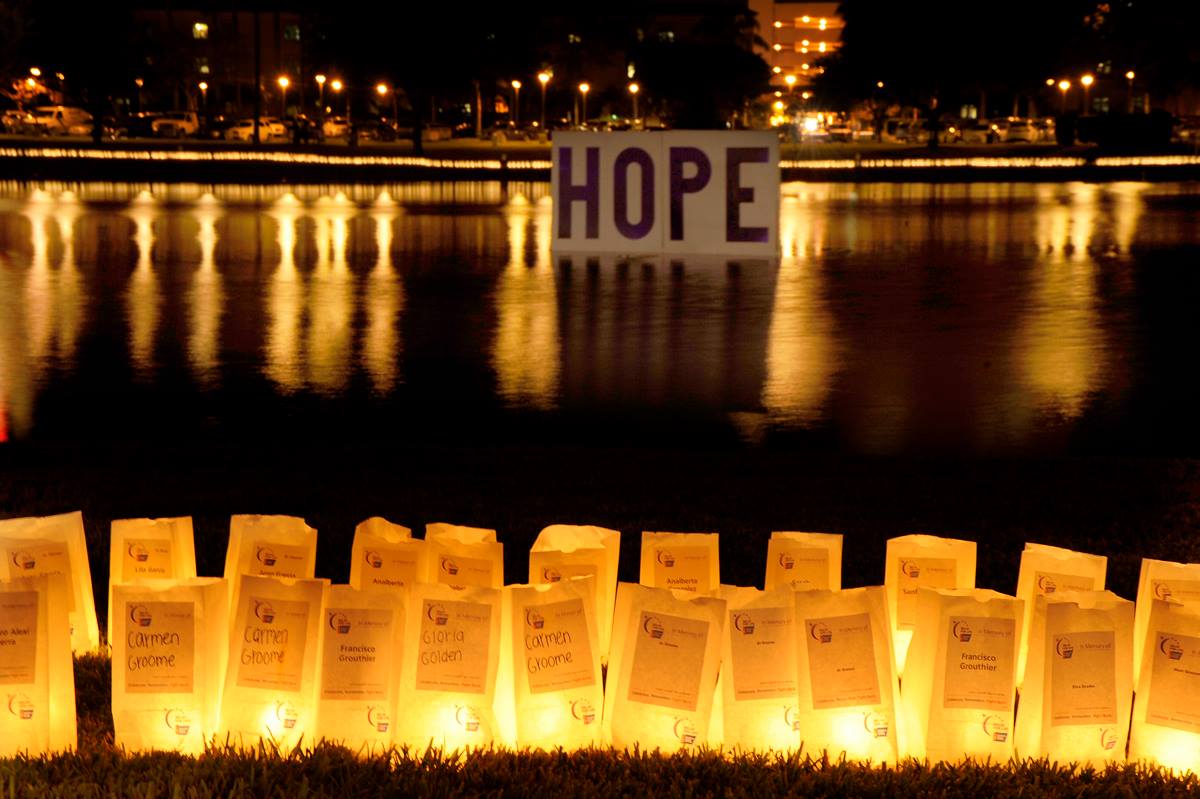 Every year, Denise Knight, 77, participates in the American Cancer Society’s (ACS) Relay for Life and does a victory lap. Ms. Knight is a cancer survivor and the lap is officially called the Survivors and Caregivers Lap. It’s her favorite part of the event.

“You feel like a celebrity,” she said. “People of all ages line the path and cheer for you as you walk around the lake. I imagine this is what it feels like to walk a red carpet.”

Ms. Knight, along with other cancer survivors and caregivers, will receive much-deserved fanfare as they make that special lap during this year’s Relay for Life of East Kendall on Saturday, March 12, 12 noon to 10 p.m., on the Baptist Hospital campus. At last year’s Relay, 5,000 people cheered on 270 cancer survivors and teams raised nearly $295,000 for ACS research, education and programs, and services for patients and caregivers. The Relay, now in its 18th year, is sponsored by Miami Cancer Institute at Baptist Health South Florida.

Ms. Knight has been cancer-free for 21 years and hopes her story inspires others to “never stop fighting and never give up hope.” She was diagnosed in 1997 with disseminated breast cancer – cancer that had spread to her bones. She discussed her prognosis with her doctor, Grace Wang, M.D., an oncologist with Miami Cancer Institute, and also discussed a clinical trial involving the experimental drug trastuzumab (Herceptin).

“Ms. Knight is a nurse, so she understood that it was important for her to try the drug, not only for herself, but also for other patients,” Dr. Wang explained.

‘It was Lifesaving Treatment’

Ms. Knight said she took the drug, stayed strong and prayed. “Without a doubt, it was lifesaving treatment for me,” she said. Ms. Knight has been here for her two children and the birth of her two grandchildren. She’s enjoyed a 27-year career with Vitas Healthcare, where she still works in hospice care. And the drug trastuzumab was approved by the U.S. Food and Drug Administration in 1998, a landmark in the treatment of certain kinds of breast cancer, according to Dr. Wang.

Dr. Wang encourages people to support the revolutionary work of the ACS by joining a Relay team, volunteering at the event, making a donation or raising funds. As vice chair of the Volunteer Leadership Board of the ACS of Miami-Dade County and sponsor chair for the Relay, Dr. Wang once again will speak at the Luminaria Ceremony, which is her favorite part of the event. Nearly 6,000 personalized luminaria were lit at last year’s Relay to honor survivors and remember family and friends.

That shows we have lost too many people to cancer, says Dr. Wang. “We have made great progress, but we have more work to do.”

The Institute’s new home is being constructed on the Baptist Hospital campus across from the Relay site, and will open later this year. The $430 million state-of-the-art facility will house all cancer services under one roof, including the first proton therapy center in South Florida.