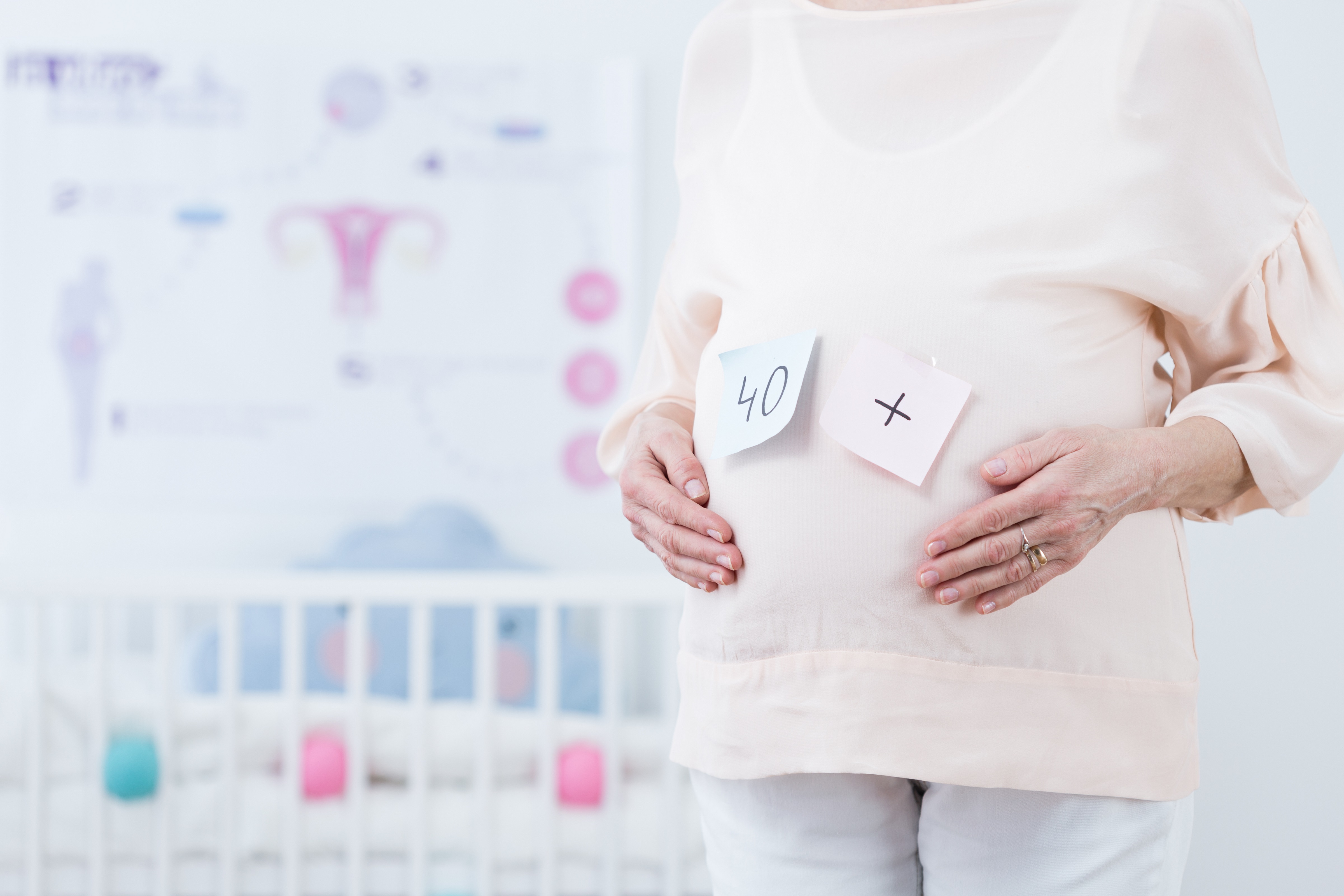 Pregnancy After 35: Risks and Complications

Entertainer Janet Jackson revealed at age 50 that she was pregnant with her first child. Other celebrities, such as Kelly Preston and Halle Berry, have also had children after the age of 45, seemingly without difficulty. Yet for some women, pregnancy past the age of 35 can involve risks or require medical intervention in the form of fertility treatments to achieve pregnancy and in managing complications that can occur in women with advanced maternal age and their babies.

“Advanced maternal age is a phrase we use to describe women 35 years old and up,” said Karen Salazar Valdes, M.D., an obstetrician and gynecologist affiliated with Baptist Hospital of Miami. “While the starting age of this grouping is essentially arbitrary, evidence suggests that certain risks to fertility and pregnancy do begin to increase beginning at age 35.”

According to a study published in the journal Obstetrics & Gynecology, of 369,516 pregnant women in Denmark, women older than 40 had a higher incidence of babies with chromosomal abnormalities, miscarriage and pre-term birth than their younger counterparts. Still, the study found no correlation between advanced maternal age and congenital malformations or stillbirths. Meanwhile, Dr. Salazar Valdes says countless other studies have shown a correlation between advanced maternal age, birth defects and stillbirths. The researchers of the March study cautioned that while several factors can contribute to adverse pregnancy outcomes, advanced maternal age drives the total risk.

Dr. Salazar Valdes says that women realize one of the main risks of putting off childbearing when they face difficulty getting pregnant. The American College of Obstetricians and Gynecologists (ACOG) says that fertility for most women peaks in the late teens to the late 20s. As women enter their 30s, their ability to conceive begins to decline and rapidly speeds up by age 35. Once a woman reaches 45, her ability to get pregnant naturally is greatly diminished.

Dr. Salazar Valdes explains that the decrease in fertility results from fewer and weaker eggs in the ovaries. “Women are born with their lifetime supply of eggs, and as we get older, the quantity and quality of those eggs declines, setting the stage for troubles conceiving,” she said.

Moreover, fertility in men also declines with age, as sperm counts, motility and semen volume decrease. “Older women often must turn to reproductive assistance, such as IVF, or in vitro fertilization, to achieve pregnancy,” Dr. Salazar Valdes said, warning that these often-expensive treatments may fail in women of advanced maternal age. And, with reproductive assistance, the incidence of multiples increases, which places further risks on the pregnancy. ACOG notes that naturally occurring multiples are more common in older mothers due to aging ovaries that can release more than one egg each month.

In addition to infertility, the declining quality of a woman’s eggs may lead to chromosomal anomalies. These anomalies include Down Syndrome – also known as Trisomy 21 – and Turner Syndrome, to name the most common. Dr. Salazar Valdes says that while risks of these chromosomal mutations are low in women in their peak reproductive years, 1 in 25 women in their mid-40s may have babies with abnormal chromosomes, including too many, too few or structurally compromised chromosomes.

In some cases, the chromosomal anomalies will lead to miscarriage, and in others, miscarriage may be the result of insufficient egg implantation or of structural problems in an aging reproductive system. A study published in The BMJ in 2000 showed that the risk of miscarriage is around 9 percent for women 20 to 24 years old and increases to nearly 75 percent for women 45 years or older.

While the study of pregnant women in Denmark revealed no correlation between advanced maternal age and stillbirths, previous studies in the United Kingdom and Canada observed that stillbirths occurred at a higher rate in older women. Canada’s study, published in the Canadian Medical Association Journal in 2008, found that stillbirth is around 1.2 to 2.23 times higher in older women. The British study, published in 2000, found that of 385,120 pregnancies in the United Kingdom, the rate of stillbirth was 4.7 per 1,000 for women aged 18 to 34, 6.1 per 1,000 between the ages of 35 and 40 years, and 8.1 per 1,000 for women aged 40 and over. Still, there’s little evidence to show why the risk is higher in older women, so more studies are necessary.

Other Pregnancy and Childbirth Complications

The study from the United Kingdom indicated that advanced maternal age contributes to additional pregnancy and childbirth complications. These include gestational diabetes, placenta previa and breech pregnancy, leading to the need for a vaginal delivery assisted by forceps or a vacuum, or an elective or emergency Caesarian-section delivery. Babies may also be born prematurely or have a low birth weight. Women 35 years old or older also had an increased risk of postpartum hemorrhaging, a life-threatening complication.

The U.S. Centers for Disease Control and Prevention (CDC) released data in 2017 that indicate that birth rates among women, aged 30 to 34, have surpassed those among women aged 25 to 29 for the first time in 30 years. Furthermore, the average age that women are having their first child is now 28, up from 26.4 in 2015 and 26.3 in 2014. The reasons for putting off motherhood until later in life include pursuing advanced education, establishing careers and looking for the right partner.

Many women older than 35 years can and have had healthy pregnancies and babies. Careful consideration of the risks and planning with a doctor to manage infertility, as well as pregnancy and childbirth complications are key. Also, Dr. Salazar Valdes says that talking with a doctor before getting pregnant and receiving regular prenatal care during pregnancy can and do make a significant difference in managing these high-risk pregnancies. 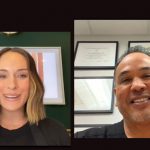 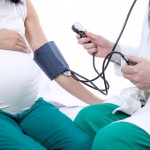 How Pregnancy Can Be a Predictor of Heart Disease