Pledge Not to Text While Driving

Do you text or check emails while driving? If so, you’re taking a very big risk of winding up injured.

A recent survey by the National Highway Traffic Safety Administration (NHTSA) found that 660,000 drivers are using mobile phones or manipulating electronic devices while driving at any given time during the day in the U.S.  NHTSA also reports that in 2011 more than 3,300 people died and 387,000 sustained injuries in automobile crashes involving a distracted driver.

Text messaging requires visual, manual, and cognitive attention from the driver, making it the most alarming distraction drivers face, according to the NHTSA.

Statistics, like these, have led many states to ban texting and driving altogether.

Florida’s law takes effect on October 1 and makes texting while driving a secondary offense. Drivers pulled over for speeding, for example, may be charged with a texting offense, if the officer witnesses them texting on their phone.

West Kendall Baptist Hospital and several businesses in the hospital’s surrounding community have joined together to raise awareness of the dangers of texting while driving.  They also are encouraging drivers to take a pledge not to text while driving.

“The numbers are very sobering, and we want to combat this problem by educating drivers about the risks,” said Karen Vassell, community relations manager at West Kendall Baptist Hospital.  “We’re placing signs in businesses like Lexus of West Kendall, BJ’s and The Home Depot, asking people to take our pledge not to text and drive.”

This fall, volunteers and police officers will visit schools to speak to teenage drivers about the dangers and punishments of texting while driving.

Here are some tips from the U.S. Department of Transportation to help you stay true to the pledge:
•    Turn off electronic devices and put them out of reach before starting to drive.
•    Be good role models for young drivers and set a good example. Talk with your teens about responsible driving.
•    Speak up when you are a passenger and your driver uses an electronic device while driving. Offer to make the call for the driver, so his or her full attention stays on the driving task.
•    Always wear your seat belt. Seat belts are the best defense against other unsafe drivers. 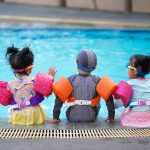 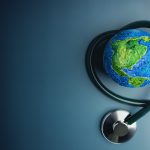 Screenings: Which to Get & Which to Skip