Pancreatic cancer is one of the most dangerous forms of cancer, according to the American Cancer Society. The disease has claimed the lives of a long list of celebrities, including Apple founder Steven Jobs, actor Patrick Swayze and opera star Luciano Pavarotti.

November is National Pancreatic Cancer Awareness Month. Here are a few facts you should know:

What is the pancreas?

Your pancreas is a six-inch organ, located behind the stomach. The pancreas contains glands and cells that play essential roles in the way you digest food. For example, the exocrine gland creates digestive juices that enable your body to break down proteins and fats from food. Endocrine cells produce insulin, a life-sustaining hormone we all need to convert food into energy.

What is pancreatic cancer?

According to the American Cancer Society, cancer develops when endocrine and exocrine cells create tumors in the pancreas. The majority of these tumors  are cancerous.

“Each type of tumor has its own signs and symptoms, is found using different tests, is treated in different ways, and has a different outlook for survival (prognosis),” according to a report from the American Cancer Society.

How serious is pancreatic cancer?

That’s because approximately, 80 to 90 percent of pancreatic cancer cases are detected in the advanced stages of the disease, according to National Institutes of Health. As a result, about 95 percent of patients die within five years.

How can the disease be detected earlier?

Scientists are working to create early detection screening tests, according to the Pancreatic Cancer Action Network. These tests include a simple blood or urine screening test that could be used to detect very early stages of pancreatic cancer.  Since genes plays a role in a person’s risk of developing any type of cancer, these tests would be given to those with a family history of pancreatic cancer.

In the meantime, early detection and preventive measures include removing tumors and cysts that have great potential for becoming cancerous. This step takes place after multiple imaging exams identify a complex cyst that is troubling because of its size and other characteristics. That’s what happened to Judy Ramiro, 55.

Earlier this year, an MRI revealed a mass on her pancreas. To diagnose and remove it, Baptist Health Medical Group general surgeon Jorge Rabaza, M.D. and his team performed one of the first robot-assisted Whipple operations in the region.

Using minimally invasive robotic surgery, the doctors performed a Whipple procedure to remove the growth. Turns out it was a benign cyst.

Ms. Ramiro is grateful that the cyst was removed before it could become cancerous. What’s more, the robot-assisted surgery left her with very little scarring.

What about early warning signs?

Unfortunately, the early signs of pancreatic cancer are vague. Signs include yellowing of the skin, unexplained weight loss, gastric pain and white stool.

How is pancreatic cancer treated?

After a diagnosis of cancer, treatment options include surgery, radiation and chemotherapy. The treatment plan may involve all three options, depending on the characteristics of the tumor.

Treatments usually improve patients’ quality of life, but pancreatic cancer still has one of the lowest survival rates of all cancers. 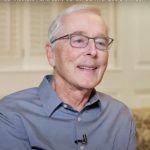 Beating the Odds: Pancreatic Cancer Survivor is Living Life to the Fullest