While breastfeeding is a natural process, it can be daunting — especially for a new mom. However, breastfeeding provides unmatched health benefits for both mothers and babies, and even reduces the risk for some short- and long-term health conditions, according to the U.S. Centers for Disease Control & Prevention (CDC).

World Breastfeeding Week is an annual celebration, August 1-7, held in more than 120 countries. UNICEF and the World Health Organization are calling on governments and all employers to adopt family-friendly policies that support breastfeeding. The American Academy of Pediatrics (AAP) says it “continues to support the unequivocal evidence that breastfeeding protects against a variety of diseases and conditions in the infant.”

As part of its focus on National Breastfeeding Awareness Month, Baptist Health South Florida last year hosted a Facebook Live discussion highlighting some of the challenges mothers face while breastfeeding, as well as some of the best ways to overcome those challenges.

The cells, hormones and antibodies in breast milk provide a unique protection for babies. Breastfeeding also aids mothers in getting back to their pre-pregnancy size, according to lactation consultant Carey Acosta at Homestead Hospital.

Infants who are breastfed have a reduced risk of:

Mothers who breastfeed have a reduced risk of:

What Are CommonChallenges When Breastfeeding?

Despite the many benefits of breastfeeding, for some, it canbe overwhelming and even take a physical and mental toll on a mother. Commonchallenges include:

But, according to Ms. Acosta, there are remedies to help aid with each of these challenges, whether it be by using nipple covers, pumping and storing the milk, and even using different feeding positions — the cradle hold, lying down, and the football hold.

Whether a baby is delivered naturally, delivered byC-section, or preterm delivery, both Acosta and Martinez say that breastfeedingis possible for these babies. Yet, this is another common misconception manymothers have.

“Moms think that if they have a C-section,they won’t have the same experience [breastfeeding], but yes, you definitely can,”says Ms. Martinez. “The other thing is having apreterm delivery … or a sick baby … you might not get to breastfeed right at that time, but we just want to make sure that you understand — if [breastfeeding] was yourplan, there’s still ways that you can breastfeed.”

According to the CDC, only one in four infants is exclusively breastfed as recommended by the time they are six months old. And 60 percent of mothers stop breastfeeding sooner than planned. This is in large part due to the lack of support during a mother’s breastfeeding journey. When it comes to support groups, “there are many moms that aren’t attending or they don’t have a way to go and they’re left alone,” Ms. Martinez says. “We want to make sure that moms are aware that postpartum depression is a real thing … and they’re reaching out and getting the help they need.”

There are also many lactation counseling events where newmoms are able to connect, share and learn from each other’s experiences.

Myth #1: The sizeof your breasts determine how much milk a mother produces.

Fact: “‘Pumping and dumping’ is really just so you don’t getengorged,” says Ms. Acosta. “You can have a glass of wine, but that doesn’tmean a supersize glass… we’re talking 4 oz. and everything in moderation.”

Myth #3: If youget sick, you need to stop breastfeeding.

Fact: “Stoppingbreastfeeding is not recommended, even when you’re sick,” says Ms. Martinez.“You do good hand-washing, you don’t want to cough on the baby, but you canstill breastfeed.”

Myth #4: Breastfeedingis hereditary.“Every baby is different and every pregnancy isdifferent, so that really doesn’t play a role,” says Ms. Acosta. 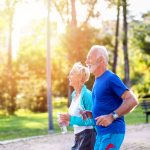