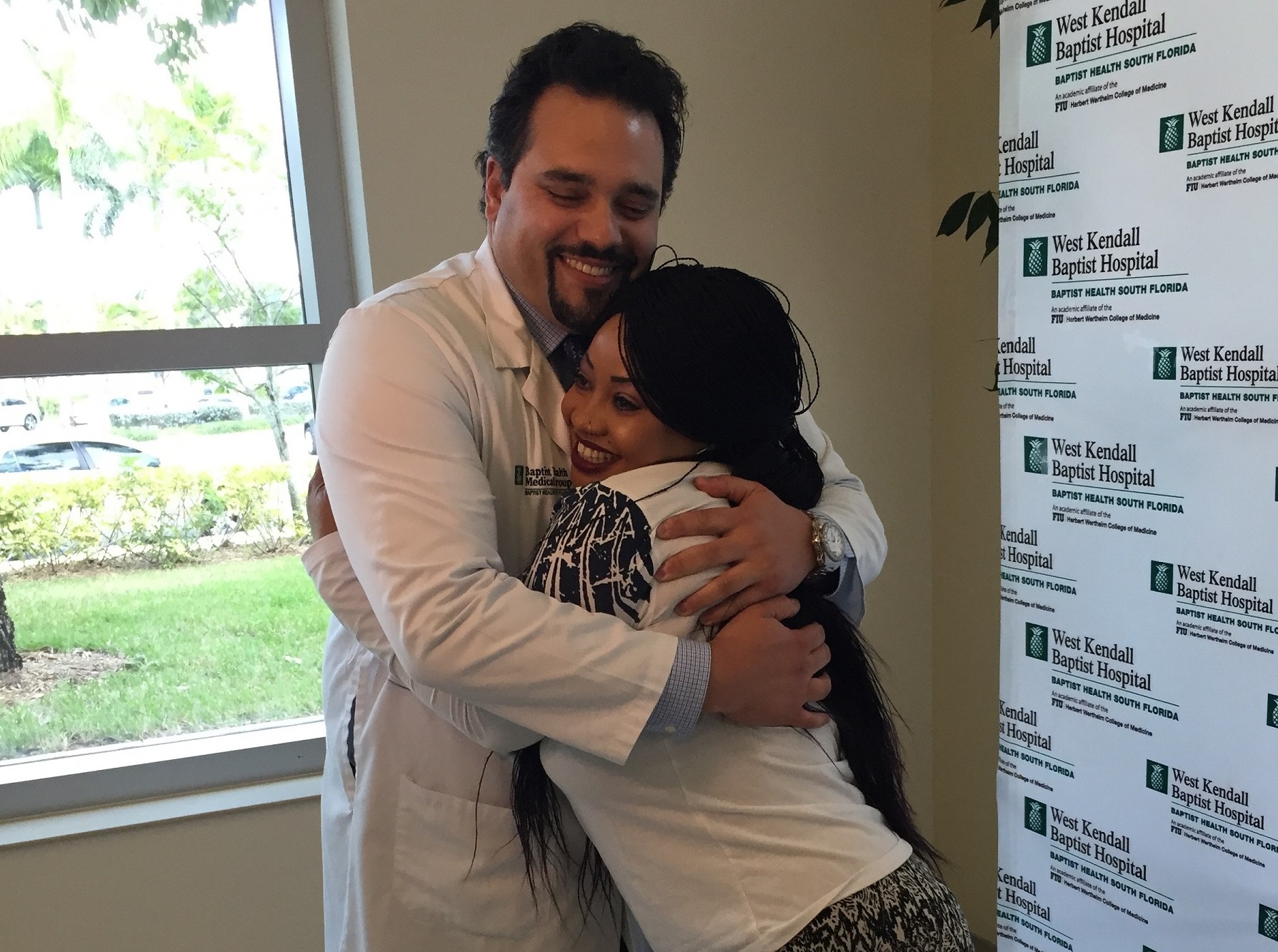 For Ndidi Elizabeth Ojobo, 29, what was expected to be a final, uneventful follow-up appointment with her orthopedic surgeon turned into a surprise celebration of her miraculous recovery from nearly having her leg amputated.

Doctors, nurses, therapists and others who cared for Ndidi at West Kendall Baptist Hospital surprised her with applause and hugs to mark her near 3-year medical journey. A car accident in 2014 in her native Nigeria left Ndidi with a left leg severely broken in three places.

After undergoing three surgeries in two countries to repair the fractures without success, doctors told her she needed her leg amputated. Seeking a different outcome, Ndidi searched online for another doctor. With the help of Baptist Health International and a two-year medical visa from Nigeria, Ndidi was led to Charles Jordan, M.D., an orthopedic trauma surgeon at Miami Orthopedics & Sports Medicine Institute in West Kendall.

When Dr. Jordan first saw Ndidi in 2015, her leg was in bad shape. Faced with repairing multiple fractures that were compounded by infection and prior surgeries, Dr. Jordan spent hours explaining to Ndidi the several surgeries and follow-up work that would be necessary to save her leg.

“She was facing the toughest odds you could possibly have after having a major lower extremity fracture,” Dr. Jordan said. “We talked about how it would take more than a year, multiple surgeries and lots of work on her part just to give her a shot at having function that was acceptable. It’s all she wanted to do, and I thought we had the team to do it.”

“She went from crying at nearly every session to slowly walking, and now she’s walking without any crutches,” said Ms. Acosta. “I’m proud that we were able to help her and happy to know she’s going to be able to lead a normal life.”

At the celebration, flanked by the medical team that helped save her leg and reflecting on how far she’d come, Ndidi was at times overcome with emotion. Now that she is no longer facing disability, she looks forward to working as a hairdresser upon her return to Nigeria.

“Everywhere I went before told me they would have to amputate my leg,” Ndidi said, holding back tears. “I am so grateful and thankful for what Dr. Jordan and his team have done for me. I won’t ever forget them.”

Dr. Jordan added, “She’s overcome all the statistics she was fighting against. She’s completely healed and looks fantastic. Events like this are a testament to the team we have and how hard everyone works to make people get better.”

The Baptist Health News Team was there to capture the surprise celebration for Ndidi. Watch the video now! 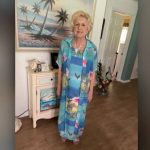 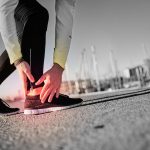