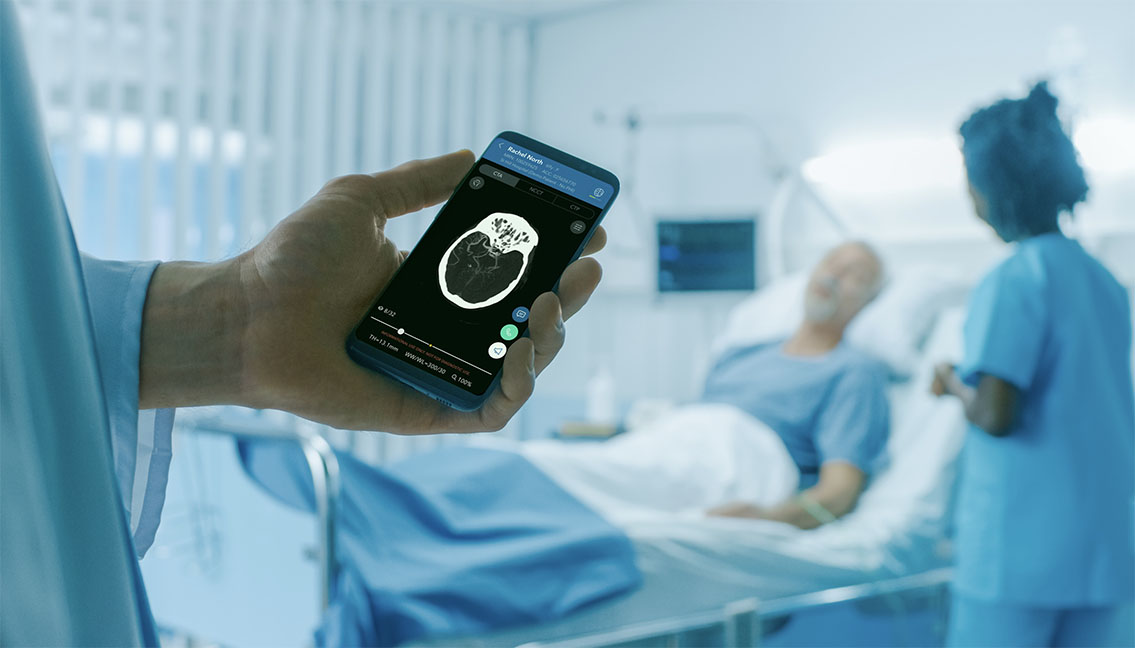 “Time is brain”is a phrase used by neurologists that refers to what happens in the criticalminutes and hours after someone suffers a stroke. With each passing minute, astroke victim loses, on average, 1.9 million neurons, 13.8 billion synapses and 7.5 miles of myelinated fiber. Afterjust one hour, the loss of neurons is equivalent to nearly four years of normalaging.

Such rapid deterioration of the brain following a stroke is why stroke treatment is considered the most time-critical in all of medicine. Literally every minute counts. Now, a new technology from Viz.ai – first employed locally at Baptist Health South Florida – is helping save precious minutes and ensure that every member of the stroke victim’s care team is on the same page with diagnosis and treatment.

The technology, approved by the U.S. Food & Drug Administration (FDA), combines sophisticated imaging software and deep learning algorithms with mobile communication tools to get the right patient to the right doctor at the right time.

Normally, a patientwho suffers a severe stroke is rushed to the nearest hospital, even if it isn’tequipped to treat strokes. There, a brain scan and other tests are performed toconfirm the type and severity of the stroke and how much of the brain hasalready suffered damage. Scans must be reviewed by a neuro-radiologist, whoconsults with a neurologist for treatment recommendations. Even at a ComprehensiveStroke Center like Baptist Hospital, the process can take up to 20 minutes. Astroke victim at a small rural hospital lacking the facilities or expertise totreat stroke might languish for hours while tests are sent to a neurologist atanother hospital for review.

Viz.ai’stechnology, however, instantly cross-references the patient’s brain scan againsta database of scans from other stroke victims. Within minutes, it makes thebrain scan images available to all members of the stroke care team andautomatically detects key image findings such as the presence of a blockedlarge artery in the brain, which would indicate a special type of treatment.This critical information is shared simultaneously with the neuro-radiologist,neurologist and other members of the stroke care team.

“Time is ourbiggest enemy with strokes and this technology enables us to cut diagnosis timeby as much as half, which translates to better outcomes for the patient,” says Felipe De Los Rios, M.D., neurologist and medical director,stroke program at Miami NeuroscienceInstitute, part of BaptistHealth. “By providing robust image views in 3D and at different angles, it givesus a better understanding of where the blockage is and how much surroundingtissue has been damaged.”

Stroke is an interruption of the blood supply to thebrain that deprives brain tissue of oxygen. It is the fifth leading cause of death inthe U.S., according to the U.S. Centers for Disease Control & Prevention(CDC), and the leading cause of long-term disability. On average, someone inthe U.S. has a stroke every 40 seconds; and someone dies from a stroke everythree to four minutes. Thousandsof stroke victims each year are disabled because care wasn’t provided quicklyenough.