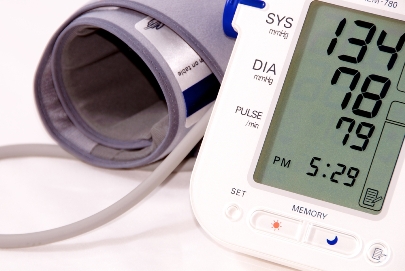 A U.S. task force that focuses on wellness and prevention is urging follow-up blood pressure monitoring for Americans whose true BP readings may not be accurately reflected at their doctor’s office.

The task force this week added one new provision in its guidelines, recommending physicians confirm a high blood pressure diagnosis with follow-up measurements before prescribing blood pressure medication or other medical interventions to a patient.

“Because blood pressure is a continuous value with natural variations throughout the day, repeated measurements over time are generally more accurate in establishing a diagnosis of hypertension,” the task force said.

The task force recommends follow-up screenings as a way to overcome the widespread problem of “white coat hypertension,” which is when a patient’s blood pressure measurement is significantly different in a clinical office, compared to actual readings in day-to-day normal living. Blood pressure may be elevated at a doctor’s office because a patient is nervous or experiencing acute pain, both of which can seriously affect a reading.

Regular blood pressure follow-up screenings also allow physicians to evaluate if there are other factors contributing to hypertension. High blood pressure can be a side effect of some medications.

The task force concluded that “15 percent to 30 percent of the population believed to have hypertension may have lower blood pressure outside of the office setting.”

“The disadvantages of diagnosing hypertension solely in the office setting include measurement errors, the limited number of measurements that can be made conveniently, and the confounding risk for isolated clinic hypertension,” the task force said.

Calibrate Devices At Your Doctor’s Office

It’s important for people who self-monitor to calibrate their devices at their doctor’s office, says Harry Aldrich, M.D., head of the cardiovascular section of the Miami Cardiac & Vascular Institute at South Miami Hospital.

And most importantly, Dr. Aldrich adds, it’s critical they don’t reduce or increase blood pressure medication based on changes in their BP readings — without consulting their physicians.

“You should never adjust your BP medication unless your doctor tells you to,” says Dr. Aldrich. “Self-regulating medication leads to sporadic BP control.”

High blood pressure is a prevalent condition, affecting approximately 30 percent of the adult population. It is the most commonly diagnosed condition at outpatient office visits. High blood pressure is a major contributing risk factor for heart failure, heart attack, stroke and chronic kidney disease. In 2010, it was the primary or contributing cause of death for more than 362,000 Americans.

Blood pressure, usually two numbers, measures the force the heart exerts against the walls of arteries when pumping out blood through the body. A reading of 120/80 mm Hg (millimeters of mercury) is considered normal.