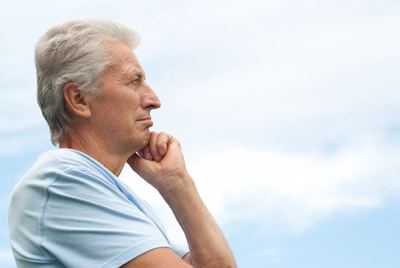 Money Top ‘Stress Trigger,’ Survey Says
Money is the top stress trigger in the U.S., according to a recent study from the American Psychological Association. The survey, which is called “Stress in America,” reports that 72 percent of adults participating in the survey reported feeling stressed about finances “at least some time,” with 22 percent reporting extreme feeling of financial stress.

“Regardless of the economic climate, money and finances have remained the top stressor since our survey began in 2007. Furthermore, this year’s survey shows that stress related to financial issues could have a significant impact on Americans’ health and well-being,” APA CEO and Executive Vice President Norman B. Anderson, PhD, said.

The good news? General stress levels are trending lower, and have steadily moved lower since 2007, according to the survey organizers.

The following stories offer additional details about stress and well-being:

It is a well-established fact that people who exercise regularly usually live longer and healthier lives, compared to those who carry on with sedentary lifestyles.

But what is the ideal dose of exercise for improving longevity? A new study reaffirms that light and moderate joggers have lower mortality than “sedentary nonjoggers.” But researchers also found that “strenuous joggers” who ran longer and harder have a mortality rate “not statistically different from that of the sedentary group.”

Translation: too much vigorous jogging may not be as healthy as a moderate-to-light pace of  jogging.

The researchers took data relating to 1,098 adult men and women of varying ages who had identified themselves as joggers back in 2001. They also had provided information about how often they ran per week, at what pace, and for how long. Researchers also focused on records for 3,950 age-matched volunteers who had said in 2001 that they did not engage in any type of intense exercise or did not exercise at all.

After following up and comparing the names of the study volunteers with death records, researchers determined who lived longer than average or had shortened lifespans.

The ideal amount of jogging for a prolonged life was between 1 hour and 2.4 hours each week. And the ideal pace was slow. The broad categories of “slow,” “average” and “fast running” were based on the volunteers’ own claims. Jogging pace was not precisely measured.

Read more about the amount of exercise that’s good for you: