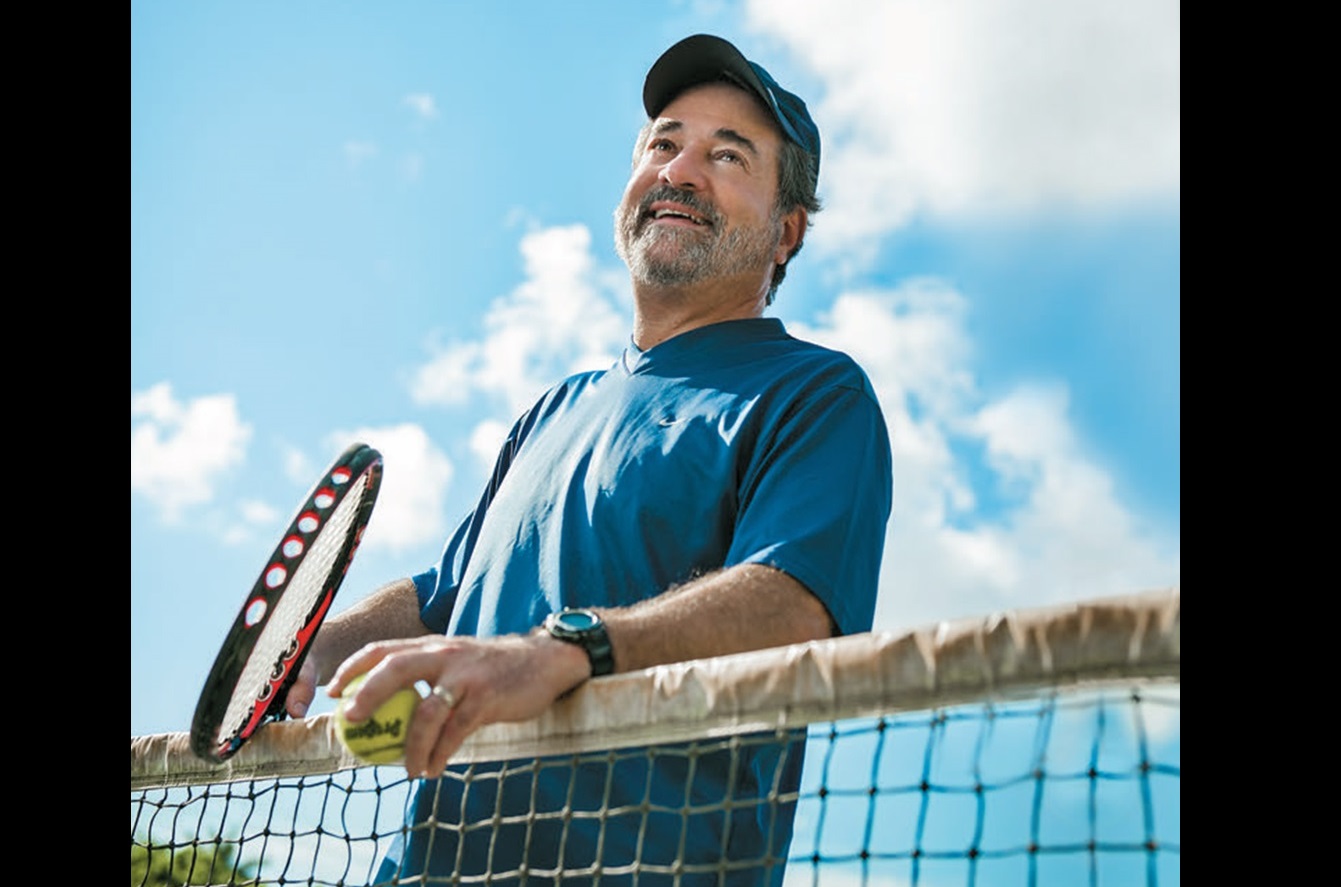 Miami Heart Study 'May Well Have Saved My Life'

U.S. Magistrate Judge Jonathan Goodman speaks bluntly, but with characteristic wryness, about his heredity. “The Goodmans,” he says, “have a history of dying early.”

At 58, his uncle succumbed to a heart attack. At 63, his father suffered the same fate. “My dad was in great shape. He didn’t drink, he didn’t smoke. He was lacing up his sneakers to go running when he keeled over in 1976.”

Judge Goodman (pictured above) was doing everything in his power to create a different destiny. He had given up  cigarettes as a young man, more than 35 years ago. He played tennis regularly, rode a bike and golfed. He avoided fried foods and didn’t eat much meat. He had regular stress tests and checkups with his cardiologist, who prescribed medications to control his blood pressure and cholesterol. And last year, at age 61, when a friend urged him to sign up for the Miami Heart Study at Baptist Health, he didn’t hesitate.

Late last April, Judge Goodman underwent the tests at West Kendall Baptist Hospital, including bloodwork, a CT angiogram, a blood vessel and lung function assessment, an ultrasound of the carotid arteries and other exams. He was barely out the hospital door when he received an urgent call from a Heart Study team member. “He said, ‘You need to see your cardiologist immediately,’ ” Judge Goodman recalled.

The CT angiogram revealed some serious concerns. “The most worrisome finding was a blockage in the left circumflex artery,” one of the three main arteries that supply blood to the heart, Judge Goodman recalled.

In addition, his coronary calcium score, which measures the calcium buildup in the coronary arteries, was 1,103 (0 is normal, 400 indicates a need for treatment and anything over 1,000 is alarmingly high). The next morning, he saw Harry Aldrich, M.D., his cardiologist. Dr. Aldrich, medical director of electrophysiology, EKG and stress testing at Miami Cardiac & Vascular Institute at South Miami Hospital, sent him to interventional cardiologist Phillip Erwin, M.D., for a cardiac catheterization.

It was not a surprise when the diagnostic images showed a 95 percent blockage in the left circumflex artery — his genetic fate tempting to unfold. At South Miami Hospital, Dr. Erwin performed a balloon angioplasty to open the artery and placed a stent in the artery’s wall to maintain the blood flow.

Under twilight anesthesia, Judge Goodman was in and out of awareness during the minimally invasive procedure. “I heard Dr. Erwin say these five words: ‘Launch stent delivery system now.’ I’m lying there thinking, wow, it’s like a NASA countdown. Those words will remain with me forever.”

His hospital stay was short and sweet. A few hours after the procedure, he was eating a late lunch with his wife, Suzi, at their neighborhood deli. “I was at work in chambers the very next morning; that is mind-boggling to me.”

Dr. Aldrich said Judge Goodman had been a model patient. “Jonathan was doing everything he could to control his risk factors,” he said. Judge Goodman’s doctors added a blood thinner to his medication regimen and he will try, as recommended, to lose about 15 pounds, even though he is active and fit.

Looking back, Judge Goodman said he had no obvious symptoms that his risk factors had advanced to a dangerous stage.

“Occasionally, I would get winded, that’s all.” He felt so lucky that the Miami Heart Study spotted the severe arterial blockage before it caused a heart attack that he sent a note to leaders across Baptist Health to express his gratitude.

“If not for the surprising CT scan results from your study, I never would have known of the significant stenosis,” Judge Goodman wrote. “I’m probably not exaggerating when I say that this study may well have saved my life.”