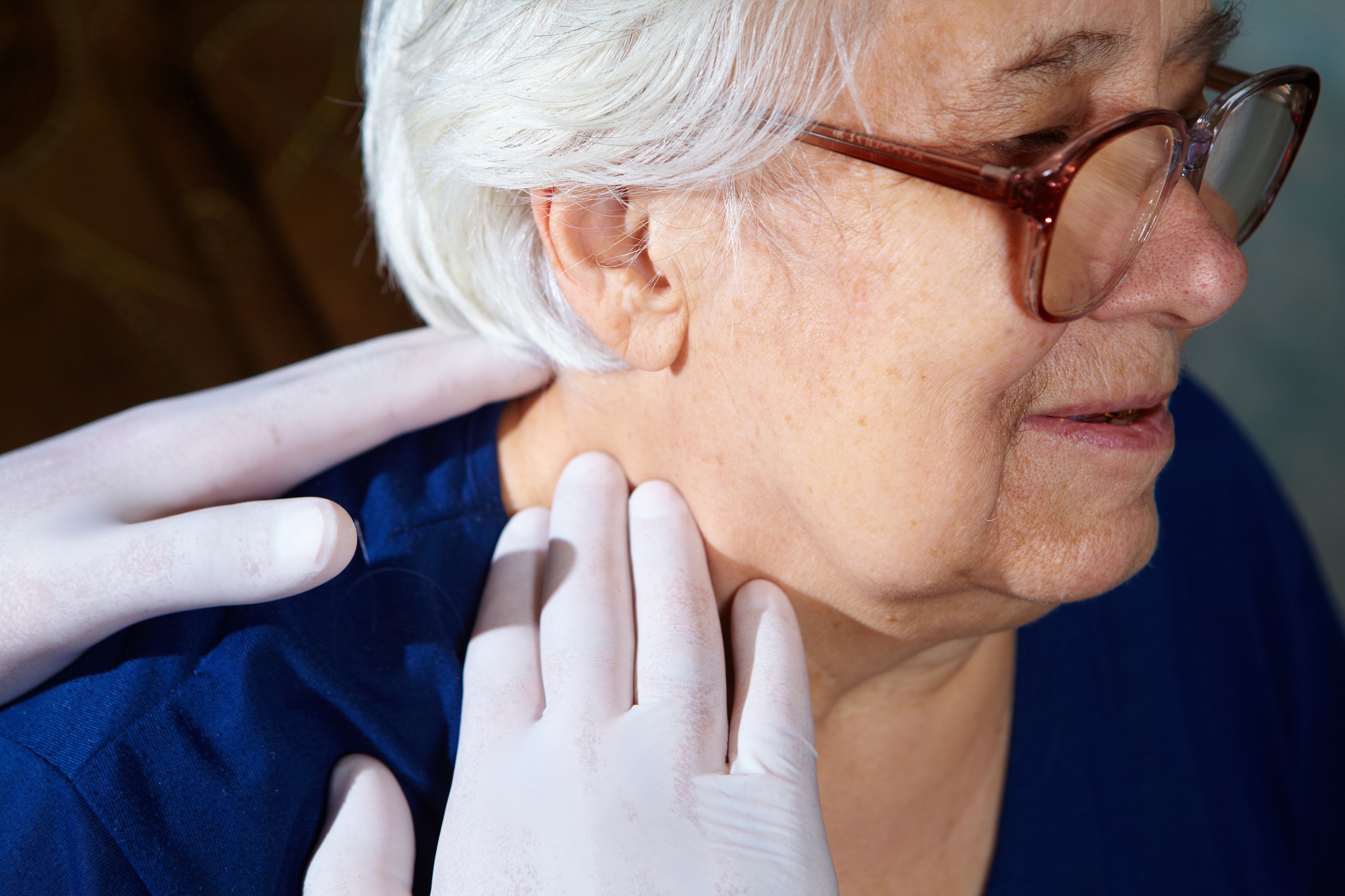 “This type of skin cancer is very rare, usually occurring in elderly Caucasians,” said Ramon Jimenez, M.D., chief of melanoma and soft tissue sarcoma surgery at Miami Cancer Institute. “People who are immune suppressed, such as transplant and HIV patients, are also at risk of Merkel cell carcinoma. And people with lymphoma, or cancers of the lymphatic system, are also more prone to this rare type of skin cancer.”

About 1,500 cases of MCC are diagnosed each year in the U.S., and about 70 percent of people diagnosed are older than 70, says the American Cancer Society (ACS). It credits better diagnostic tests, people living longer and being exposed to more sun and more people living with weakened immune systems as the most likely reasons for the increase.

“While MCC can develop anywhere, the most common area by far, and where about half of the cases appear, is the head and neck area,” Dr. Jimenez said.  “The sun exposed areas of the face, ears, neck and upper extremities are most prone, as well as the scalp in bald men.”

MCC appears as a solid, round nodule under the skin. These nodules do not cause pain but are noticeable and distinct from the skin surrounding them. They are usually fleshy and well circumscribed and can have coloration, looking red or purple, according to Dr. Jimenez.

“Although MCC is a type of skin cancer, it’s much different than melanoma,” Dr. Jimenez said.  “MCC develops in neuroendocrine cells which then become tumors of the skin. Also referred to as ‘small blue cell’ tumors, they are sometimes related to the type of tumors found in certain cases of difficult lung cancers.”

The main difference between the two types of diseases is that MCC is a type of neuroendocrine tumor, which means its cells share features with cells that normally make hormones in the body. Melanoma starts in pigment-producing skin cells, called melanocytes. MCC most commonly affects the elderly; melanoma is the most frequently diagnosed cancer in adults ages 20 to 30, according to the ACS.

“When you see a cancer that develops mostly in older people, it tells us the cause is most likely environmental in nature,” Dr. Jimenez said. “MCC has not been shown to have a genetic origin, so the most notable cause is exposure to the sun and its damaging ultraviolet (UV) light. And in some cases, a virus has been identified with MCC.”

Dr. Jimenez says the majority of MCC patients are diagnosed with stage 1 disease, when the size of the nodule is less than 2 centimeters. Stage 2 describes tumors larger than 2 centimeters but still localized. In about 25 percent of newly diagnosed MCC patients, the disease has already spread to surrounding lymph nodes, which is classified as stage 3.

Treatment for MCC is usually a simple surgery to excise the tumor, Dr. Jimenez explains. The surgeon also removes 1 to 2 centimeters around the nodule in the procedure. If MCC has spread to regional lymph nodes, the surgeon will also biopsy the affected lymph nodes.

“Not all Merkel cell carcinomas have the capacity to spread,” Dr. Jimenez said, noting close to 70 percent stay in one place.

“If biopsy results show any adverse features, like cells going to blood vessels, administering radiation to the tumor site is also recommended,” Dr. Jimenez says. “Radiation is an effective therapy because Merkel cell carcinomas are radiosensitive.”

About 10 percent of cases of MCC are diagnosed in an advanced stage in which the Merkel cells have metastasized and spread to other organs, such as the liver or lungs.  Dr. Jimenez says these patients are usually referred to a medical oncologist for systematic treatment with chemotherapy. And for some patients who are very old, radiation is the primary treatment.

“There’s a lot of excitement about new options to treat neuroendocrine tumors like Merkel cell carcinoma and some types of lung and pancreas cancers,” Dr. Jimenez said. “A combination of radiation and hormone therapy is applicable in suppressing these tumors.”

He adds: “Immunotherapy is also promising. First found to be effective in treating melanoma 30 to 40 years ago, there’s now an explosion of new immunotherapies proving to result in a ‘complete response’ to treatment, like that used to treat the liver and brain cancer in President Jimmy Carter.”