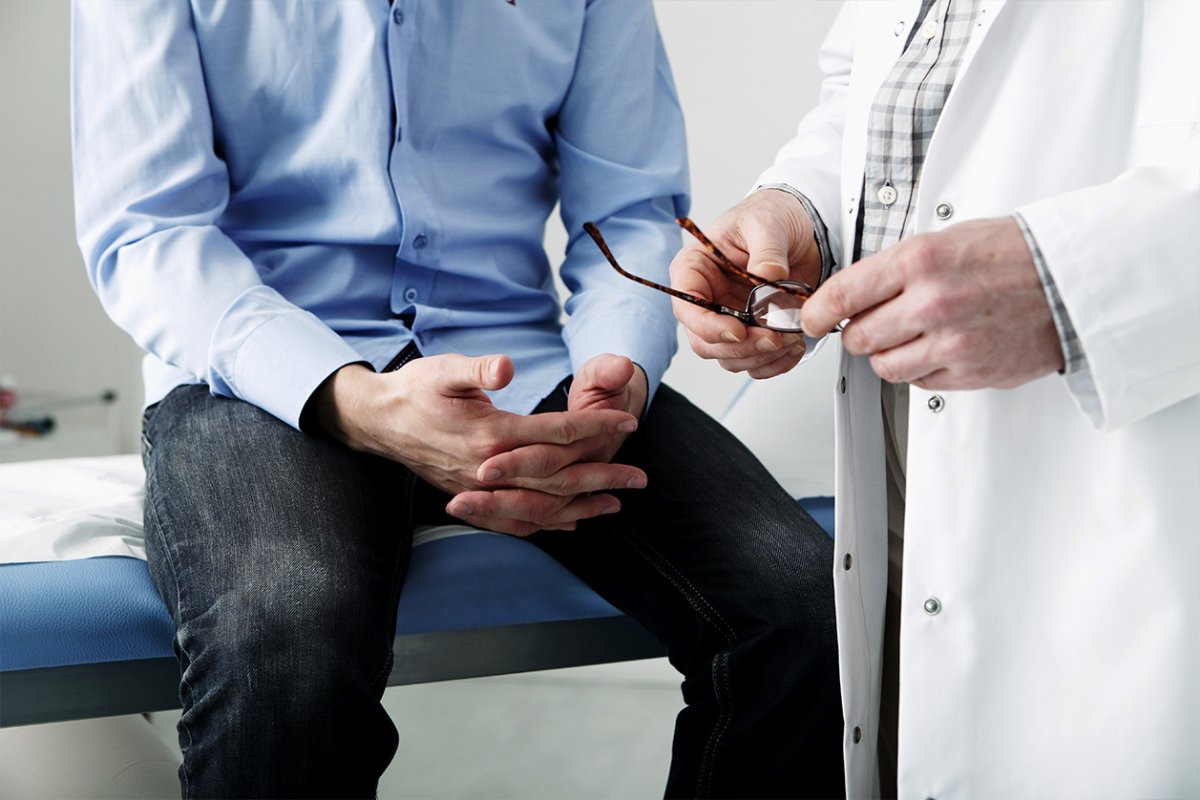 It’s Men’s Health Week, which coincides with Father’s Day on June 16. That means it’s time to heighten the awareness of preventable health problems and encourage early detection and treatment of diseases among men.

The Men’s Health observance is intended to encourage more men under 65 to see a primary care physician, for starters, and to promote early detection and treatment of diseases, including heart disease and prostate cancer.

In 1920, women lived, on average, one year longer than men. That gap has widened further. Men now die about five years sooner. Several factors are working against men. They tend to smoke and drink more than women. And because they miss out more often on medical checkups or screenings, they are more likely to come down with heart disease, the No. 1 cause of death for U.S. men, all age groups considered.

“We can’t stress this enough for men — they need to make time to see a doctor, starting with regular checkups that can detect risk factors through blood analysis, physical examination and family medical history,” said Rosendo Collazo, D.O., a physician with Baptist Health Primary Care. “This includes determining readings on blood sugar, cholesterol and blood pressure.”

1. You don’t have a doctor. Men need to find a doctor they can trust. But they have to take the first step, which usually involves checking their insurance provider’s reference materials or local listings.  It’s also a good idea to check with friends and family for recommended doctors, the AHA says. Physician referral services are also widely available to assist.

3. There’s probably nothing wrong. This one is very common, especially for men who believe they take care of themselves sufficiently not to have anything wrong with their health. But you need a doctor to be sure. The AHA points out that “some serious diseases don’t have symptoms.” High blood pressure is one, and it can cause heart attack and stroke. High cholesterol is another symptomless condition. So is diabetes.

4. You don’t have time. This one is a common excuse for not exercising, which can lead to weight and other risk factors. The AHA points out that “two hours could save your life if you really DO need a doctor.” That’s how much time you need to set aside for a checkup. And they’re usually just once a year, unless you need to follow up with a diagnostic appointment or a specialist. If that’s the case, then the checkup served its purpose.

5. You don’t want to spend the money. If you have good insurance coverage, this is much less of an issue. But the point of a checkup is to prevent chronic or serious health issues, which can be much more costly if you are not insured.

6. Doctors don’t DO anything. That’s a big misconception. Primary care physicians, for example, coordinate blood work and other diagnostics that can detect early signs of cancer or risk factors for heart disease. “You get news and knowledge that can bring better health, if you act on it,” the AHA said.

7. You don’t want to hear what you might be told. This is especially true for men who smoke, drink too much or have put on too much weight. “Some men have a tough time facing their health issues until it’s too late or they feel worse,” says Dr. Collazo. “That’s why regular checkups are important for helping men get on the right course to living healthier — before their quality of life is affected.”

8. You’ve got probe-a-phobia. Many men over 50 may benefit from a digital-rectal examination based on some underlying symptoms. But men should not let the prospect of this one test stop them from getting all the benefits of an annual physical.

9. You’d rather tough it out. Not a good idea if you have serious, underlying risk factors.  Unlike athletes who play hurt during a single event, “the Game of Life is about staying healthy for a long time – a lifetime,” the AHA says.

10. Your significant other has been nagging you to get a checkup. The AHA puts it this way: “OK, so you don’t want to give in. But isn’t it POSSIBLE you could be wrong? Give in on this one. See the doctor.”