The incidence of melanoma — an aggressive form of skin cancer — has spiked a whopping 200 percent since 1973, according to the acting U.S. Surgeon General. In a newly released warning, the Surgeon General urges the public to stop sunbathing and avoid indoor tanning beds, according to a Yahoo/Associated Press news report.

“While many other cancers, such as lung cancer, are decreasing, rates of melanoma — the deadliest form of skin cancer — are increasing,” said Assistant Secretary for Health Howard K. Koh, M.D., M.P.H.

About 5 million people are treated for skin cancer every year in the U.S., and $8.1 billion is spent annually for treatment of skin cancer cases. At least 63,000 new cases are diagnosed each year, with about 9,000 deaths each year from skin cancer, according to the government report.

“Tanned skin is damaged skin, and we need to shatter the myth that tanned skin is a sign of health,” said Acting Surgeon General Boris D. Lushniak, M.D., M.P.H. “When people tan or get sunburned, they increase their risk of getting skin cancer later in life.”

The Baptist Health news team has covered the topic of skin cancer in several reports:

Molecular Cell, a medical journal, reports that a research team from the Salk Institute in California may have located a gene that plays a role in the metastasis or spread of a fatal form of lung cancer.

“The gene helps cancer cells pull up their anchors in the primary tumor and move easily to new sites where they form new tumors,” according to Medical News Today.

Early detection is also a key to combating lung cancer, according to Baptist Health experts:

The number of prostate cancer cases in younger men has dramatically increased during the last two decade, according to a research report published in Nature Reviews Urology, a medical journal.

“Prostate cancer is considered a disease of older men (older than 65 years), but today over 10% of new diagnoses in the USA occur in young men aged 55 years and younger,” according to the authors of the research report. 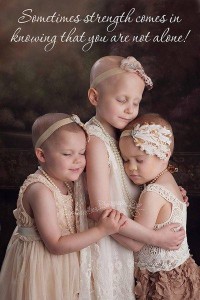 Good health news followed fame. Despite the initial grim prognosis, the cancer has gone into remission for all three girls, according to Yahoo news report.

To learn more about kids and cancer, please read the following blog posts: 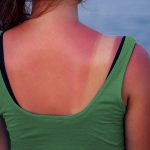 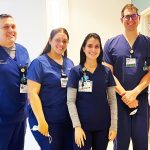