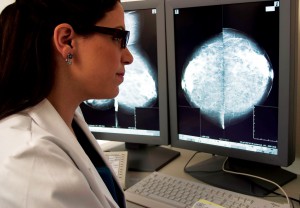 When to Get a Mammogram

With the release earlier this year of the Canadian National Breast Screening Study that suggested women start annual mammograms at age 50, gynecologists and doctors specializing in breast health are getting questioned by their patients about when is the right time to start regular mammograms.

The study, released in February, concluded that the death rates of women, ages 40-49 who had a normal risk for breast cancer and had a mammography screening once in five years, followed by regular physical examinations, was about the same as the death rates of those who had a mammography screening each year.  Based on the results they saw after following the women for 25 years, they said the incidence of over-diagnosis of breast cancer was 22 percent – a number they felt was too high.

This study follows earlier research, published in the Annals of Internal Medicine in November 2009, that had focused on whether over-diagnosis and over-treatment of breast cancer over a woman’s lifetime is reduced when mammograms are conducted every two years versus annually. That study concluded biannual mammography did reduce those instances.  That recommendation caused controversy, as breast cancer advocacy groups and medical organizations touted early diagnosis and intervention as lifesaving measures in the treatment of breast cancer.

“The American Congress of Obstetricians and Gynecologists , the American Cancer Society, the American College of Radiology and other reputable organizations, including Baptist Health, recommend that women with average risk of breast cancer start getting annual mammograms at age 40,” said Maria Pilar Martinez, M.D., a radiologist and the medical director of breast imaging for Baptist Health Breast Center.  “Those with a family or personal history of breast cancer may need to start screening earlier.”

Dr. Martinez advises patients that decisions regarding when to start regular mammography should be made only after a discussion with a personal physician who will know the patient’s health history and risk factors.

She also warns women not to get worried about the chance for over-diagnosis or false-positive mammography results.

“In general, about 10 percent of patients are called back for an area in question with screening mammogram,” she said.  “Most will need only extra views and/or ultrasound for clarification to show all is well. Some will be asked to return in six months for a follow-up mammogram or ultrasound.”

She says the goal with breast cancer, as with other cancers, is early detection, so putting off regular screenings is ill-advised.

“Mammography can detect early cancer before it becomes clinically palpable, with better chances of a less invasive treatment,” she said. 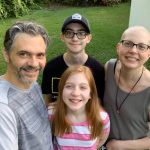