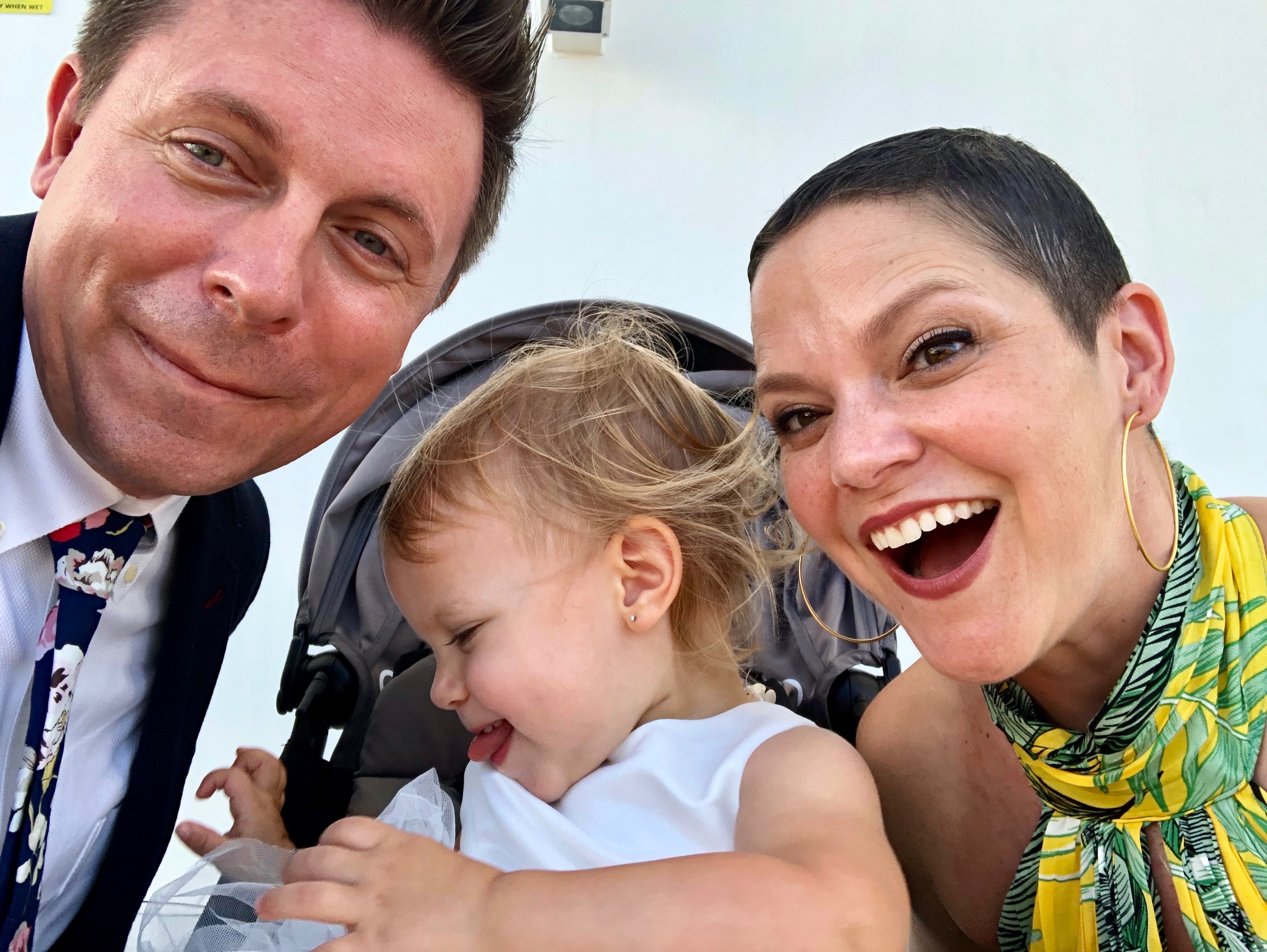 Cancer was the furthest thought in Rosemary Carrera’s mind. She had always led a healthy and active lifestyle, participated in half-marathons, was a triathlete, and she was very conscious about her eating habits. Adding to this list, she had recently had a healthy baby girl, which also led her to believe everything was fine.

But Ms. Carrera, an optometrist, was diagnosed with breastcancer – invasive ductal carcinoma, stage 2A – in early 2018. “Those words – ‘it’s cancer’ — are probably the hardestwords you’ll ever have to hear in your life,” said Ms. Carrera, 41

Ms. Carrera did not have any symptoms stemming from herbreast cancer.  “This was foundincidentally on a screening mammogram that was done and performed because shewas at the age of 40,” said StarrMautner, M.D., a breast surgeon at MiamiCancer Institute, “which is usually when we start to recommendscreening mammograms to be performed.”

It was a Thursday afternoon, a regular working day for theoptometrist, when she got the call from Dr. Mautner to inform her the resultsof her tests were positive.

“Everything just went silent … and then I thought about mydaughter. What if I am not here for her? What if I don’t get to see her turnone or graduate kindergarten, high school or anything like that,” recalls anemotional Ms. Carrera.

That realization made her want to treat the cancer asquickly and aggressively as possible.

“When I see a patient for the first time, I try to reassure them that they are really going to be okay and that we have treatments for this,” said Dr. Mautner. “We know how to cure breast cancer and most patients do very well.”

Ms. Carrera underwent bilateral mastectomies, which is theremoval of both breasts, followed by chemotherapy. After that part of thetreatment, she underwent a total abdominal hysterectomy, a procedure thatremoves the uterus and the cervix. In her case, the ovaries were also removed.The last part of her treatment consisted of radiation therapy to the chestwall.

Ms. Carrera said it was very comforting that all of herdoctors were at the Miami Cancer Institute. “I could schedule three or fourappointments in one day and see everyone all at one shot,” she said. “It wasalso wonderful to have this entire team with me throughout that kneweverything. They knew every step of my process.”

Ms. Carrera opened up about the pride she feels about beinga survivor, but also points out the responsibility it brings. “It’s your job tospread the message of awareness, the importance of early detection, theimportance of self-exams and mammograms,” she says.

Cancer has affected Rosemary’s life significantly. “The mainthing I have realized from this is that you can’t take for granted any momentin your life,” she said. “You have to take advantage of everything because youjust never know when something like this is going to pop up and you don’treally know what the outcome will be.”

Ms. Carrera has received a full gamut of treatmentrecommendations and procedures regarding her breast cancer. “She’s gone throughit all and she’s come out a warrior and a survivor and smiling at the end ofall of these. And truly, is an inspiration for all of us,” said Dr. Mautner.

Ms. Carrera and her sister decided to help women with alltypes of cancers go through their treatments with an initiative called 305 PinkPack. “We realized how important it is to have support through all of this soyou can focus on getting better,” she said. “Our goal is to help women with anytype of cancer get the supplies that they need on a temporary basis … also tohelp them with services, like home cleaning and child care, so they can focuson getting better.”

Their first project was participating in the Pink LemonadeStand Challenge with Rosemary’s nieces and their book club. The challenge is aneffort that consists of raising money for breast cancer research throughout theU.S., and the 305 Pink Pack initiative was the first effort in Miami. Theyraised $1,000 in their first hour in the event.

“We’ll be getting the word out through Facebook and we’llhave brochures and pamphlets here at Miami Cancer Institute,” Ms. Carrera saysproudly.