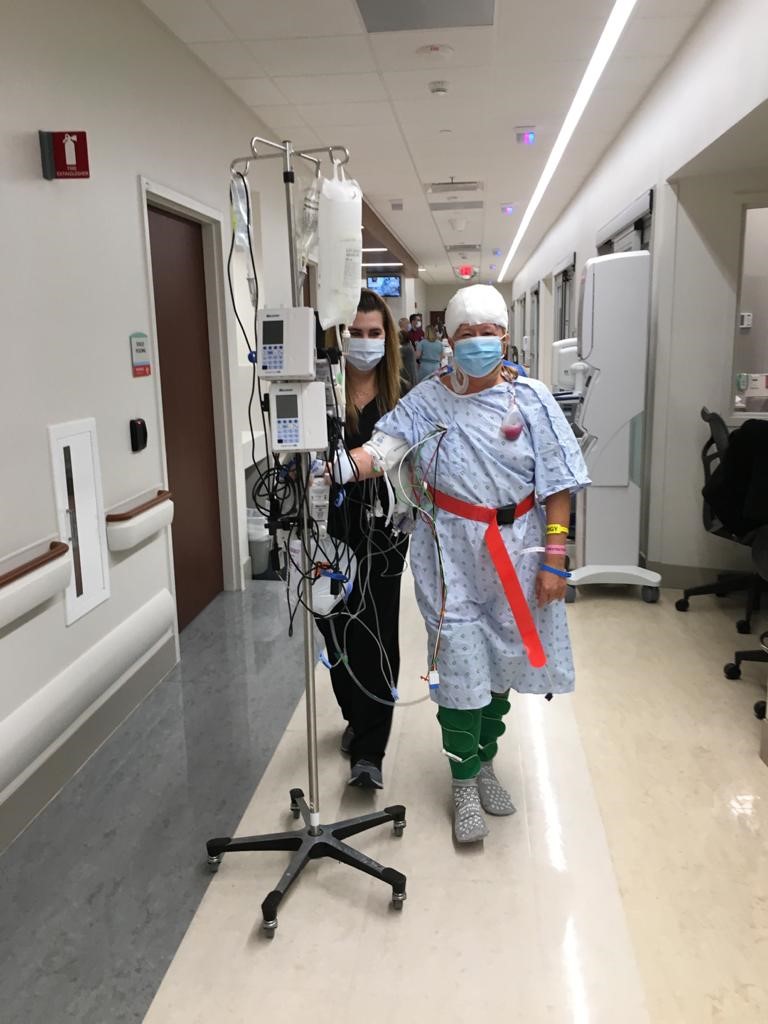 A routine trip to the supermarket became anything but for Grand Cayman resident Tania Slijper. The 57-year-old had just pulled up to the parking lot when her mother noticed something was not right.

Within moments, Mrs. Slijper collapsed and had a seizure. An emergency crew rushed her to the hospital, where she was stabilized. Subsequent tests and scans on the island revealed that she was suffering from a very serious condition, an arteriovenous malformation (AVM).

AVMS are lesions on the brain or spinal cord made up of a tangle of blood vessels. The greatest danger posed by an AVM is the possibility of hemorrhage, which in turn can cause a stroke or death. AVMs are usually congenital and most people suffer few, if any symptoms, which include headache, weakness, seizures, pain, and problems with speech, vision, or movement. Mrs. Slijper never experienced symptoms until the moment of her episode.

Doctors in Grand Cayman connected Mrs. Slijper with Baptist Health International’s office on the island, as time was of the essence to get the AVM evaluated. To Tania’s disadvantage, logistics were complicated as the coronavirus resulted in travel restrictions for Tania to get to Miami. In a tremendous team effort, the Baptist Health International team was able to get Tania to Miami within a week, despite the island’s quarantine lockdown.

Italo Linfante, M.D., director of interventional neuroradiology at Baptist Health’s Miami Neuroscience Institute, performed an embolization on the AVM (a procedure to cut off the blood supply to the lesion). “The Baptist Health International team did a tremendous job in coordinating all of the logistics of transferring this patient to us to receive the care she needed,” Dr. Linfante said.

Vitaly Siomin, M.D., director of cerebrovascular surgery at Baptist Health’s Miami Neuroscience Institute, followed up with surgery to successfully remove the AVM. “We did a thorough neurological evaluation and decided to treat her condition as soon as possible, with the embolization and resection of the AVM,” Dr. Siomin said.

Mrs. Slijper is well into her recovery back in Grand Cayman and hopes to be back to her favorite activity, Zumba dancing, soon.

Ironically, this was not Mrs. Slijper’s first encounter with Baptist Health South Florida. Almost two years ago, she was diagnosed with breast cancer and came to South Florida to be treated by Jane Mendez, M.D., chief of  breast surgery at Miami Cancer Institute. “Mrs. Slijper embodies what we speak of so many times in cancer care, which is the importance of having a positive attitude,” Dr. Mendez said. “She is a remarkable human being,” she added.

Baptist Health International offers a full range of services for international patients. For inquiries or to schedule an appointment, call 786-596-2373 or email International@BaptistHealth.net.