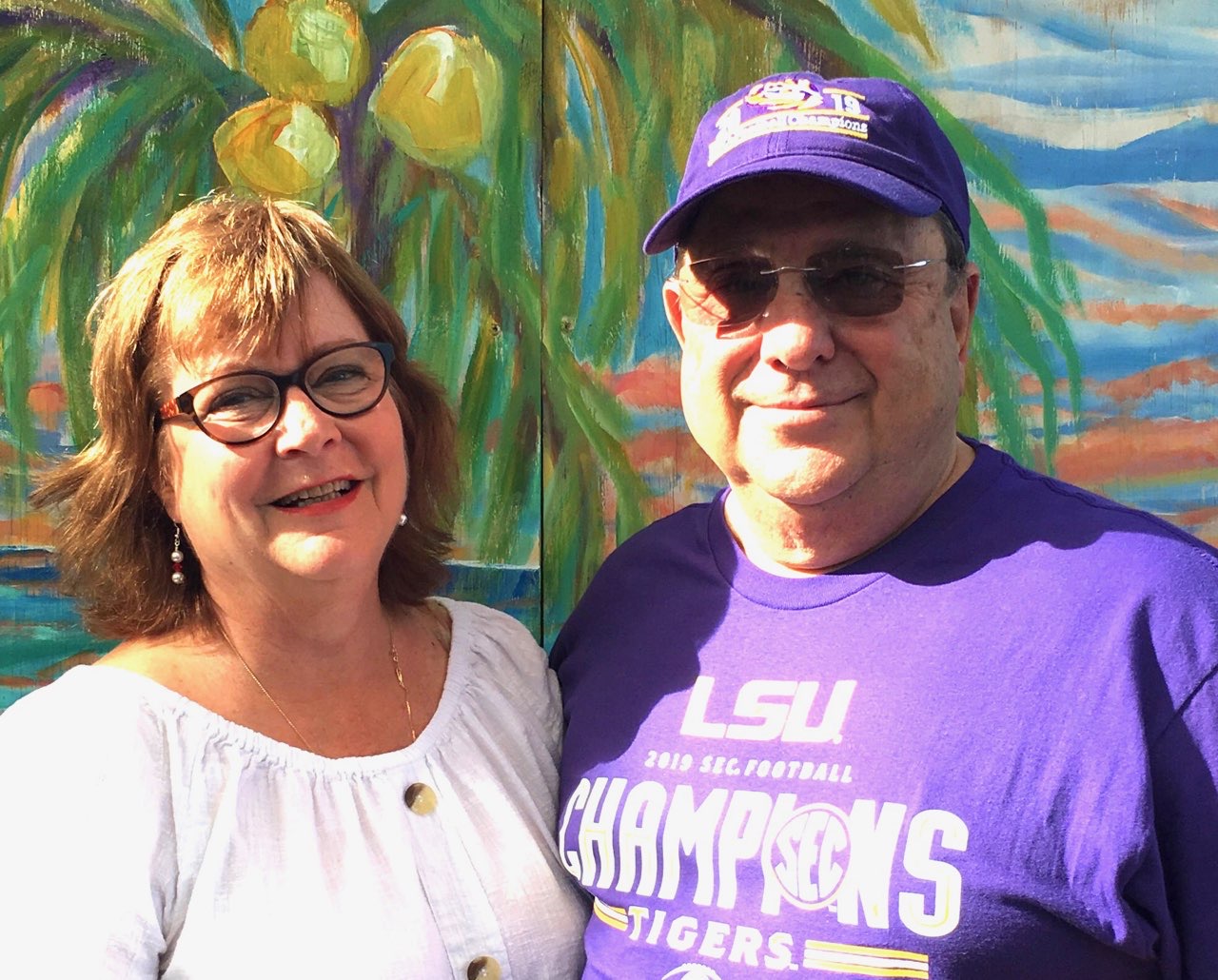 When it comes to risk factors for cardiovascular disease, Hulon Moorman ticked all the boxes. Family history? His mother had a host of cardiac conditions and his brother had a heart attack at age 29, succumbing to cardiac disease 10 years later. Overall health? He’s a lifelong smoker and drinker, overweight and has sleep apnea and high cholesterol, among other conditions.

Mr. Moorman admits he hasn’t taken good care of himself. “I was like a racehorse that got rode hard and put away wet,” jokes the 71-year-old retired oil worker from Opelousas, Louisiana who since 1989 has lived in Homestead, Fla., with his wife of 51 years, Victoria, and their family, surrounded by several hundred acres of avocado groves.

“I ate, drank and smoked too much and I was overweight,” which he says affected his mobility and made it difficult for him to consider exercising. “I used to love being outdoors and hunting and fishing but I don’t have much fire left in the furnace these days and I just sold my boat,” he says with a hint of sadness in his voice.

All of his risk factors eventually caught up with Mr. Moorman when he suffered a serious heart attack in 1997. “I felt pressure in my chest area and in my neck the night before, and the next day it was worse and I was breaking out in cold sweats,” recalls Mr. Moorman. But he says he didn’t want to go to the hospital, adding that he has undergone numerous surgeries over the years and has a high tolerance for pain. His family insisted he seek care immediately, however, and they drove him to Baptist Hospital, where he underwent a triple coronary artery bypass procedure the next day.

Eventually, Mr. Moorman wound up under the care of Jonathan Fialkow, M.D., chief population health officer for Baptist Health and chief of cardiology at Miami Cardiac & Vascular Institute, who has been following him for close to 20 years and who has developed a close bond with his patient.

Mr. Moorman had “extensive cardiovascular disease complicated by multiple co-morbidities, with multiple organs at risk,” according to Dr. Fialkow. In addition to his heart attack and subsequent bypass, Mr. Moorman was also diagnosed with cardiomyopathy – chronic systolic heart failure – and had an internal defibrillator implanted.

“I think he was simply overwhelmed by so many diagnoses and all the different medications he had to take, and he also found it hard to handle the prospect of making so many lifestyle changes,” says Dr. Fialkow of Mr. Moorman. “Although he recognized their importance, he has had difficulty following through on all of the recommendations and got frustrated at times. He’s also had issues with medication adherence – actually taking the medications he was prescribed.”

Last year, in an effort to optimize outcomes for patients like Mr. Moorman who have complex cardiovascular issues, Miami Cardiac & Vascular Institute launched its Cardiometabolic Clinic and became a charter member of the Cardiometabolic Center Alliance (CMCA), a national collaborative of healthcare organizations committed to helping patients better manage their conditions for a better quality of life and helping to ease the burden on health care organizations. Across its aligned member sites, care is delivered via a standardized, patient-centered, team-based approach that focuses on comprehensive risk reduction, according to the CMCA website.

“At Baptist Health, we hold ourselves to a much higher standard than what we know is available elsewhere in the community and we pride ourselves on taking a leadership role in treating and preventing cardiometabolic disease and other conditions to significantly improve lives,” Dr. Fialkow says. “Offering the full range of high-quality cardiovascular care, our work uniquely aligns with that of the CMCA’s and we look forward to collaborating to refine and strengthen care approaches to most effectively treat type 2 diabetes and other common and complex cardiovascular conditions.”

Baptist Health’s Cardiometabolic Clinic is overseen by Lisa Davis, PA, a clinical lipid specialist and APP manager of cardiovascular risk reduction programs at Miami Cardiac & Vascular Institute. Patients are placed in a registry that tracks their outcomes, she says. “We’ve worked with more than 100 patients to date, including Mr. Moorman, whose first visit was in February of this year, and we’ve found that taking a holistic, team-based approach to a patient’s health can lead to significant, sustainable outcomes.”

Part of that holistic approach entails offering patients “bundled optimized therapies” and providing collaborative care across various specialties, including the patient’s cardiologist and their primary care physician, endocrinologist, nephrologist and pharmacist, according to Ms. Davis. It also involves education, social work and helping patients navigate the sometimes formidable barriers to care, she says, adding that they also try to get the patient’s family involved when possible.

‘We are helping complex patients lower their risk of heart failure and hospitalization,” Ms. Davis says. “The advantage of a clinical program such as this is that it allows us to identify at-risk patients, work closely with them to control their conditions, improve their quality of life and, hopefully, keep them out of the hospital.”

Patient off to “a pretty good start”

Dr. Fialkow says that, thanks to the Cardiometabolic Clinic, Mr. Moorman’s numbers have improved over the past six months. “We’ve got his glucose levels under control, his lipid profile has improved, he’s cutting back on smoking, which he knows is a big issue, and he’s lost 15 pounds so far,” he says. “That’s a pretty good start for someone who for years was resistant to taking control of his health.”

Mr. Moorman, who recently bought a stationary bike to help get him moving more, says he has a great relationship with Dr. Fialkow and holds him and his team at Miami Cardiac & Vascular Institute in high esteem.

“Dr. Fialkow does a very fine job and runs his office extremely well,” he says. “I’ve been seeing him for a long time and I have complete trust in what he says. And Lisa Davis and the Cardiometabolic Clinic staff have been great. They even figured out how to save me hundreds of dollars a month on my medications and helped me with all the paperwork. I couldn’t have done that myself.”