Turn on any network news show on any given morning or early evening and you’re sure to see a commercial for a bladder-control product or disposable undergarments.

The frequency of these ads signals that urinary incontinence, or accidental leaking of urine, afflicts many people and generates substantial revenue for companies producing those products. But, actual prevalence rates of urinary incontinence are difficult to determine, says the American Urological Association.  That’s because definitions of incontinence and the populations studied vary widely, and many people often do not report the problem to their doctors or seek treatment out of embarrassment.

Of those who do seek treatment, a majority are women, according to the National Institute of Diabetes and Digestive and Kidney Diseases. Women’s bodies lend more readily to the problem, and childbearing and childbirth contribute significantly.

Stress urinary incontinence, according to the American College of Obstetricians and Gynecologists (ACOG) , occurs when the pelvic floor muscles that support the bladder and urethra weaken, allowing urine to leak when pressure is applied to those muscles, as during sneezing, coughing, laughing or exercising.

Urge incontinence, commonly referred to as “overactive bladder,” results from too-frequent contractions of the bladder or dysfunctional nerves signaling the need to urinate often.

Dr. Sepulveda, who is certified in female pelvic medicine and reconstructive surgery by the American Board of Obstetrics and Gynecology, says these three types of incontinence may be encountered at different phases of a woman’s life:

For treating urinary incontinence that has been diagnosed by a doctor, Dr. Sepulveda recommends following the American Urological Association’s (AUA) guidelines.

Women with stress incontinence should try to strengthen their pelvic floor muscles using pelvic floor exercises, or Kegels. These involve contracting and relaxing the muscles that control the flow of urine several times a day for up to six weeks. Dr. Sepulveda warns not to do these exercises repeatedly during urination. A specially-trained physical therapist can teach the proper technique for these exercises and, in some cases, will offer biofeedback, a method to monitor and record the response of the pelvic floor muscles.

Pelvic floor exercises also will also help patients with urge incontinence. Reprogramming the pelvic muscles and their response to bladder contractions is well supported by scientific evidence, Dr. Sepulveda says, making these exercises the primary therapy to help suppress urge incontinence episodes, urinary urgency and frequency. In select patients, pelvic floor stimulation and tibial nerve stimulation have proven effective, according to research published by the National Institutes of Health. Stimulation involves sending electrical currents through the skin along the nerve path using the pelvic floor or the back of the ankle as stimulation sites.

Most patients will improve with first-line therapy and will be able to postpone or eliminate the need to use medication or surgery, Dr. Sepulveda says. If those treatments don’t work, however, doctors may prescribe medications that target the variety of receptors that carry the signals for bladder relaxation and contractions. The goal is to reduce the urgency to urinate, as well as the episodes of incontinence. In cases of stress urinary incontinence, these medications are ineffective. While studies point to their effectiveness in urge incontinence, most carry a risk for side effects, including constipation and dry mouth. Treatment should be monitored by a doctor, the NIH reports.

Botox injection into the bladder by a trained professional has recently been approved by the FDA.  Dr. Sepulveda says for incontinence caused by illnesses such as Parkinson’s and multiple sclerosis, Botox injections are most effective. Sacral nerve stimulation, known officially as sacral neuromodulation (SNS), by a pacemaker-like device implanted in the pelvis offers relief that Dr. Sepulveda characterizes as a “home run” for people with combined urinary and fecal incontinence who haven’t seen success with prior treatment. As with any treatment, though, success depends on the doctor choosing the right treatment for the right patient.

Dr. Sepulveda says that while bladder sling surgery has received some bad press lately for complications publicized in the media, it still remains the standard of care when these other treatment options have failed. And, he adds, patients have the best surgical results when they have tried pelvic floor exercises and practiced good bladder-emptying habits. Like with any other surgery, patients should seek surgeons who have experience with the surgery and recovery from it, and should be honest with their surgeon about their previous treatments, habits and problems.

Dr. Sepulveda recommends anyone who leaks urine should speak to a doctor – a primary care physician, a gynecologist or urologist – to get the proper assessment of the problem.

“Incontinence is not normal,” he said. “Women and men should understand that most cases of incontinence can be effectively treated with pelvic floor muscle training. When that doesn’t take care of the problem, there are many other options. Living with this doesn’t have to be one of them.” 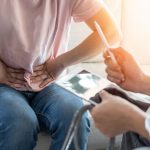 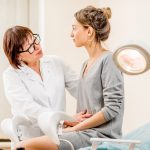 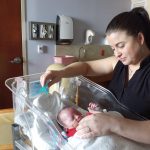