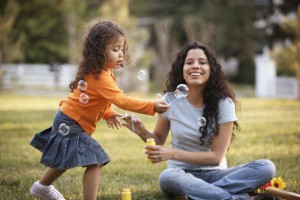 U.S. Hispanics have lower deaths than non-Hispanic whites from most of the 10 leading causes of death, with three exceptions. There are more deaths among Hispanics from diabetes and chronic liver disease, and similar numbers of deaths from kidney disease, according to new data from the U.S. Centers for Disease Control and Prevention (CDC).

The CDC recently featured Hispanic Health as part of its monthly “Vital Signs” series. Hispanics make up are the largest racial/ethnic minority population in the United States, about one in six residents.

South Florida is one of the top three U.S. metro areas with the largest share of Hispanics. The CDC believes that Hispanics can benefit form “leveraging existing programs to improve community health services and access to preventive care.”

“In South Florida, we know it’s important for Hispanics to manage chronic diseases, such as diabetes and hypertension,” said Tatiana Ivan, M.D., a Baptist Health Medical Group physician with Baptist Health Primary Care’s Family Medicine Center at West Kendall Baptist Hospital.  “But there needs to be greater awareness of the importance of regularly checking risk factors for heart disease and maintaining a healthy lifestyle, including diet and exercise.”

In the Hispanic community, like in other diverse cultures across the United States, proper nutrition in the form of a balanced diet is often overlooked across generations. Diet high in sugar and unhealthy fats, with not enough fruits, vegetables and whole grains, are common among Hispanic households, Dr. Ivan said. That mindset needs to change, as is evident in the fact that U.S. Hispanics are 23 percent more likely to be obese than non-Hispanic whites.

There has been progress overall. The CDC statistics show that 35 percent of Hispanics are less likely to suffer from heart disease, compared to non-Hispanic whites.

Large Hispanic households often feature three generations, and the middle generation usually is composed of a couple looking after their kids and their parents. This “sandwich generation” guards the health of others but can ignore their own.

“The kids and the grandparents sometimes get the healthcare attention, but the whole family needs to be vigilant of healthy habits and regular checkups,” Dr. Ivan said.

Risks also hinges somewhat on whether you were born in the U.S. or another country. Compared with U.S.-born Hispanics, foreign-born Hispanics have:

The CDC adds that social factors play a big role in Hispanic health. Among Hispanics living in the U.S.:

Moreover, Hispanics are almost three times as likely to be uninsured as  non-Hispanic whites.

Adds the CDC: “Hispanics in the U.S. are, on average, nearly 15 years younger than whites, so steps Hispanics take now to prevent disease can go a long way.” The CDC recommends the following steps for Hispanics, which follows fairly closely steps all Americans can take to improve their health: