Surgeons treating women with recurring ovarian cancer have a new approach that is showing some promise in improving survival rates.

Gynecologic oncologists John Diaz, M.D., and Ricardo Estape, M.D., who are affiliated with Baptist Health’s Center for Robotic Surgery at South Miami Hospital, are testing the effectiveness of combining robotic surgery with Hyperthermic Intraperitoneal Chemotherapy, or HIPEC, on patients who have recurring ovarian cancer.

“With this approach, we remove all the cancer that is visible from tissues within the perioteneal cavity, or lower abdominal area,” explained Dr. Diaz.  “Then, while the patient is still under anesthesia, we pump chemotherapy drugs that have been heated to 103-105 degrees Fahrenheit into the belly, washing it in a bath of cancer-fighting fluids.”

Dr. Diaz, who along with Dr. Estape, is pioneering the combined use of robotic surgery with HIPEC, notes that the magnified view produced by the robot’s camera allows the surgeon to see more clearly where the cancer is within the abdomen.  Compared with laparoscopic or traditional open surgery, Dr. Diaz asserts, this enhanced visualization helps them remove more cancer before the heated chemotherapy is applied.

During robot-assisted surgery, four to five incisions, about the size of a pencil eraser, are made into the abdomen.  Then the surgical team inserts hollow tubes, or trocars, held by the robot’s arm-like structures, into those incisions.  Through these trocars, a high-definition magnified camera and surgical instruments are passed into the patient’s body.  A surgeon sits at a console in the operating room and controls the robotic arms using his own hands and feet to perform the surgery.

In addition to improved cancer removal, Dr. Diaz says patients benefit from the robotic approach, because the smaller incisions mean a quicker recovery from the surgery.

“The standard of care for treating ovarian cancer is to remove the cancer surgically, allow the patient to recover for four to six weeks, then start traditional intravenous and intraperitoneal chemotherapy,” he said.  “The difference with what we’re doing now is that patients don’t have to wait to recover from their surgery before receiving the intraperitoneal chemo.  We’re doing it immediately in the operating room.”

Patients then go on to receive traditional chemotherapy.

Dr. Diaz says previous studies show that the earlier patients can begin traditional chemotherapy following their surgery the better their chance for survival.

Dr. Diaz says that until about three years ago, HIPEC was mostly used to treat cancer of the appendix.  But because of ovarian cancer’s tendency to spread only within the peritoneal cavity – much like that of appendiceal cancer – researchers began applying the approach to ovarian cancer.

“We know that intraperitoneal chemotherapy works to kill existing cancer,” he said.  “The heating of the chemo, though, has shown additional benefits to controlling cancer for reasons we don’t yet understand.”

Who is a Candidate?

Dr. Diaz and Dr. Estape have been collecting data on this approach for three years and have shown it to be feasible and safe for patients:
•    Who have had a recurrence outside of six months since their original diagnosis.
•    Whose cancer is confined to the peritoneal cavity.
•    Who can tolerate a major surgery with additional anesthesia time.
•    Whose cancer has been receptive to chemotherapy in the past.

And while the doctors recently presented their findings at the 2014 annual meeting of the Society of Gynecologic Oncology, they must show five-year survival rates before this approach may be considered for a wider use.

Five-year survival rates for patients with ovarian cancer have been improving since 1975, according to National Cancer Institute data. The American Cancer Society reports that the 5-year survival rate is 44 percent for all types of ovarian cancer diagnosed between 1988 and 2001. But with improved treatment options like HIPEC and others being studied, that rate is likely to continue to increase.

In the meantime, Dr. Diaz advises patients diagnosed with ovarian cancer to seek opinions from surgeons who have performed a large volume of ovarian cancer surgeries, about 40-50 per year.

“We’re making great strides in improving survival for ovarian cancer patients,” he said.  “And Baptist Health is included with top medical centers that are leading the way in this area.” 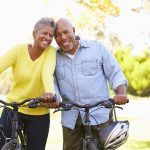 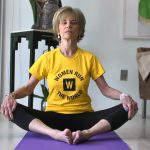 'My Depression Saved Me': A Patient Story