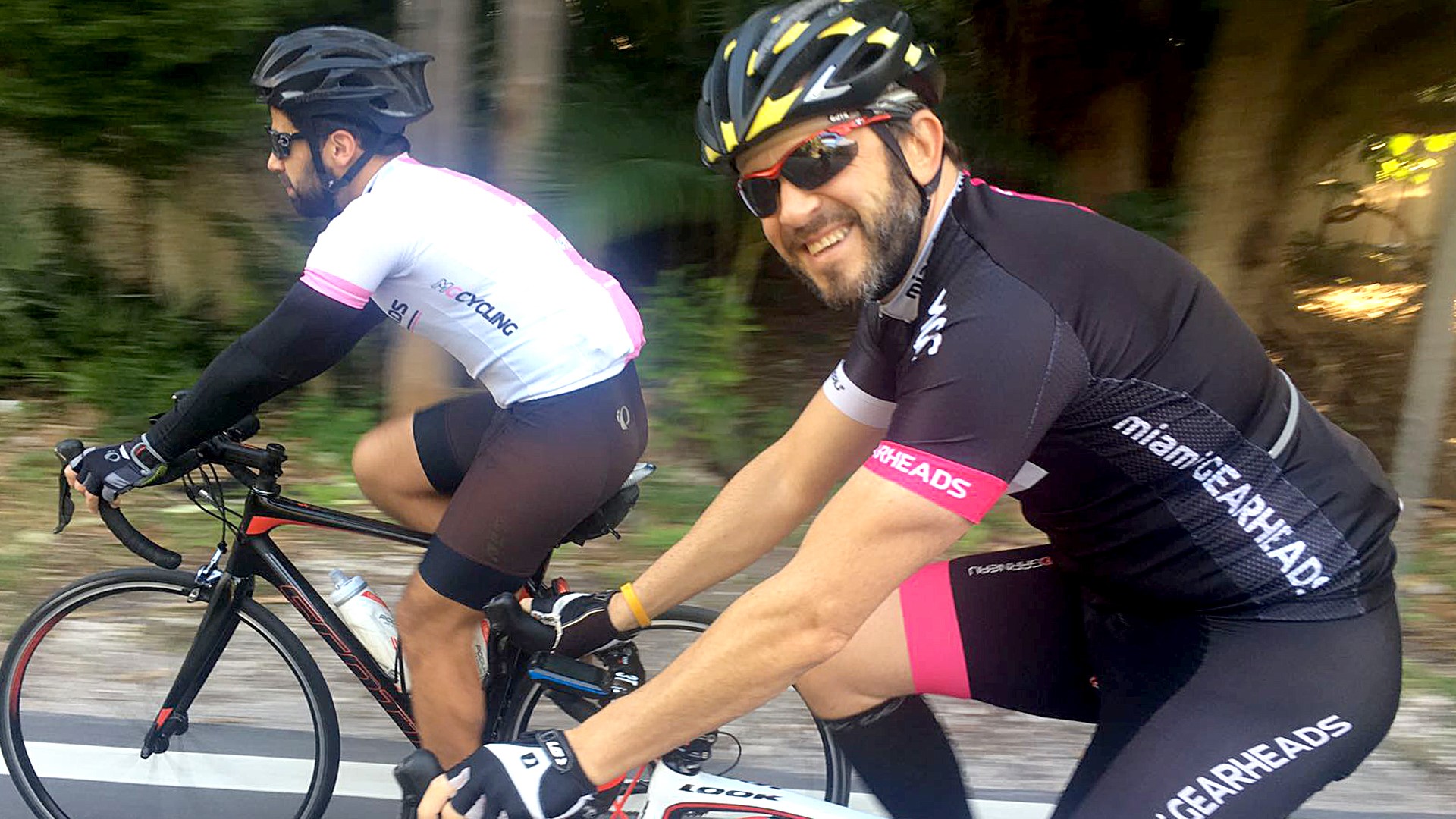 From Hip Replacement to Cycling in 26 Days (Video)

Alex Alexandrov, a 51-year-old avid cyclist, began suffering from arthritis over 13 years ago in both his hips. Eventually, the cartilage in the left hip was gone, with the right hip following the same path.

“It does not arrive one day. It kind of creeps in, like the fog,” recalls Mr. Alexandrov. “The absolute worse was trying to walk. Walking became excruciating.”

“The second I met with Dr. Alvarado I understood clearly that he heard my goals, understood my goals and had incredible self-confidence to say ‘Yes I can make this happen,’ ” he recalls.

“Bottom line is once the damage got to a certain point there is no salvage,” Dr. Alvarado said. “So it became a discussion of when we wanted to do the hip replacement and the ultimate decision was to do a minimally invasive anterior approach…and do both [hips] the same day.”

Minimally invasive, anterior-approach hip surgery allows the surgeon to work between muscles without having to detach them from the thighbones, allowing for faster recovery and less pain.

Mr. Alexandrov was shocked by the speed of his recovery.

“Dr. Alvarado encouraged me to walk the same day of the surgery, which I did. Also, in terms of his office and Baptist Health, it is so patient centric,” Mr. Alexandrov said. “The care is wonderful and I’m really, really pleased.”

Twenty six days after surgery, Mr. Alexandrov was back on his bike, cycling 50 miles on the road with no pain and with perfect form. Dr. Alvarado was extremely pleased with his progress.

“When I see someone like Alex recover so quickly and get back to his normal life after both his hips replaced after one day is very rewarding,” Dr. Alvarado said. “This is why we do this.”

Watch the video above with Dr. Alvarado and Alex Alexandrov.