Here's Why COPD is Deadlier for Women

What most of us know about chronic obstructive pulmonary disease (COPD) we learned from television ads for related medications ‒ an animated wolf who huffs and puffs and an elephant sitting on a man’s chest.

While fewer Americans are dying from the disease in recent years, a lack of public awareness may explain, in part, why COPD has remained the third-leading cause of death since 2008, with more women dying from the disease than men. Doctors say that the lack of a pro-active approach to COPD, among other factors, could also explain disturbing data released this fall, revealing that death rates for women are far ahead of men’s, while mortality rates are increasing for the middle-aged overall.

COPD Deaths by the Numbers

COPD, a chronic lung disease, affects more than 11 million people, and causes disability and death. Doctors and researchers believe the actual number is higher, because many people remain undiagnosed.

The data, released in September by researchers at the National Center for Health Statistics (NCHS), part of the U.S. Centers for Disease Control and Prevention(CDC), focused on death rates from 2000 to 2014. The rate of COPD-related deaths dropped significantly, 22.5 percent in men, but declined only 3.8 percent in women. The death rate for men between 45 and 64 rose 13 percent. However, for middle-aged women, the mortality rate increased by 24 percent.

Mortality rates for women, regardless of race, have outpaced men since 2002 for several reasons, said Javier Perez-Fernandez, M.D., pulmonologist and a member of Baptist Health Quality Network, a collaboration between Baptist Health South Florida and some of the community’s leading physicians. With increased advertising by cigarette makers, the numbers of women smoking began increasing significantly in the 1960s and 1970s. However, people exposed to cigarette smoke or poor air quality may not feel the effects for decades. Many women who smoked as teens or young women, or were exposed to toxins, are now feeling the impact, said Dr. Perez-Fernandez.

According to the American Lung Association, not only are women’s lungs smaller than men’s, but they are also more prone to lung damage from smoking and other environmental toxins. Experts also believe women develop COPD more easily than men. Research has shown that estrogen plays a role in worsening lung disease, and scientists are continuing to focus on  how hormones regulate mucus production and other factors that impact lung function.

Also, COPD has traditionally been viewed as a man’s disease, Dr. Perez-Fernandez said, both in society and within the medical community.

Dr. Perez-Fernandez, who is an active member of the national COPD Foundation, would like to see everyone take a more proactive approach to prevention and treatment, particularly women.

“A woman will go and get a mammogram as a check-up. You don’t do that, because you have a lump in your breast. It’s because you read something or you receive information from your health care professional that if you’re a woman of middle age you should have a mammogram done. That’s an example of a pro-active intervention. COPD is more often diagnosed by symptoms. It’s not proactive,” Dr. Perez-Fernandez said.

Women and men should be tested for COPD, he said.

In addition to smoking cessation and exposure to toxins, he recommends the outpatient Pulmonary Rehabilitation Program at Baptist Health. Patients are treated by a group of therapists who provide individualized care and state-of-the-art treatments. In addition, medications can improve lung functioning and quality of life.

Recently, West Kendall Hospital held a COPD Day to raise awareness about the disease. “Early diagnosis, early management and early treatment is one of the things that have made an impact on mortality rates of people with COPD,” Dr. Perez-Fernandez said.

See your doctor if you experience the following symptoms:

“People need to be engaged in the prevention and management of the disease as much as people with hypertension have been getting involved with disease management,” said Dr. Perez-Hernandez. “COPD is serious, but it can be treated.” 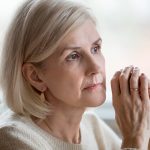 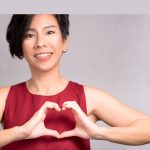 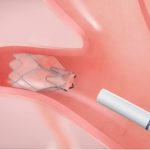