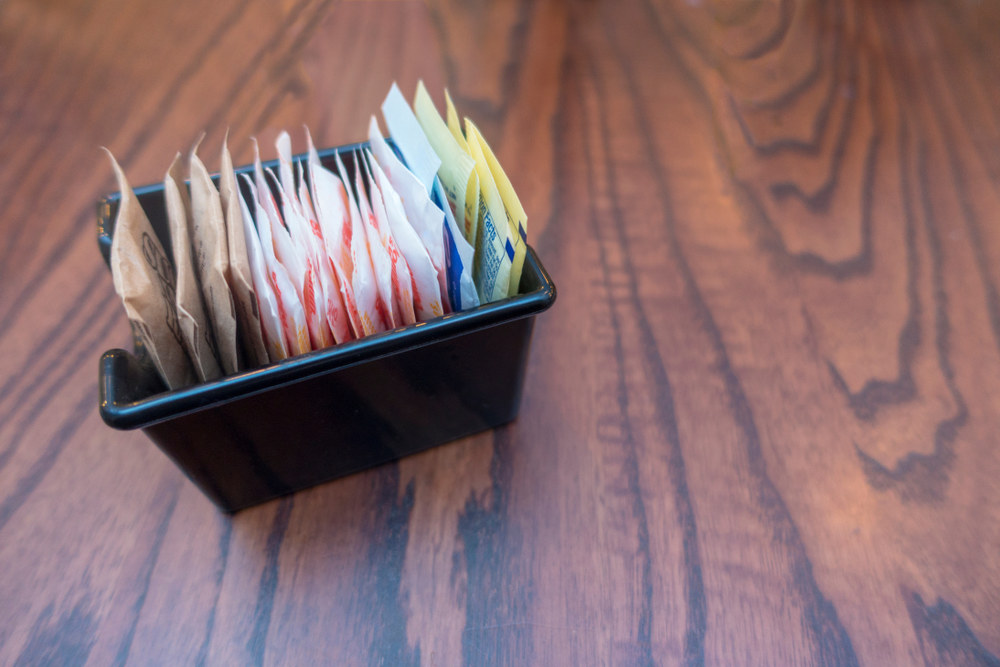 In the latest study that examines the effect of artificial sweeteners, researchers found that popular sugar substitutes may interfere with the way gut bacteria performs its essential job in the human body.

The gut’s microbial system “plays a key role in human metabolism,” and artificial sweeteners can have a negative impact, “such as inducing glucose intolerance,” the study found. Glucose intolerance refers to a group of metabolic conditions that can result in higher-than-normal blood sugar levels. Impaired glucose tolerance is tied to “prediabetes” — a condition found in an estimated one in four Americans. Prediabetes is diagnosed when blood sugar (glucose) levels are higher than normal, but not in the diabetes range. However, if the condition is left untreated, it  can lead to a diagnosis of type 2 diabetes.

Scientists at Ben-Gurion University (BGU) of the Negev in Israel, and Nanyang Technological University in Singapore, analyzed how commonly available artificial sweeteners impairs the E. coli bacteria produced naturally in the stomach. While some types E. coli can cause illness in humans, most strains of E. coli are not harmful are even part of the healthy bacterial flora in the human gut.

The study found that artificial sweeteners — such aspartame, sucralose, saccharine, and neotamethat — could have toxic effects on E. coli in the body. All of these products have been approved by the U.S. Food and Drug Administration (FDA) and are marketed under more commonly known names such as Equal and Splenda. The researchers found that when exposed to only 1 milligram per milliliter of artificial sweeteners, the bacteria found in the digestive system became toxic. That toxic effect makes it difficult for gut microbes to grow and reproduce.

“This is further evidence that consumption of artificial sweeteners adversely affects gut microbial activity which can cause a wide range of health issues,” stated Ariel Kushmaro, a professor in BGU’s department of biotechnology engineering, and one of the study’s authors.

It is generally a good idea to monitor and reduce the amount of artificial sweeteners in the diet because these sugar substitutes can cause more cravings for unhealthy sweet foods, explains Natalie Castro, chief wellness dietitian for corporate wellness at Baptist Health South Florida.

“Our taste buds are very, very sensitive,” Ms. Castro explains. “So one little packet of artificial sweetener is about 600 times sweeter to our taste buds than regular sugar. So that means that our brain thinks it needs that much sugar.”