Memorial Day cookouts are the perfect kickoff to summer and a great way to get together with friends and family. These gatherings center around eats, especially the favorite BBQ foods associated with summertime.

You can cut a few calories from your meal or dessert menu with grilled pineapple treats. (At Baptist Health, we’re a little partial to pineapples.) Grilling caramelizes the natural sugars in regular barbecued items and will do the same for fruit.

T CHEF RICHARD
Chef Richard Plasencia, executive chef at South Miami Hospital, joined Baptist Health South Florida in 2011 for the
opening of West Kendall Baptist Hospital. He is an award-winning chef who is passionate about creating and sharing fresh local and seasonal recipes seasoned with flavor and good health. In addition to an interest in nutrition, Chef Richard has an extensive history in the hospitality industry. 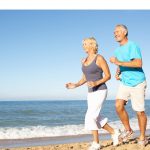