An increase in cases of meningococcal disease across Florida has prompted state health officials to urge residents – especially college students, men who have sex with other men and people living with HIV – to familiarize themselves with its symptoms and to take simple precautions to keep from contracting or spreading the disease.

The Florida Department of Health reports that the number of cases of meningitis in the state so far this year have surpassed the five-year average. The U.S. Centers for Disease Control and Prevention (CDC) has called it “one of the worst outbreaks of meningococcal disease among gay and bisexual men in U.S. history.”

The CDC said in a statement that there have been at least 24 cases and seven deaths among gay and bisexual men caused by the bacteria in Florida recently. The CDC also recommended that gay and bisexual men traveling to Florida should ask their health care provider about getting the vaccine.

Meningococcal disease is rare but can be deadly, according to Jose Vazquez, M.D., chief of primary care at Baptist Health Medical Group. “The two most common types of meningococcal disease are meningitis, which is an infection of the meninges, or the membrane lining the brain and spinal cord, and septicemia, or sepsis, which is an infection of the bloodstream,” Dr. Vazquez explains. “Sepsis can very quickly lead to tissue damage, organ failure and death.”

Fortunately, Dr. Vazquez says, these bacteria are not as contagious as germs that cause the common cold or flu, and people don’t catch the bacteria through casual contact or by breathing air where someone with meningococcal disease has been. “Transmission typically occurs through saliva and from close contact over a period of time or through direct contact such as kissing or sharing drinks,” he explains.

Enteroviruses, spread via an infected person’s stool, are the most common cause of viral meningitis, according to Dr. Vazquez. “This can be seen in small children who are not yet toilet trained, or even adults who frequently change diapers of infected infants,” he says.

Without treatment, most simple viral meningitis cases will improve on their own within seven  to 10 days, Dr. Vazquez says, but it’s important to establish a diagnosis as soon as symptoms occur. “Some viral meningitis cases – particularly those caused by the herpes virus – need to be treated with antiviral drugs to avoid permanent neurological damage,” he says. “And bacterial meningitis needs to be treated aggressively with antibiotics, as it can lead to serious long-term complications including brain damage, hearing loss, learning disabilities and even death.”

According to the U.S. Centers for Disease Control & Prevention (CDC), the main outbreak in Florida this year has occurred among gay and bisexual men and men who have sex with men.  While the current outbreak is mostly contained to people who live in the state, it has also affected some people who have traveled to Florida, the CDC says.

Other smaller outbreaks of meningitis have also been reported across the state in recent months. These include multiple cases among college students, who tend to live in close proximity in dormitories and share beverages and other things. While these are not related to the larger outbreak, the CDC says, they are still concerning.

Symptoms of meningitis to watch for

Initial symptoms of viral meningitis are similar to those for bacterial meningitis, according to Dr. Vazquez. “Symptoms can include fever, headache, stiff neck, muscle aches, nausea, vomiting, light sensitivity, vision changes, confusion, and sometimes a rash,” he says. Bacterial meningitis, however, has a more sudden onset. “The symptoms can come on quickly, literally from one hour to the next, and it’s a more severe illness,” says Dr. Vazquez.

A meningitis diagnosis is confirmed by analyzing lab specimens collected from the patient. Occasionally, some people may have no symptoms at first. Some children, for example, may be asymptomatic but carry the organism in their nose or throat, according to Dr. Vazquez, who says that if you think you or your child might have meningitis, you should see a doctor right away. “A doctor can determine if you have the disease, what is causing it and what the best course of treatment is,” he says.

Treatment depends on type of meningitis

Ladan Pourmasiha, D.O.,is a family medicine physician with Baptist Health and medical director for the health system’s Urgent Care centers in Broward County. She says that despite its seriousness, viral meningitis is rarely deadly in people with normal immune systems. Babies younger than one month old and people with weakened immune systems are more likely to develop severe illness from the disease, she says.

While there is no specific treatment for viral meningitis, it usually resolves on its own within two weeks and the symptoms can be easily managed, Dr. Pourmasiha says. “Antibiotics are of no help against a virus so once a diagnosis is established the only thing we can do as doctors is to recommend bed rest, plenty of fluids, and medicine to relieve fever and headache.” Symptoms of viral meningitis typically last a week or two, she says, and most patients experience complete recovery.

While antibiotics are powerless to fight viruses, they do fight bacteria and are very important when treating bacterial meningitis, Dr. Pourmasiha says. “Bacterial meningitis can not only be extremely serious, it can result in disability or death if not treated promptly,” she says. “The earlier you begin treatment, the better your chance of survival.”

Take these steps to keep from getting meningitis

Although no measures are 100 percent effective in preventing viral meningitis, Dr. Pourmasiha says that certain habits and practices we can easily incorporate into our daily lives – or have already done so because of COVID-19 – can help decrease our risk of contracting the disease.

“This includes washing our hands, avoiding close contact with people who are sick, cleaning and disinfecting frequently touched surfaces, as well as staying home when sick to avoid any transmission,” Dr. Pourmasiha says. “However, the best way to prevent viral meningitis is to get vaccinated.”

The Florida Department of Health recommends the MenACWY vaccine for people in high-risk populations such as college students, people living with HIV or other immunodeficiencies, and anyone in a high-risk group whose last meningitis vaccination was more than five years ago. Vaccines can be found by contacting your doctor, county health department or pharmacy.

Dr. Vazquez with Baptist Health Medical Group says that other ways viral meningitis can be prevented are by doing some of the same things we’ve become accustomed to with the coronavirus pandemic over the past two years.

“Avoid contact with anyone who has either been exposed to or is known to have meningitis and wear a mask, if possible,” Dr. Vazquez advises. “Also, try to avoid gatherings. This is a disease that commonly occurs in university dormitories, because people are in such close proximity to each other.” And, he adds, use common sense. “Don’t share drinks, don’t share toothpaste or toothbrushes, and avoid very close contact.” 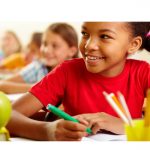